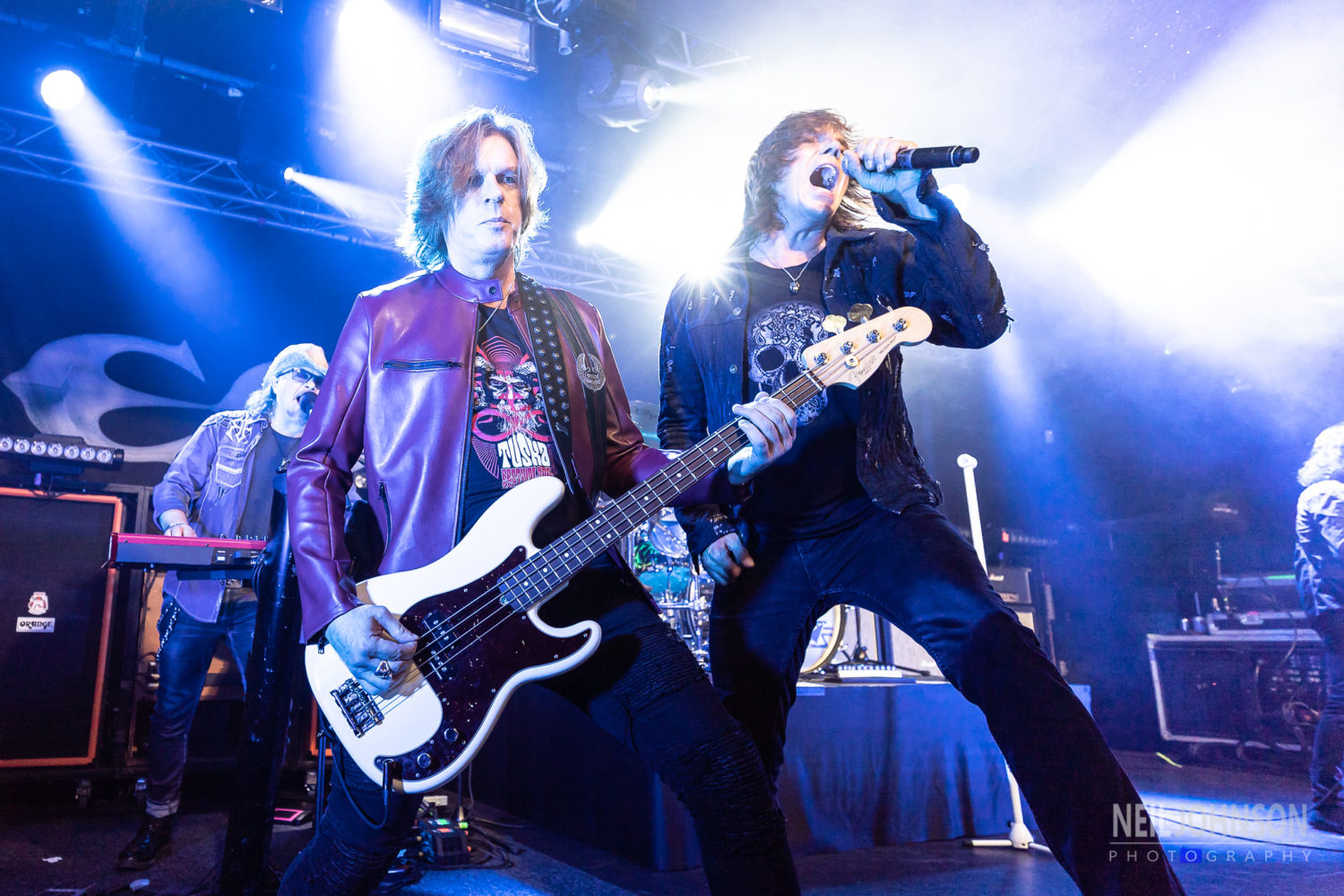 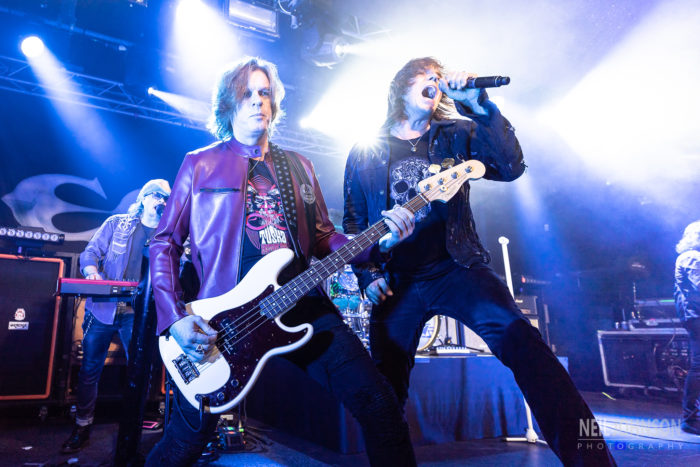 On the second wind of their career, Europe visits the ‘real’ Rock City to remind the UK that they have more than one song in their back catalogue.

It’s been a long time since I’ve had the chance to see Europe live. The Final Countdown album was a big favourite of mine and I would always carry a TDK C60 with me on the way to school just in case I could convince the bus driver to play it. But even back then the album was more than a single song, Rock The Night, Carrie, Ninja and Cherokee were all big favourites on the school bus. Unfortunately, The Final Countdown took on a life of its own and seemed to overshadow everything else.

Anyway, moving on the band has produced eleven studio albums, the most recent of which ‘Walk The Earth’ is a belting rock ‘n roll record and well worth a listen, the title track Walk The Earth is especially good! 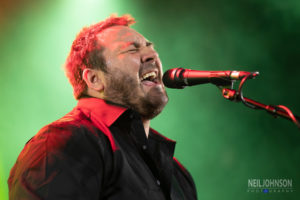 Tonight’s show we’re spoiled with King King supporting. An absolutely great live act that really does put on a proper show and have a robust set of songs.  They kick the night off with She Don’t Gimme No Lovin, which is a bruiser of a show opener and livens things up immediately. They run through Waking Up, You Stopped The Rain, Long History Of Love, Rush Hour, Lose Control before finishing up with Stranger To Love. These guys are well worth a special trip and they clearly have more than a few fans in tonight.

There is a short break before Europe hit the Rock City stage to Walk The Earth from their new record. It’s one of my favourites and goes down really well with tonight’s crowd. For anyone that hasn’t seen Europe since Margaret Thatcher was the prime minister, the spandex and hairspray have long since disappeared and what we’re faced with is a straight-up hard rock band. The sound is thick and powerful and Joey’s voice is still outstanding. 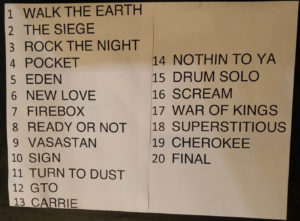 We’re treated to nineteen songs and a drum solo, I know they were popular back in Maggie Thatcher’s day and it was a fine display of tub thumpery, but I’d have probably preferred another proper song. One of the early highlights for me was Rock the Night, I was tucked away at the front of the stage doing what we gig photographers do, watching Joey’s beaming smile as the whole of Rock City erupted to the chorus. I’m willing to bet that many of the people screaming away haven’t sung these lines in twenty-five years. The human ability to remember song lyrics from the eighties, but not remember why you went upstairs is a delightful thing to witness, especially en-mass.

There were obvious big hitters through the night, but the three-song finale was utterly divine. Superstitious, Cherokee and The Final Countdown. Fifteen minutes of hard rock heaven with a band that are still absolutely smashing it out of the park. They will probably never break the shackles of the Final Countdown but it has to be said that the tracks from Countdown and Out Of This World are the real highlights tonight. As good as the newer material is and it really is good, it’s hard to beat the genuine 80’s hair metal classics.

Overall I really enjoyed this gig. Joey and the boys are on great form and it’s sent me into a prolonged eighties hair-metal back catalogue surfing episode that’s yet to end.