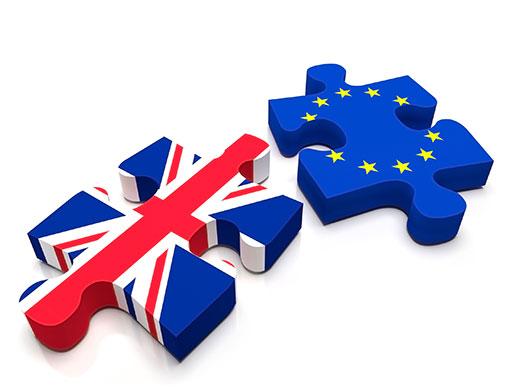 We will never know what went through people’s minds as they passed around Flavour Aid laced with cyanide during the Jonestown Massacre. We know that that most, aside from the children, were aware of their impending doom and yet they went through with revolutionary suicide anyway. All because of an unshakeable belief in a megalomaniac cult leader who was renowned, at least outside of the compound, for spouting utter shite.

Yesterday, England and Wales chose to sup from a poisoned chalice at the behest of conspiracy crackpots and anti-establishment, establishment figures. Despite all the warning signs, foolhardiness was the order of the day and in much of this fragmented nation, people chose identity politics over sanity.

As the post mortem on the terminally sick man of Europe begins, the causes of death will no doubt include the high numbers of traditional Labour wards that voted Leave. Throughout the de-industrialised enclaves decimated by Thatcher and left to wrack and ruin throughout the Blair/Brown years. People in these areas are, quite rightly – pissed off – suffering the brunt of Tory austerity with little hope of an economic upturn. Significantly, these are also areas that are least affected by immigration. Nevertheless, in the minds of many who live in these communities, it was migrants and the European Union who are responsible for their economic woes. Naturally.

Other deciding factors include people who hadn’t voted for decades rising from the dead to give the establishment a jolly good kicking and legions of decaying grandparents spiting their grandchildren for refusing their doily collection as an inheritance.

There’s no question that the media and gung ho politicians share responsibility for the result – and for the referendum even happening in the first place. Still, when so many people wilfully vote for economic Hari Kari, it becomes hard to pin the blame on Westminster and Fleet Street alone.

Culturally, we Brits tend to shy away from discussing political matters with each other, adhering to the adage of never talking politics or religion in the company of strangers. But, without partaking in robust debates with people outside of our personal echo chambers, we’re left incapable of articulating anything other than grunts of disapproval and hollow soundbites fed to us through the tube.

If you’ve just found yourself grunting your approval, that means you’ve still got half a brain to engage with before this self-inflicted lobotomy begins. You’ll know the procedure is over when you can no longer see the difference between a shovel handed navvy propping up the bar with a pint, and a privately educated, ex-City trader, using a pint as a prop.

Farage and his band of merry manchildren have co-opted the language of the disenfranchised, styling themselves as a workers party and appropriating social movements to appear more like a viable alternative. In actual fact they’re just a darker shade of Tory blue with a hint of brownshirt. The man of the people act is more transparent than wet bog roll splattered against the cracked window of a Brexit Battle bus. And yet it seems to have worked with large swathes of the country.

Back when we were capable of holding a conversation without an i-phone, a lot of ordinary people were anything but ignorant to the mechanisations of Westminster. A few even went on to become politicians themselves (without an Oxbridge degree in PPE) whilst others remained in the workplace to impart their wisdom. Some of them even read books!

But that was a long time ago. That type of carry on is for the Metropolitan Elite with their fetish for facts and predilection for experts. If you’re true blue collar white working class, then you need not worry yourself with all that caper. Leave it to Nige. He’s got your back. And another round…of cuts.

In many ways this had to happen. For too long the EU and migrants were the default scapegoats that successive governments pointed at to get out of a tight spot. The Empire ended a long time ago, but the misplaced arrogance that went with it has lived on through generations like some kind of hereditary amnesia.

We finally got what we wanted. To be truly out on our own. With no manufacturing or heavy industry to speak off, running on the empty fumes of call centres and the service industry. When the cost of living spikes, people will still find a way to pay for Sky and sink a few pints but when they’re struggling between paychecks, even more so than they already are, there will be a time when there are no scapegoats left to blame.  And at that moment they will realise – this is what I voted for.