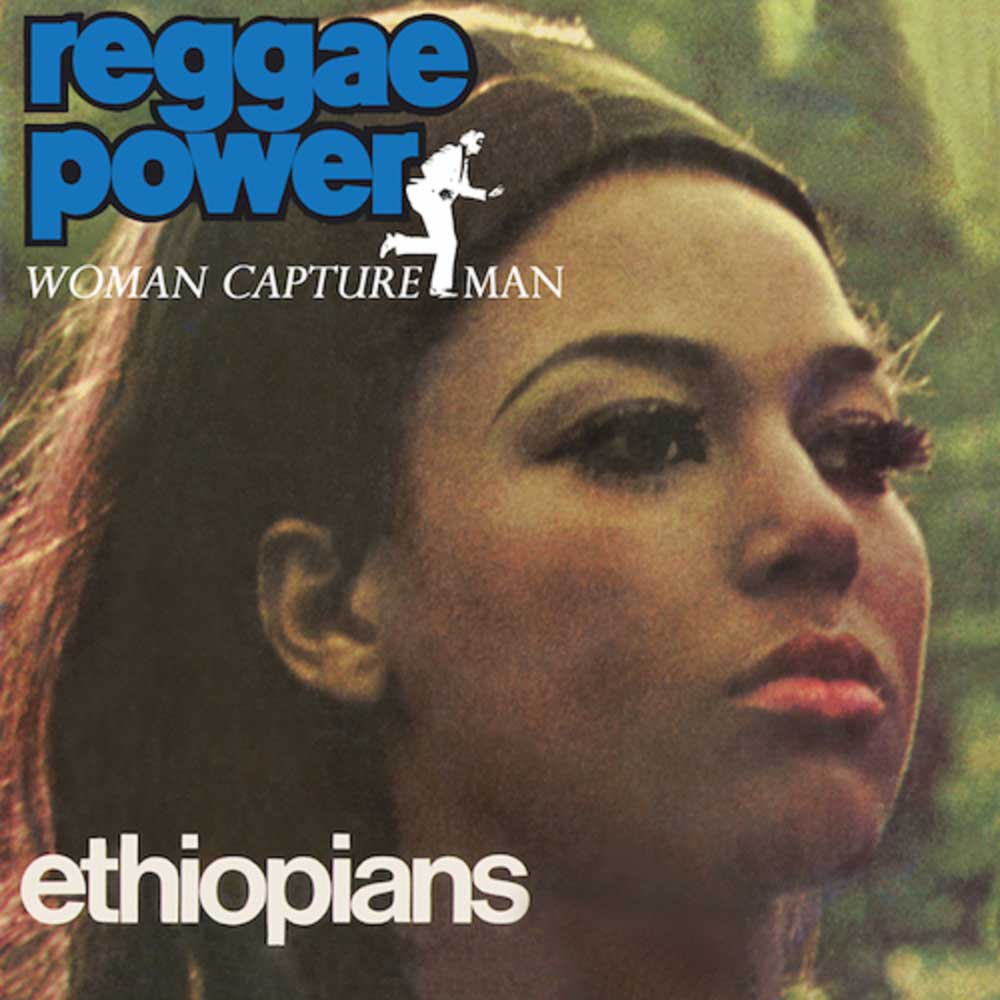 CD debut of the two Ethiopians 1969 and 1970 albums, along with six bonus tracks from the same period…….LTW’s Ian Canty looks back to the halcyon days of the ’69 Reggae boom…..

Leonard Dillon, a stonemason originally from the Port Antonia area of Jamaica, caught the music bug and like so many others headed for Kingston to realise his dreams in that direction. He certainly managed to do this as the driving force behind the Ethiopians, one of the finest outfits of the original Reggae era. Forming at first as a four piece, by the time of the recordings they had slimmed down to a core duo of Dillon and his friend Steven Taylor. Though the previous version of the band was popular, the rewards were scant and Dillon had continued with his stonemason profession, rather than concentrate on music full-time. This was until the classic Train To Skaville single, which was a massive success and led to the Ethiopians touring the UK in 1968.

Though they recorded for most of the productions bigwigs in Jamaica like Coxsone Dodd, the stars truly aligned for the Ethiopians when they hooked up with Karl “J.J.” Johnson. The choppy guitar style he favoured fitted the Ethiopians’ strengths to a T. In fact the producer himself kick-started one of their biggest hits by asking Dillon to write a song with the title Everything Crash. It was a time of civil disturbance and strikes on the island and the resulting song captured the feeling of the times perfectly. In a way it could have even influenced the thinking behind something like White Riot, a different environment yes but the same sense of dread. This record was met with a wildly favourable response by the record buying public and set the band up for the further successes that make up the material on this CD. Dillon penned the vast majority of the material on show here and listening to this it reveals him to have been a song-smith of no mean ability.

After their time with Johnson the duo recorded again for a variety of the island’s best producers including Prince Buster, Winston Riley and Rupie Edwards, as well as bigger names like Dodd (again), his long-time rival Duke Reid and Lee Perry (who Dillon also helped to build the Black Ark Studio for!). The Ethiopians had a strong run in the Roots Reggae era which was sadly brought to an end with Taylor’s tragic death in a road accident in 1975. Dillon struggled, mourning the loss of his friend and singing partner. Eventually he put the band back together again with ex-member Melvin King re-joining for a while and they enjoyed some success with this second wind, including the 1977 Slave Call album produced by Niney The Observer. Dillon used the band name intermittently through the years until he too died at the age of 69 in 2011.

Putting aside all the history, this new collection is a cracking listen, original Reggae at its very best. The Ethiopians had a knack for a good tune and could vary from dual vocals to a call and response style. This chimed in perfectly with the era. The Reggae Power album is chock-full of tasty melodies and rhythms and comes wrapped in a cool sleeve photo of future Carry On Girls actress Pauline Peart. Everything Crash is perfect, forlorn but beaty and very danceable and Hong Kong Flu (based around the sickness epidemic of the time) matches it with a great double voiced attack riding a rough but killer rhythm. Though it is beefed up to album length with two instrumentals courtesy of the talented J.J. All Stars, the golden grooves never let up and perhaps they even outshine the better-known singles on the quite brilliant Feel The Spirit, a 100% Reggae classic. A great LP in any case.

It is worth saying here however that the two albums overlap somewhat, with on Woman Capture Man the title track (which confusingly was the first track on Reggae Power!), Everything Crash and Hong Kong Flu being repeated. This probably had something to do with Trojan attempting to squeeze as much mileage as they could from the hits by appending them to the second album. Also by the time of release in 1970, the Skinhead craze was tapering out a tad. For the time being though the Ethiopians were still a popular act at home and abroad and this second disc was a solid follow up, with some fine tracks.

On the whole Woman Capture Man is a more low-key and quieter record than the exuberant Reggae Power, but its cooler approach does deliver. Reggae was in the process of shifting a little from the rough and jerky sounds of a year previous to something a little smoother and slower. It does seem here that the Ethiopians followed suit in their own way. The vocals are brought right up to the front of the mix, with the instrumentation a little more in the background. High High juggles the new and old approaches well, still appealing to the shaven heads that remained loyal through its fairground-style organ sound, but with a sweeter vocal style employed. The very catchy Hang On follows suit, as well as the fatalistic but addictive single Things Get A Bad To Worse, but the love song I Want Your Baby demonstrates the shifts in fashion that were going on at the time.

As well as the quality of the albums, the bonus tracks which are mostly from the high watermark year of 1969, are almost uniformly excellent. The standard Rock/Pop ballad My Girl is the only one that is ordinary out of the six. Well Red with its “Well Dread” refrain could be seen as a prototype of the militant Reggae of five year later and Buss Your Mouth has some great back and forth between Taylor and Dillon whilst tackling the subject of malicious gossip. Wreck It Up, which ends this collection, is just beautiful, summery Reggae, an absolute peach.

Though the Ethiopians are not a name that tends to crop up much when discussing the history of early Reggae, this new release shows them at the apex of the ’69 boom. They cranked out addictive songs to rhythms that could make the most ungraceful of us cut a rug (and I am including myself in that too). As well as being highly danceable, they didn’t shy away from serious subjects as Everything Crash and Things Get A Bad To Worse show. Listening to them in 2018, the Ethiopians still sound superb, feelgood music that made you think and dance. What more could you ask for?