Home Blogs Ethan and The Reformation – new single and Interview 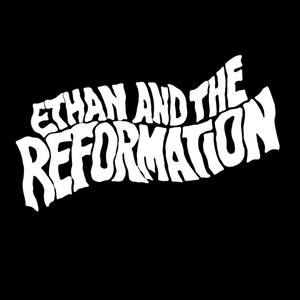 The world needs Ethan and The Reformation right now. Taking a refreshingly positive outlook on that which surrounds them, the Bury, Manchester five-piece are all set to take off on their magic carpet whilst putting a contemporary twist on lost 60’s psychedelia that allows for an escape from reality without ever taking a step outside your front door. Matt Mead catches up with the band and interviews them for Louder Than War.

“Everything inspires us; the world itself, the people that live in it… forgetting all the divide and rule bollocks that is rammed down our throats 24/7,” tells the band’s vocal ringleader and rhythm guitarist Ethan Davies. “If you take the time to stop and observe it, there is still real beauty left in the world. If I can capture and communicate even one iota of that beauty, then I’m happy.”

Inducing a reformation of ideals which question the stance of Ethan alongside his cosmic cohorts of lead guitarist Mick Mac, bassist James Cordeiro and Jack Wakeman on keys, make the most of alluring escapist music. Across its 4 minutes, new single Fractaline Fantasies is the band’s 3rd offering and takes a more hypnotic route and can create a somewhat darker mood than it’s predecessor, however, framed with an outro that’s all sunshine and love. Taking its lead from the East and time gone by it offers an insight into the feelings of freedom and liberation from a system in which we all live from cradle to grave.

‘Fractaline Fantasies is about letting yourself go if only for a few minutes’ Ethan says ‘The idea is to take a step back, forget all those things you believe are essential but in reality, aren’t and love yourself. Realise you have the potential to be happy and enjoy life, recognise how truly amazing your capabilities are. You can only love others and bred the positivity that comes with that if you love yourself first.’

Coming together through a pursuit of psychedelia and mutual love for playing rock’n’roll, Ethan first met Mick whilst the pair were performing at Germany’s Wonderwall Festival – a bill topped by one of their many heroes, Jefferson Airplane. Later, following a chance reunion at Liverpool International Festival of Psychedelia, they bonded over bands from 13th Floor Elevators and The Koobas to The Chocolate Watchband and Tame Impala.

Fractaline Fantasies even provides a form of escape for the band, from their hometown of Bury, even if it’s just as far as the bright lights of the city centre. ‘There’s a great thing going on in Manchester at the moment; a lot of good bands but it’s definitely a community as well. Everyone supports one another, turns up to each others gigs, buys each others music, that’s what’s needed, it’s great to be involved in the Manchester music renaissance.’

Recorded with Dean Glover at the city’s famed Vibe studios, Fractaline Fantasies, captures a no holds barred, freedom to explore their sound in every given direction. “Dean was excited about the direction we wanted to take the tune in,” recalls Ethan. “We helped him go to new places; in turn, he sent us down paths we wouldn’t have otherwise explored. He’s brutally honest which is exactly what you need, you don’t want a yes man to blow sunshine up your arse, you need someone to tell you straight if something isn’t working and help coax the remedy out of you.”

Ever since tickets for their first two headline shows flew into eager fans’ jacket pockets, Ethan and The Reformation have been whipping up a sonic sandstorm. Since then, TV sync deals beckoned and debut single ‘Hollandia’ was played 100k times in just a few months on Spotify before the band even had chance to wield their colourful live show to the city’s newest all-dayer, ‘When In Manchester.’ “That gig was incredible, the room was full of people that had come to watch us, there were special things happening in that room that night,” Ethan remembers.

Whatever’s going on in the world, essentially Ethan says, it’s about staying true to all that’s real. “Find the stuff that will do something to you on the inside, that will inspire you to go and pick up a pen or an instrument and write something that will change someone’s life, that’s what music is all about.”

The single is due to be released as a download and streaming only on the 28th April. It will be available to listen via the usual outlets including iTunes, Spotify and Amazon.

All words by Matt Mead. You can find more of Matt’s writing on Louder Than War at his author archive.