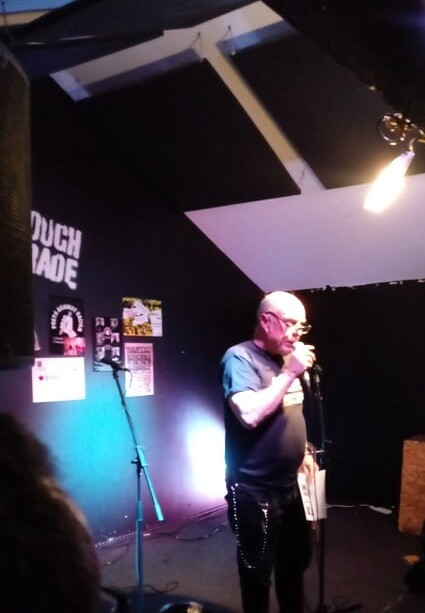 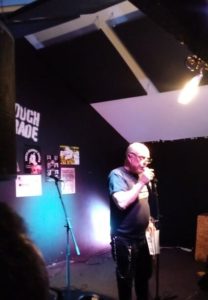 Over four decades on from its original wave of events, Amy Britton explores Rock Against Racisms eternal relevance.

It’s 1976.  It is less than ten years since Enoch Powell’s famous “Rivers of Blood” speech. Racist attacks are on the rise, as ethnic minorities in Britain face verbal and physical abuse for the mere act of living here. Much is fuelled by the violent far right Group the National Front, who have seen a disturbing rise in support. In three years time Margaret Thatcher will claim people fear being “swamped by people of a different culture” and thus use anti-immigrant rhetoric as part of her campaign to (successfully) win a general election. There are just as many people out there who want to make a change, to rise up against this, and who know what a powerful platform pop culture can be, giving birth to the concept of Rock Against Racism. 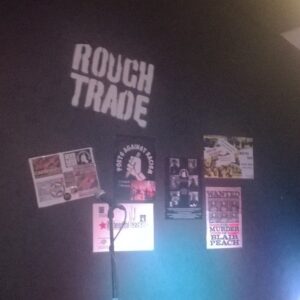 Its 2019. We’ve moved on, right? But have we? Brexit has “legitimised” the abuse of immigrants. The EDL’s Tommy Robinson is treated by some like a misunderstood martyr. I’ve had Jewish friends in tears over being bombarded with anti-Semitic abuse and painfully offensive conspiracy theories. I recently had to intervene when a young White supremacist on the bus exhibited threatening behaviour to black and Asian passengers. Yep, we still have a long way to go, and its clear that there is still very much a place for Rock Against Racism. A series of events acting as a kind of sequel to the original have been taking place in Nottingham, organised by Punk It Up (mainly by Sonia Long, a strident and inspirational voice in various fights for social justice of all kind.) The final one of these events is a firework to go out on, based around poetry and headlined by Atilla the Stockbroker, supporting by a wealth of talents mainly provided by the Poets Against Racism collective. Panya Banjuka opens, introducing us to the concept of “soetry” a blend of poetry and song, used to convey hard-hitting statistics and snapshots of history. Ravelle-Sade, who performs under the name A Poetic Perception, is up next and is utterly engaging, clearly born for performance regardless of the medium.  Her musings range from civil rights and Rosa Parkes to self-affirmation and identity, communicated in an inspiring fashion.

Poets Against Racism are a powerful collection of voices who understand the power of the pen, who provide a kind of call to metaphorical arms with their “Beautiful Resistance.” Manjit Sahota, dripping with dry humour to make a serious point, and brimming with warm engagement with the audience, and the thoughtful and considered reflections of Trevor Wright. I cannot recommend checking out their work, both in their collective ideology and their individual poetry, enough. 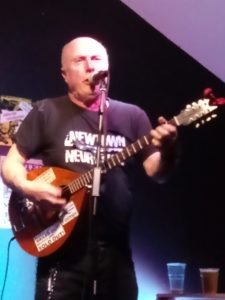 The whole history of Rock Against Racism kind of comes full circle with a headline set from Atilla The Stockbroker, aka punk scribe John Bain, who was one of the voices of the original events, having not only performed at them but been one of the organisers at the RAR events at Canterbury College of Art. Laugh-out loud funny throughout, his set is peppered with musical interludes and anecdotal storytelling between poems. He fills much of his set with newer material which takes a comic look on all the things which most would find hard to find the humour in – Trump, Brexit, even the horror-embarrassment of a colonoscopy (on the brilliantly titled “Candid Camera.”) The fact that he finds plenty of relevant, fertile ground in keeping with tonight’s theme reinforces my point at the beginning of this piece, but the thing he reinforces even more is that the old adage best way to deride the enemy is to laugh at them. He ends by  responding to a shouted request for “Contributory Negligence,” – one of his old classics attacking the High Court judge who essentially ruled a rape victim was asking for it  – reeling it off to a receptive crowd who have hung on to his every word.

We still need events like Rock Against Racism, not just because it’s a worthwhile and relevant cause, but for the spirit, the unity, the sheer iconography that makes it feel like something special in itself. Tonight’s event truly distilled that spirit.

Special Thanks to Sonia Long and the Punk It Up Collective, Rough Trade Nottingham, and Poets Against Racism

Poets Against Racism’s Facebook page with details of upcoming events can be found by clicking here.