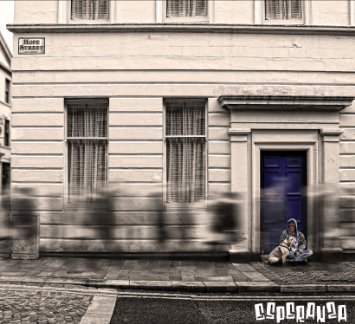 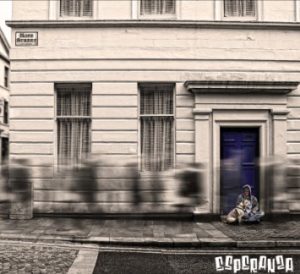 If you’re not already familiar, Esperanza were the band playing in The Clutha Bar in Glasgow that terrible night in 2013 when the police helicopter fell from the sky onto the roof of the bar, tragically killing 10 people in the audience. Thankfully, the group escaped unhurt but the emotional scars have cut deep into the psyche of the individual band members. The Scottish ska scene is huge; people have known each other for decades and that family of friends coming together went a long way in helping to heal the wounds among those who had lost and those who had witnessed. Esperanza were largely involved in the efforts to raise funds for The Clutha and those affected and it seems that keeping themselves busy and focused has helped both with the aftermath and the healing process.

I’m sure the members of Esperanza don’t want to be defined by the events of that night. They were a well-regarded band before The Clutha and they’ve moved on as I’m sure those who lost their lives would have wanted. Managed by one-man human-dynamo Tony Gaughan, his PT Barnum-meets-Bernie Rhodes shtick keeps the Esperanza wheels a-turnin’ and the momentum flowin’.

Back On Hope Street is well named; the bubbly, vivacious edge of the band’s live sound is simply captured and the songs would make Victor Meldrew smile. Ska is music for the feet and for the soul; Esperanza have seized upon that and taken it and given it a huge dose of Glaswegian chutzpah. Opening instrumental Glimmer is all punching horns, rubber-legged bass and chopping guitar. John Nevin’s swelling keyboard stabs add a layer of joyous colour. 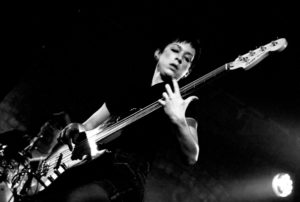 One Man Down (the current single) keeps the energy pulsing. Jess E Ska’s serpentine bass-line is tightly coiled around Jason Good’s soul-swinging drums and Jake’s infectious vocal. The nine-piece band are solid and rock steady and the horns add a touch of tropical glare to the rootsy, punky zip of the song.

The album has been produced by Darren Martin and Audrey Tait, the duo behind award winning Hektor Bizerk record, Nobody Seen Nothing. They’ve kept it straightforward and efficient as the music demands. The album really speaks for itself and as mentioned, ska doesn’t really require a huge amount of magic dust to make it sparkle. They’ve taken some great material and and let it sing.

Sunday Morning takes the tone down slightly but never loses the vivacity or ardor of the rest. Rab McCahill’s upstrokes and driving, melodic lead parts add to the potency of the song and its structure. There’s a real classy, lilting reggae feel to parts of the album that sets it apart from it’s much more frenetic predecessor Permanent Ska. 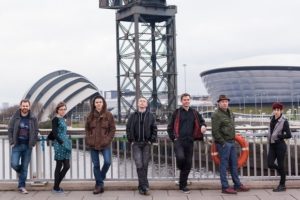 Esperanza have not rested on their laurels these last few years; appearing at the opening ceremony of the Commonwealth Games, an album launch night that had Roddy Radiation as a guest, festival appearances galore and a fanatical following of nutters who turn venues into sweat-soaked parties have seen their profile turn ever higher.

They’re not looking for your sympathy, Esperanza, and never have. This is a band who’s strength, courage and get-up-and-go vitality have carried them through circumstances that would see most people fold. As mentioned at the start, Esperanza wouldn’t want to be defined by the events of November 2013. Back On Hope Street shows that they’re very much back in the saddle and taking control.