Home Music Bands Esben And The Witch Unveil One-Shot Video For ‘Dig Your Fingers In’;... 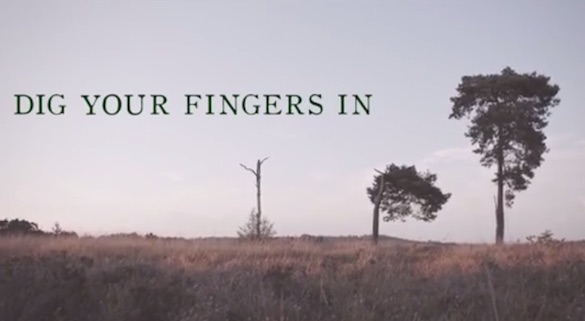 Ahead of its September 8th release on the band’s own Nostromo Records, Brighton’s Esben and the Witch have unveiled the first official video for a track from their third full-length LP, A New Nature. It comes in the guise of a beautifully composed, one-shot clip for the fiery ‘Dig Your Fingers In’ and has been directed by Sim Warren.

We’ve already passed on details about the new Esben album a couple of times before, here and here, so we won’t go on about it too much now, however to jog your memory, A New Nature opens up new horizons for the band as it’s their first since having flown the Matador nest. It has been funded in total via a pledge campaign and will be released through their own label. They were so serious about nailing their sound on this album that they chose to recruit the services of Steve Albini on knob twiddling. They album demonstrates a more daring, more stripped back sound, the result, in part, of it being recorded live to tape. It’s:

“…the sound of Esben and the Witch rewiring their well-worn punky, cinematic post-rock and tearing into the challenges ahead of them with their sleeves rolled up and fangs out.”

…to quote from the press release, while we say it’s a heart swelling collection of tracks which demonstrate perfectly how far the genre “post-rock” has come since the undisputed masters of said genre, Slint, first came on the scene. In short, the album shows a maturer Esben and the Witch, a version of the band which we feel is guaranteed to win them new fans and a nuanced yet stripped back record that stands up to repeated listens.

About the new video the band says:

“We wanted to create a single shot short film that shows a journey, a figure toiling through a beautiful but lonely landscape. It was important to us to make something that enhanced the song and drew upon the same themes that inspired the music and the lyrics. We were keen to work with our friends Sim and Mia from the Contrast Collective because of the fine films they have made in the past and Sim’s keen eye for the natural world. We wanted to make the video in the same place that we shot the album cover and knew that they’d be in their element in the primeval forest. I’m reliably informed by Sim that they used a FS700 camera and that the film was shot in 4k using an odyssey recorder for those interested in the technical side of things.”