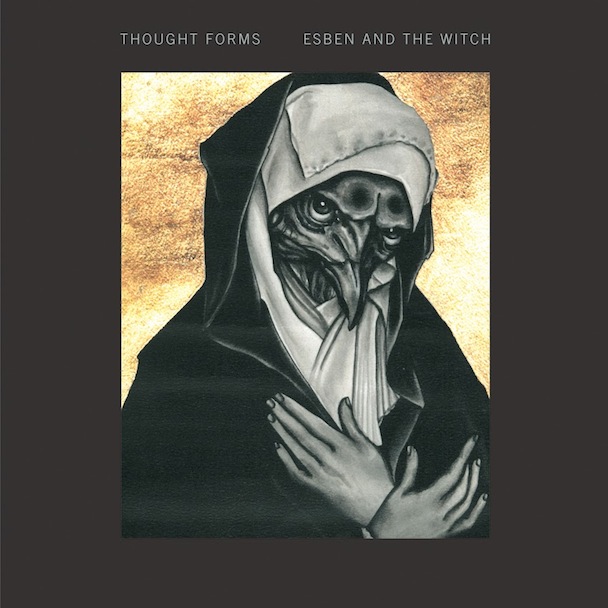 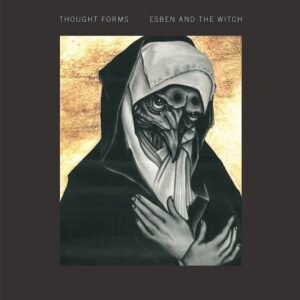 A few weeks ago we shared the news that Esben And The Witch | Thought Forms were going to be releasing a split LP on Invada on April 7th. We now have the first two tracks off it to share with you – one each from both bands.

The track by Esben, ‘No Dog’, is rife with a volatile intensity from the off: veering between unnerving passages of calm marked by Rachel Davies’ unadorned vocals, and explosions of tribal drums topped by guitars so dark and dense they’d make Buzz Osborne blush.

Thought Forms’ track, ‘Sound of Violence’, meanwhile, matches ‘No Dog’ for drama but achieves its mesmerising nature by greatly different means. Developing from the sort of interlocking, chiming guitar riffs you wouldn’t put past Evol-era Sonic Youth, it builds to breaking point with layer-upon-layer of blanketed distortion and rollicking drums that constantly threaten its teetering off the edge into oblivion. Fortunately, that collapse never comes.

In other Esben and the Witch news they recently announced that they’d set up their our own record label to release their third LP through and in the future they hope to release other artists too. This is something they’ve been wanting to do for a while now and they hope that it’ll create a hub and extension of EATW.

They want to record the new album with Mr.Steve Albini in Chicago and to that end they’ve created a Pledge campaign. They’re already at 30% of that goal and with 170 days to go to reach it that should be achievable I reckon – although not wanting to jinx it I am touching wood right now.

As they say themselves:

With Steve’s help, we will capture the live essence of the music we have written, push ourselves as far as possible and make the music as powerful as it can be. The songs are written and ready, the recording dates booked in, and we are asking for your help to support this adventure.

There’s a whole host of items you can pledge for so head off here: pledgemusic.com/projects/esbenandthewitch to check out the list?

Finally, the music of course: