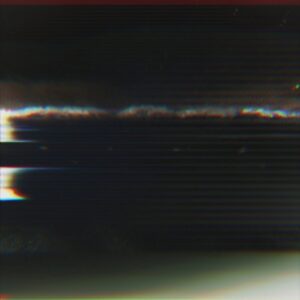 Louder than War’s Ioan Humphreys gets uncomfortable and battered by some harsh noise from Leeds.

Error Control is the later ego of ‘Nick’ and he harks from the always fertile Leeds DIY noise scene. Dark, his debut album, was released in December 2017 and is a largely improvised piece of work recorded on a basement floor in Leeds. According to Nick, the entire album consists of effected feedback, mangled synthesis, a drum synth, found object percussion and bass. And additionally, all acoustic instruments were recorded with a contact mic to pick up the direct sound of the object with no room ambience.

Nick’s musical influences range from Merzbow, John Wiese, Incapacitants, Guilty Connector, Coil, Throbbing Gristle and & Tim Hecker and Dark is described as “intending to be a menacing, negative record, with an introverted focus on texture”.

The album was recorded on 12/12/17, with additional background layers created on 14/12/2017. The album was released immediately onto his Bandcamp page upon completion.

The chimes and percussive manipulation of I open this 10 track album. Atmospheric and slightly unsettling once the glitchy noise starts to creep in. And this is continued into II with the harsh noise and sonic layers Error Control adds. III continues the aural assault, but with more interesting textural elements that break up the noise, especially when what sounds like whale song bursts through. IV, V and VI is for me when the album really starts to get interesting and where there is a depth and texture to the noises. They remind me of the sounds that NASA records when it has strapped cameras to their shuttles. Ferocious noise mixed with the creepy sounds of space and time. This is starting to feel like sci-fi film sound design which I love. And which starts to set Error Control apart from other noise artists.

VIII has a throaty heaviness that starts to set itself apart from what has come before. It feels like the album is going up a gear. Stabs of noise cut across the soundscape as well as the introduction of haunting percussion. This creates a welcome break, and again, what sets Error Control apart from other similar noise artists. X Completes the collection and plays like a satisfying bookend to this often deeply unsettling and hard going piece of work.

At times it is an uncomfortable and an unlistenable piece of work, which is fine. The world would be a terribly boring place if all art was easy going, accessible, aesthetically pleasing and non-confrontational. What Error Control manages to do is mix the inaccessible times, with gorgeously atmospheric sections that border on incidental music from a film. This almost ‘found’ / field recording feel is majestic and beautiful. And mixed with the harsh noise gives the album layers and interesting textures that split up the monotony. A very promising debut album from Error Control and an accessible introduction to anyone considering listening to harsh noise/experimentation.

Live performances by Error Control are currently being scheduled for early 2018.

Error Control can be found via their Bandcamp.