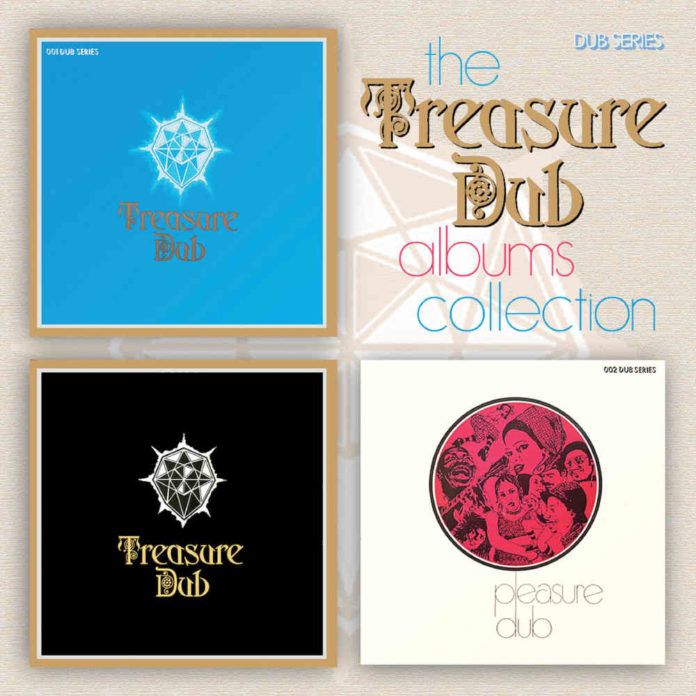 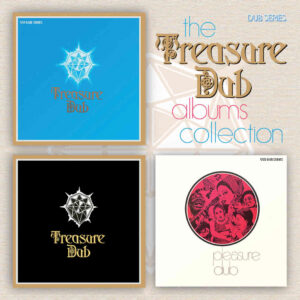 I’ve written about Errol Brown’s dub adventures a couple of times in the past (read here for the Everlasting Dubb/Dub Expression review and here for Culture Dub and Medley Dub), but the three albums included on this new compilation are classics in their own right.

Errol Brown had taken over as studio engineer at Treasure Isle from Byron “Smitty” Smith, who trained him upon his arrival from Kingston Tech. After Duke Reid sold the studio and label to Sonia Pottinger in 1975, Brown began issuing dub plates. He had realised the value of what was stored in the label’s archive and sought to reshape many of the tunes from rhythms laid down over the previous eight years.

Studio outfit the Supersonics were key to Duke Reid’s success at Treasure Isle, playing on many sides from the Rocksteady era onwards. Tommy McCook, whose pedigree stretched back to being a founder of the Skatalites, was the band leader. His tenor sax expertise was supported by a framework of outstanding players including guitarist Ernest Ranglin, Arkland “Drumbago” Parks on drums with Gladdy Anderson and Winston Wright providing keyboard sound. With the studio set-up Reid had in place, this was the perfect environment for the singers to flourish and hit after hit was churned out over the years.

According to the sleeve note, no less than King Tubby used to turn up from time to time just to watch young master Brown at work. That is a measure of the esteem his peers held him in. His dub excursions that are presented here are exquisitely judged and modestly rendered. He never concerned himself with showing off at the expense of the source material becoming submerged. No, his aim seemed to be to firstly give the material a second wind in the new dub era of the 70s and also display the skill of the original singers and players. In doing so he would reveal the craft that perhaps went unnoticed on the original recordings, but was always there.

For instance, it is completely jaw-dropping to hear Alton Ellis sing part of Cry Tough isolated from the rhythm track, just that wonderful voice giving it every ounce of emotion. This version, entitled Toughest Dub, is a highlight of Treasure Dub Volume 2. Part of the fun for seasoned reggae buffs may be identifying the tunes the dubs emanated from, but anyone with a reasonably appreciation of JA sounds can enjoy the music here. But I’m getting ahead of myself, so let us first consider Treasure Dub Volume 1.

Set opener De Pauper A Dub (a cut of Dobby Dobson’s Loving Pauper) sets out Brown’s modus operandi. The song intro comes in as normal and then echo on the vocal leads it to fade away, leaving the rhythm track. He then shifts the emphasis onto different instruments, with a sparing use of effects and drop-out. The vocal often returns, sometimes only a word, but mostly drenched in echo. Tommy McCook’s sax leads off Dub So True, but the focus then shifts quickly to the guitar line and Willow Dub is another Alton Ellis tune, reshaped to allow the neat little keyboard riffs to flourish.

A rhythm that was much used and instantly recognisable was John Holt’s Ali Baba: on Treasure Dub as Arabian Dub and among the bonus tracks as a true classic cut I Shave The Barber. Thick dub percussion bashes and the tight musicianship make Arabian Dub a highlight here. The bright and bouncy rhythm of the Melodians’ Everybody Bawling becomes the spooky Everybody Dubbing. The vocal is stripped back to a far off whisper with thudding echo percussion and guitar being left to pick out the tune. The overall effect is satisfying and Treasure Dub established Brown’s style successfully.

It was hardly surprising that a set this popular required a sequel and Treasure Dub Volume 2 makes up the rest of disc 1. A watery sounding take of the Techniques’ Queen Majesty (Ballistic Queen on here) sets things in motion, with the vocal line barely audible down in the mix. If the following Reigning Dud has a backward tape spool effect that quickly became a dub cliché, Errol’s one time use shows he never over-egged things. Midnight Dub is another cool effort, with the brass warping in on the original’s vocal and the steady and rock-solid rhythm of Chucky Love is a testament to the players considerable strengths. Treasure Dub Volume 2 is another fine example of the form and Errol Brown’s invention was a large part of that.

The Treasure Dub Volumes 1 and 2 came out in quick succession and were very popular, proving those Treasure Isle rhythms were built to last. It was therefore a surprise that the Pleasure Dub album did not come out until two years later in 1978. By this time Brown refined his style slightly, the edits here are just that bit sharper. As an example, when the vocal is dropped in on Dub With Strings (a version of the Paragons’ The Tide Is High) the effect is startling, but in a good way.

Rema Skank has a lovely twiddly bit of guitar that could have been easily missed on the original (The Jamaicans’ Things You Say You Love) and the jolly horns and the way the voice drifts off Many Questions is just beautiful. Brown left Treasure Isle in 1979 and if this was his LP was his swansong, it was a fine note to go out on.

The final 12 offerings here are single sides mixed around the same time as the album material. It’s You I Dub and a reworking of Phyllis Dillion’s Don’t Touch Me Tomato (Don’t Touch Me Dub) are among the highlights, with the former nice and danceable with some great organ jabs and the latter has the bass carrying the load as would became the main trait of dub as it developed. If I Could Dub This World and Travelling Dub finish things off with ghostly vibes and a bit of a guitar solo too. A neat way to close out this very enjoyable set.

This is a lovely collection of prime dub from one of the masters of the style. Because Errol Brown wasn’t addicted to outlandish studio tricks that obscured the original material, his dubs kept the dances moving to those irresistible rhythms. He was sure enough in his convictions to not conform to what everyone was doing dubwise and that makes this set feel fresh even so many years on.

The one gripe I would have with this new set is it’s a shame a little more information about the tracks themselves and their source material isn’t included the sleeve note, but apart from that this another great selection of some classy dub albums. Brown’s effortless skill in the studio is here for all to see and this is fine listening that also reminds you what talent abounded at Treasure Isle too, both in the production booth and on the studio floor.