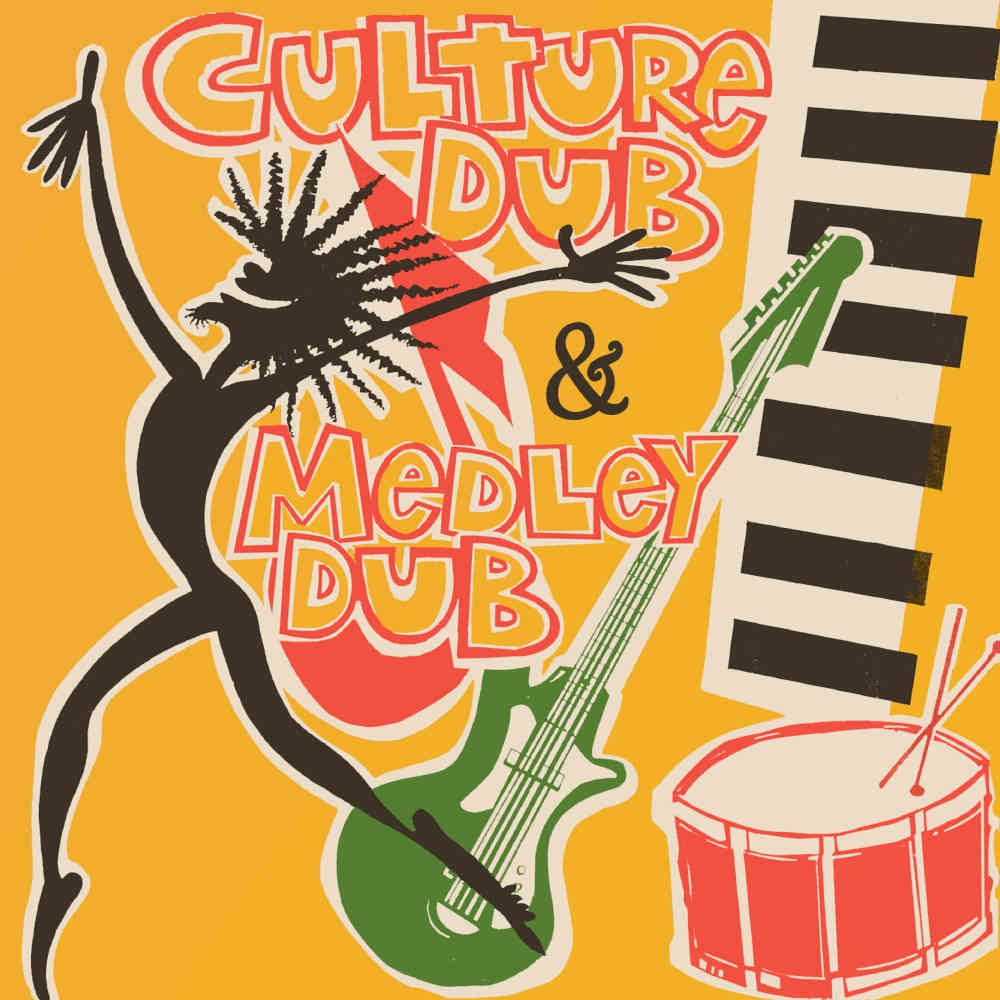 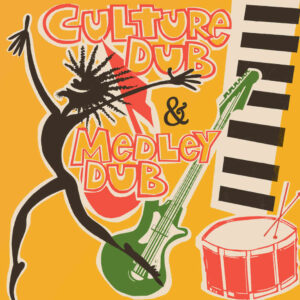 Reissue of two albums originally released in the late 1970s by Treasure Isle’s engineer Brown along with studio outfit the Revolutionaries. This 2 disc set comes with 25 bonus tracks….LTW’s Ian Canty hears the chilled and righteous sounds of Culture broken down into Dub-sized pieces…..

Errol Brown got his start as an audio enginner at his uncle Duke Reid’s Treasure Isle studio, but given Reid’s fearsome reputation you can bet he got there on merit. With the constant stream of legendary performers that came through the doors there, it wasn’t surprising that Brown was soon rubbing shoulders and working with the likes of Alton Ellis, B.B. Seaton and Peter Tosh. This link with the Wailers would come to fruition when he left Treasure Isle in 1979. But a year earlier he was working with Culture, the Joseph Hill-led singing trio who also featured Kenneth Dayes and Albert Walker. They were fresh off the back of their classic Two Sevens Clash debut album, a disc that found its way into many a Punk’s heart in 1977.

Errol worked on their third album, 1978’s Harder Than The Rest and the music set down for it forms the basis of the first disc here, Culture Dub. Harder Than The Rest was produced by Sonia Pottinger, who had taken over the running of Treasure Isle from her ailing friend Duke Reid, with the Revolutionaries providing the musical backing. They were a crack studio outfit who at times contained such luminaries as Sly Dunbar and Robbie Shakespeare a.k.a the premier rhythm duo in Jamaica, with Ansel Collins and Gladdy Anderson on keyboards. If that was not enough, their horn section featured such talented folk as Tommy McCook, Vin Gordon and Bobby Ellis, with Betram “Ranchie” Maclean and Eric “Bingy Bunny” Lamont on guitar.

The LP subsequently was released in the UK on Virgin’s Front Line label as were the next couple of Culture platters. If Harder Than The Rest didn’t quite make the same splash as Two Sevens Clash, it was a more than respectable effort. As was the custom at the time, a Dub version followed not far behind, with Brown reworking the tunes in a Dub-wise fashion. Though Errol was nowhere near as flashy as the likes of Lee Perry or King Tubby, he has his own unfussy and logical methodology that works very well. He shifts the emphasis from the songs to the instrumental expertise behind them, letting glimpses of the original structure show through now and again. This ties them neatly in with their source material and provides a sense of consistency, whilst also fulfilling Dub’s core aims (the bass, always the bass).

The dub version of Play Skilfully Skilful Dub has that “clip-clop” percussive sound, with guitar and organ cutting in and out and the LP’s title track is cut down to the bare essentials of bass and drum, with a ghostly hint of vocals way down in the mix. Heavenly, a version of Behold, retains the Pop Reggae structure of the original for a while with Joseph Hill’s stirring voice in the spotlight and Freedom Jam (a Dub of Free Again) is similar, with some great work by Brown dropping in bright horns that are there and then suddenly gone. Deep Roots Dub ends the album proper with a delightful keyboard riff expertly teased out.

Among the bonuses appended to this disc are versions of tunes from Culture’s next couple of albums for Sonia P/Front Line, Cumbolo and International Herb. From Cumbolo, Natty Dub leaves quite a lot of Natty Never Get Weary in, with the vocal fading out to a whisper and then back up in the mix. Down In Jamaica has a genuine heavy Dub feel and Payaka Dub is lovely, the soulful voices of Culture filling the heart before dropping out to just the rhythm. From International Herb The Shepherd (Version) highlights keys and guitar whilst keeping the cool skanking beat of the original and Jah Rastafari (Version) has a deep Roots feel (as you would suspect), with Errol playing a masterstroke by fading out almost everything but the voices at one stage.

Work On Dub, a version of Harder Than The Rest song Work On Natty that didn’t make the Culture Dub LP, is pretty good with a lot of the vocal and a tight guitar riff remaining. Overall this disc works as a cool and imaginative Dub set. But whereas some Dub practitioners would be tempted to do away with the voices completely and layer on gimmicky effects, Brown doesn’t and in so retains the spirit of Culture’s original recordings, which makes it doubly satisfying.

The Medley Dub on the second disc here plunders those indestructible Rocksteady/Reggae rhythms of the 60s and early 70s, which Sonia Pottinger turned out in her productions in droves during that timeframe. It takes its source vocal tunes from a variety of artists, with the Melodians’ songbook providing the lion’s share (Swing And Dine, penned by Brent Dowe and Harris Seaton, is effectively done over as Swing And Dub). The sleeve note makes a point of Brown’s inventiveness with middle of the road Pop material like holiday hit Una Poloma Blanca and When A Child Is Born (both bonus tracks), but also the Beatles’ Come Together is almost unrecognisably versioned as Dub You Know. Vin Gordon’s trombone does bear the weight of the vocal line of the Lennon/McCartney number (before heading off for more jazz-inclined climes), but that’s about it. Even so, it works.

There are a few standard Dub outings on this disc, it is not quite as consistent as the Culture Dub offering, but there is some good stuff onboard. On the bonus tracks, mainly mid-70s Treasure Isle rhythms, Brown tends to let the original song introduce itself, then strips back the layers to expose the musical bits that are buried in the background. It’s like peeling an orange in music form in a way, stripping back the layers to reveal hidden fruit. Listening to this I’m struck by the lack of ego, happy to demonstrate the artistry that is at work below the surface that is sometimes obscured by the songs themselves.

He’s not totally averse to throwing in odd things that catch the ear, like the “crowd noise” on opening track Trinity In Dub. Or the drop out to the saxophone only which enlivens the funky bass workout of Say Dub or the way he applies echo to the horns on Reggae Version. Errol keeps things moving on this disc, rarely bringing things to a standstill, which must have made these cuts popular at the dancehall. Never too flamboyant, but full of little innovations, which makes for a pleasing and interesting listen.

Not long after Medley Dub appeared, Errol Brown left Treasure Isle and began to work at Bob Marley and the Wailers’ studio Tuff Gong. This was the start of a long association with the Marley family which would see him work with Bob’s son Ziggy and his band the Melody Makers. He has remined active and in demand on the studio and live mixing scene.

Following on from the very good Dubb Everlasting/Dub Expression Errol Brown set from a couple of years back (reviewed here), Culture Dub/Medley Dub is another fine collection. Errol Brown was wise enough to know that the potent musical force of the Revolutionaries would provide plenty of interest to listen to with the vocals stripped back right back, but always knew how to keep things snappy by not forgetting what drew the fans to the song in the first place. It also proves that Treasure Isle was far from a spent force in the latter part of the 70s when it passed over from the Duke to Sonia Pottinger. Errol Brown’s nous and skills were a big part of its continuing success and this is an ideal, very chilled and cool summer soundtrack for warm, lazy days ahead.