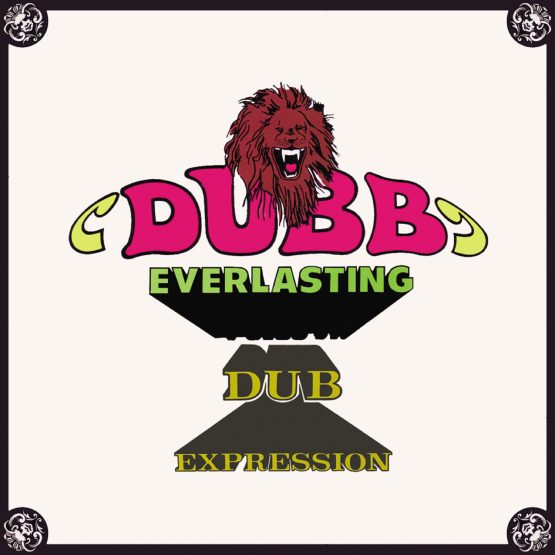 Duke Reid’s nephew Errol Brown (not related to the late Hot Chocolate vocalist of the same name) got his start as a junior sound engineer at his uncle’s legendary Treasure Isle studio. As both the studio and label passed into the hands of Sonia Pottinger as the Duke’s health declined, Brown made his first tentative steps in production and 1975’s Dubb Everlasting was the result. Three years later Dub Expression followed. Now Brown’s work in Dub production is almost forgotten, but although he did not have the work-rate of King Tubby or Joe Gibbs, he did focus on releasing quality material in those mid-70s years that marked the high water of Dub. Key to this success was the crack outfit from the Channel One studio, the Revolutionaires. Featuring the eminent talents of Sly Dunbar and Robbie Shakespeare to name but two, the band’s expansive skill, taste and restraint is evident and contributes to the success of the two albums we have here.

These records clearly marked out Brown as a talent to watch and eventually, through finding an advocate in the form of Marcia Griffiths, he entered the inner circle of Bob Marley and his Wailers. Leaving Treasure Isle to join Marley’s Tuff Gong studio, he engineered the Wailers’ Survival and Uprising albums which were big commercial successes. He also played a part in taking Marley and his band back towards a rougher sound after Island Records’ efforts to smooth them over into the Rock arena. Brown also worked with the Wailers on live dates and enjoyed further hit records manning the boards for the likes of Third World and Burning Spear. More recently he’s also worked as live sound engineer for Shaggy and Ziggy Marley.

What sets Brown’s Dub albums included here apart from the herd for me is that there seems to be a lot more happening on them. Sure there are the spacey, chilled moments as well, but more instruments than the bass and drums are given a chance to shine more often. He’s left a bit more in than most Dub practitioners, which keeps things interesting and sets his stamps on the work. Being a sound engineer at heart, he liked to keep things moving along, bringing instruments up in the mix and sparingly using drop-out, which makes it all the more effective. There’s a little more form to Errol’s Dub adventures than most.

For the first offering here, 1975’s Dubb Everlasting (aka Everlasting Dub), an anonymous harmonica player more often than not assumes the lead role in the space provide by the lack of vocals. Perhaps unsurprisingly given the personnel on show, Channel One rhythms are utilised a lot here. Escape Affair has the same bassline as Jonathan Richman’s Egyptian Reggae (which it predated by a good couple of years) and it moves along very nicely. Easy Locks is a highlight, very Funky with some nice wah wah and quite heavy guitars enlivening this one. Not a typical Dub offering by any means and all the better for the variety on show. There’s a bit of Stevie Wonder in the harp playing on Living Strings and Eva A Dub is a nice slow, echo-laden ride into outer space.

Side two of the original album does veer more towards standard Dub with a sparser approach to instrumentation, with Dub Due is being a typical pared down effort, still good stuff though. The harmonica coos nicely again on 37 Orange Street and Spinning Dub is a relatively fast skank which ends this album on an upbeat and groovy note. For me, this is the pick of the two LPs on offer here, it is just a touch more inventive and unusual which gives it the edge.

There was a three year gap between Dubb Everlasting and the follow up here Dub Expression, which shows Brown had a few more strings to his bow, with production being a bit of a sideline. No matter as this is another good quality selection. This one opens with another upbeat track in The Gun Court Dub, sparkling keyboards and all. Super Tracks begins with a very pretty organ riff and though a bit basic, twiddles along nicely. Dread At The Controls has ghostly vocal whispers, tin can percussion and odd electrical bleeps. It’s a bit spooky but bewitching.

Down Town Thing continues the liveliness, for Dub recordings these were more built for dancing than chemical indulgences and chilling. Later on Marcia Griffiths’ voice shows up on a re-cut of her Melody Life entitled Melodious Dub, with prominent horns featuring strongly as well. Mark Dis Yah Dub also features a fair amount of the original song, though the voice is more of a spectral echo here (a slightly foreshadowing of Trip Hop you might say). This is effective and novel, building on the original’s strengths rather than just cutting back to solely bass and drum. Brown had moved more towards the mainstream of Dub with this album, but kept a good amount of his idiosyncrasies. He never shied away from including a catchy tune, be it in a skeleton format.

Overall Dubb Everlasting/Dub Expression is a neat coupling of two quite obscure but thoroughly intriguing and satisfying 70s Dub Reggae albums. Although working in a genre that was in truth, a quite narrow format, Errol Brown stamped his own mark on the sound by utilising more instruments and providing a “lead” so that you never lost sight of the melody even amidst the drop-out to bass and drum. Though as years went by he did move far more towards live mixing than production, these two albums prove what a talent and feel for sound he had, more than enough to compete with the “big boys” of Dub.