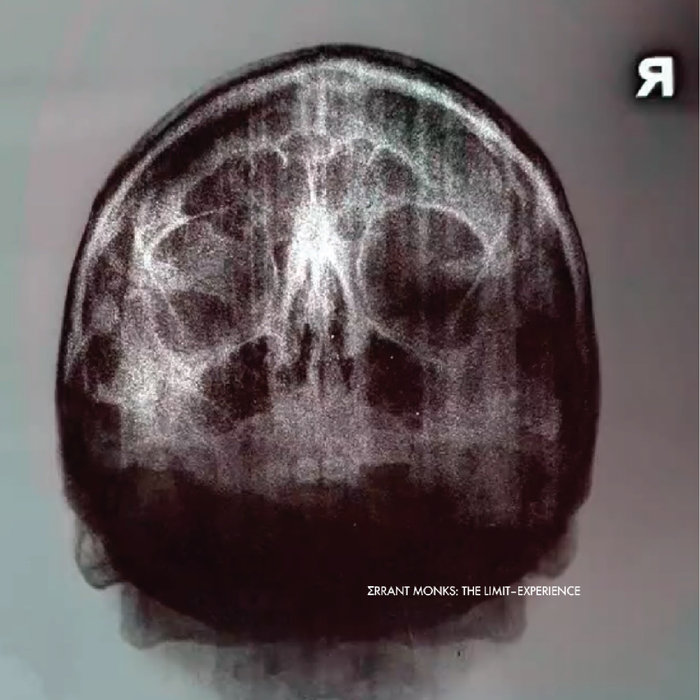 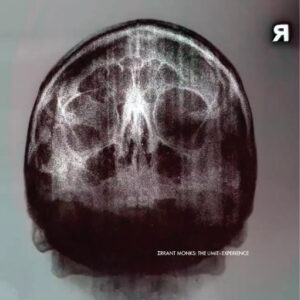 The Limit Experience is an album that was recorded two years ago, but only now sees a physical and digital release on Stockholm/Manchester based record label, Maternal Voice. It will also be the final release by Errant Monks, as the group took to social media and in an almost stream of consciousness post, stated that Errant Monks will be no more. There is now no trace of Errant Monks on the Internet aside from a handful of releases on Bandcamp.

I wouldn’t want to say I’m glad that Errant Monks have ended but, if this is how they go out, then fair play. This album is Errant Monks at their discordant best. 2016 saw the debut release of Maybles Laybles, a four-track EP of what feels like improvised beats over distorted tape samples. On The Limit Experience, you can hear a sound that is fuller, consistent and crafted. The songs, Full Circle, Sdvig!, and The Táltos are standout techno, freak-out tracks, each of which demonstrates the insanity that went into their creation.

During an unhealthy Eastern European tour back in 2016, in support of the Maybles Laybels EP. Joseph Charms says that he was in a battle of psychosis and alcoholism, which was exacerbated by spending four months in house arrest in Manchester. By the time he’d reach Budapest he was experiencing ‘Delirium Tremens and seizures from alcohol withdrawal’. Many of the sporadic spaced-out ramblings heard on the album came when Charms regained consciousness and wanted to capture those experiences.

The group themselves have an ever-rotating lineup, with Charms being the founder and only constant. Salfordian peers, GNOD have endorsed the group, releasing previous EP Psychopposition on their Telsa Tapes label, with members occasionally helping out for live shows. Neil Frances, formerly of GNOD, currently of Terminal Cheesecake, is another regular in the Monks lineup.

The album opens with Vigyen el az íz, a five-minute semi-monologue, with ambient undertones. Here Charms is talking about the struggle of sleep, in which anyone who has turned to substance for a restful night will be able to reconcile. As Charms says, the first thing he experienced was ‘dropping into a very short dream’, with heavily distorted vocal effects applied, you can only imagine the nightmares.

As the track descends into white noise madness, we subtly enter BKM (Thamus SW Misunderstanding). A probing beat enters as Charms talks about his inability to feel, hear and see. Intertwined are samples of South Korean politician Ban Ki-moon.

O.D.A.A.T is a moment in which Charms captures the tremors and seizures taking hold. He recollects a loss of motor control and spasms as church bells echo and mutate into a spasticated techno beat. The ringing of the bell evokes the fear that life may be near to its end, each toll capturing the anxiety as to whether all the religious ideologies about the afterlife were true.

Full Circle marks a turning point in the album. From here the album gets more aggressive than eerie, with habitual tribal rhythms. The album feels well balanced between freeform vocals and danceable electronics. The songs ends with a palpitating beat which leads into lead single Sdvig!.

Sdvig! is the only single from the album. It is a Russian term supposedly meaning a sudden geological fault. In this track, we hear the all-out insanity of Charms’ psychosis. A catatonic neurosis. This is track may be familiar from its remix on Psychopposition by Simon Crab of Bourbanese Qualk fame. The track itself sounds like a contemporary Einstürzende Neubauten with incoherent screams, whirls and disorienting synths.

The constant theme throughout the album is, as mentioned, Charms’ struggle of withdrawal and both his mental and physical state. On Jaguar Mouth Charms is at his most comprehensible, talking as though he’s being interrogated. The two and a half minute track captures the same macabre vibe of Coil, circa 1999. Etheral synth pads with occasional glitch-like screeches break up Charms’ recollection of ‘the incident’. We’re left unsure of what the incident was but have the clues of, a) Walking through dangerous traffic, b) Getting caught up in an altercation, while helping a friend, and finally c) Something to do with a rude taxi driver. The LP also comes a scan of Charms’ skull, implying at least one, if not all of these events, happened and had debilitating effects on Charms’ body.

The penultimate track on the album is The Táltos. Translated from Hungarian to mean, a shaman-esque priest. As the song gets underway, we are invited to an almost break-beat funk, with flourishing bass grooves. If Charms’ is the Táltos then I am his monk-like follower.

The album closes with Onward/Patient. There is a feeling of elation to this track, a feeling of prosperity, this is the redemptive finale. Again capturing the ethereal nature of Coil, this time more in the vein of the ANS ambient project. Onward/Patient feels like a loss of memory and a gathering of sporadic thoughts. This song captures the emotion and trauma Charms felt while being an On-ward patient.

The entirety of this album is personal. It was created from a very genuine horror that Charms experienced. I feel bad to say that the pain and suffering have created a phenomenal album, as the notion of ‘troubled genius’ is a tricky one to agree with. I feel as though I am a voyeur, deriving masochistic pleasure and safety from the music of Errant Monks. Yet I feel as though I am pushing the ‘troubled genius’ narrative, a narrative that is problematic. To assume Charms or anyone needs to suffer to create great art is problematic. Listen to this album with empathy.

All words by Rhys Delany. More of his work can be found at his author’s archive.