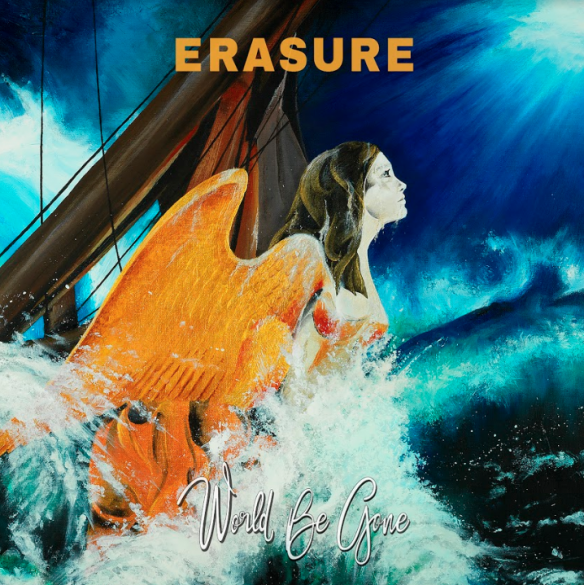 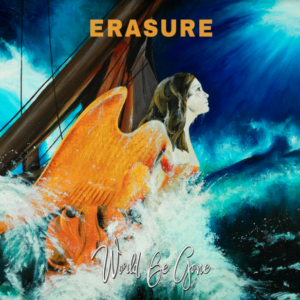 Any pop purist from the 80s will have fond memories of Erasure. For over thirty years they have remained a stalwart act and following their resurgence after 2014s The Violet Flame and 2016s 30th anniversary celebrations they are once more in the spotlight. Vince Clarke’s recent extra-curricular activities with the likes of Jean-Michael Jarre and Martin Gore together with Andy Bell’s collaborations with Shelter and exploits as polysexual Torsten have given the duo a recharge and World Be Gone sees them release arguably one of their best pieces of work.

It’s fair to say that they have becomes masters of the pop song and now in their 50s seem to create likeable, addictive tunes with masterful ease. Sure, they haven’t had a single in the UK charts for ten years but is the Top 40 still a thing? Albums have continued to reap success and their ever loyal fans would tell you that they remain as good, if not better, than ever.

So what of World Be Gone? An album sleeve that has been described as a tribute to previous album sleeves or a nation rising out of to the challenge of Brexit – (both may be wide of the mark, it may just be the bow of a boat on the ocean) – gives little away and only fuels the intrigue. Ten tracks that will resonate with people of a certain age and may well attract younger fans too.

Album opener and recent single, Love You To The Sky is possibly the best thing they have written for ten years. It has everything that the pop fan demands – pumping percussive line, banks of backing sound, catchy verses and even catchier chorus. Bell sounds at his best, a voice that is instantly recognisable, stronger and better than ever he is at the height of his career whilst Clarke, regarded as a musical genius does what he does best – simple yet somehow complex musical accompaniment.

The title track and A Bitter Parting are Erasure at their simplest, the former being a little nugget tucked away on the album and the later a potential fan favourite sees a chorus which will do doubt have mobile phone torches (the new matchstick or cigarette lighter) held aloft at live performances. Still It’s Not Over is simply great song writing.

Oh What A World is fascinating. Venturing into the dark world of Erasure not often seen. Musically, a deep bass tone pervades and Bell sounds almost robotic as he describes the unpredictable world we live in. It has to be heard to be believed as it briefly shows a different side of the duo and is strangely addictive.

Sweet Summer Loving is an unrequited love song and as such is gorgeous as one of those things that Erasure do so well and Lousy Sum Of Nothing borders on anthemic whilst it once more reflects on world events.

With World Be Gone, Erasure have come up trumps not just by their own standards but also in good, refreshing pop music. They are back on the Radio 2 ‘A List’ and will support Robbie Williams on twenty seven dates this year. The fine art of perfect pop has never been so easily achieved and Erasure it would seem have is mastered.