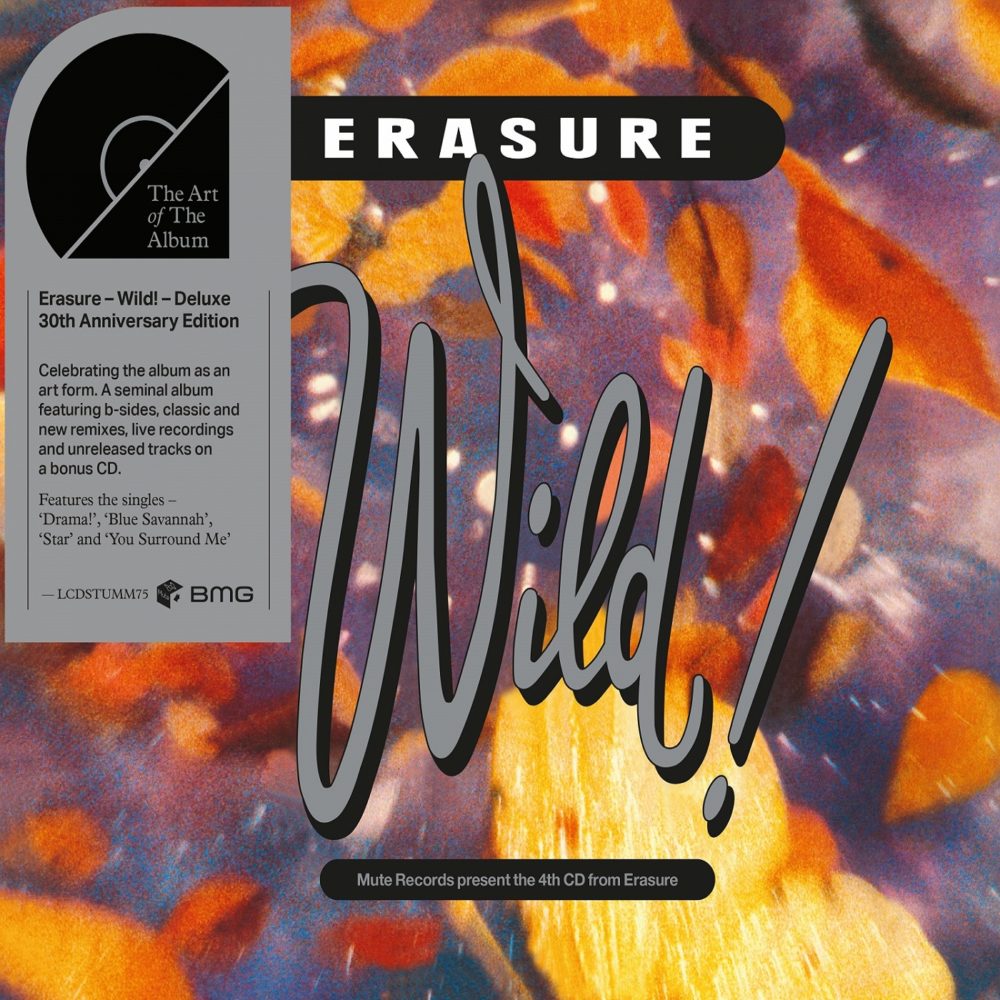 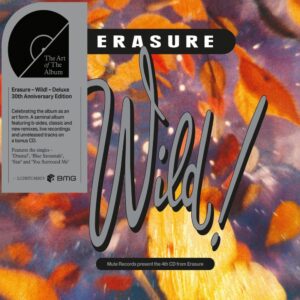 Following on from the pop-stomp of debut album Wonderland and the subsequent pop onslaught of The Circus and The Innocents, Erasure released their fourth long player in October 1989 to continue the claim of being one of the most popular artists of the late 80s-early 90s. With Wild! came a more sophisticated sound with more complex arrangements, the second of what would be four consecutive number one albums in the UK.

Selling over 600,000 copies and achieving double platinum status, Wild! was produced by Gareth Jones (Depeche Mode, Einstürzende Neubauten, Nick Cave) and Mark Saunders (The Cure, Tricky, Neneh Cherry) and contained four top 20 singles following on from their number 23 success, with Stop! arguably one of the finest pop songs of the last fifty years.

Beginning with a minute long instrumental version of album closer Piano Song, the album set up a grandiose entrance which was followed by the albums highest charting single Blue Savannah. Still a live favourite to this date, it was signature Erasure with sweeping piano, faux strings and crisp synth effects with a wonderfully uplifting feel.

The albums opening single, Drama!, stormed to into the UK top 5 and cemented the duo’s dominance on the chart. Starting with a subtle keyboard intro and subdued vocals from Andy Bell, it soon proceeded to one of the most complicated arrangements to hit the airwaves, becoming a startling dancefloor anthem. The multi-layered Bell vocals were an incredible performance from the singer, and the group shout of “Guilty” was added to by Jim and William Reid (The Jesus Mary Chain) who were recording in a next door studio.

In amongst the high paced tracks of Wild! there is also time for some slower tracks to break the chaos – How Many Times, the album’s second single You Surround Me, and Crown Of Thorns – all of which mingle perfectly into the genius wizardry of Vince Clarke, and his extricable melody talents. It is probably on tracks like La Gloria and Brother And Sister that we see the true range of Bell’s vocals in some positively exciting performances.

The success of the album prompted the release of a fourth single in Star, a high powered out-and-out pop song whose lyric gave way to the title of the retrospective box set From Moscow To Mars and tickled the UK top 10 from the safety of the number eleven spot. There were other tracks, namely 2,000 Miles, that could have stretched to a fifth.

Of course, no deluxe edition would be complete without a disc of bonus features and Wild! is no exception, with thirteen extra tracks (including five previously unreleased) comprising remixes, new mixes and live versions: the incredible Drama! (Act 2) and (almost) instrumental Sweet Sweet Baby (The Moo-Moo Mix) from the Drama!12” single, here together with Piano Song (premiered by Louder Than War here) and Brother And Sister, which were both recorded at the London Arena in December 1989. There’s also a huge treat in the Daniel Miller/Phil Legg remix of Cerrone’s Supernature, which appeared on the Extra Limited Edition 12” of You Surround Me along with the Gareth Jones Mix of the single from the same disc.

A brand new mix of Drama! by Richard Norris of The Grid and the Alternative Mix of How Many Times completes the brand new listening, and the experimental 91 Steps (6 Pianos Mix) ends a fascinating disc.

Wild! has stood the test of time as a brilliant pop album and, now updated with additional sought after material, becomes indispensable to all pop fans.