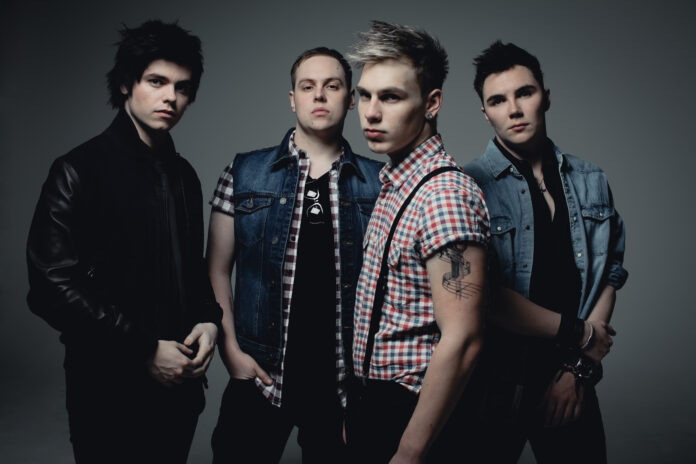 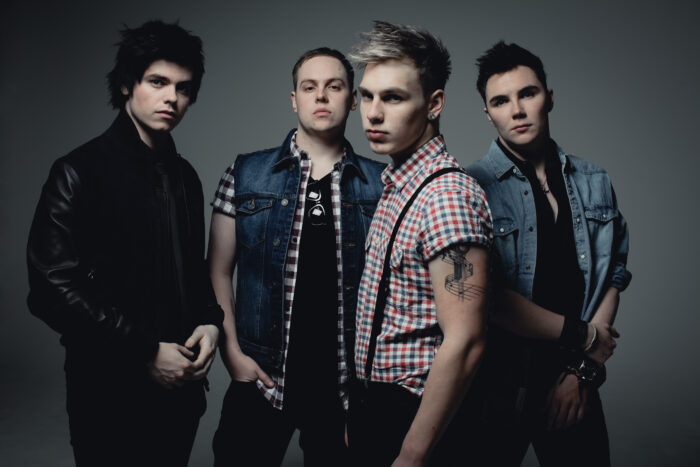 Louder Than War: So how did the XFM session go?

Tom – Ian Camfield called us and asked us if we wanted to come down, we played four tunes in the studio. It was great.  We had to get up at 20 past 5 this morning, to leave by six. We had to be there at ten thirty and we got their at 10.27 so I think we did well.

You’ve just played the great Escape in Brighton what was that like?

Dan: It was really cool experience – it’s quite a big showcase, it was good to play.

Niki: It was good, you can go to a lot of different venues.

Rhys: After we played we had a few pints

Dan: It’s an incredible opportunity for us and we’re all really excited.  It’s a festival you always dream of playing – we’ve only been in this line up in since September, so to get something so early on is great.

Niki: I’m beyond words, it’s just really good. Tom and Dan have been before but it’s the first time the others are going and we’re actually playing it!

Dan: Our manager Mark has been sorting it for a while he mentioned he was trying to get us on a few festivals then he said we were playing and we were like woah!

Do you have anything mad planned?

Niki: We’re just gonna go out and do what we normally do – hit hard and have a really good time.

Rhys: If anything happens out of the ordinary it will be spontaneous and we always get lost in the music and it – I always jump on something. I think we got a good slot, were on first on Friday at 1pm,, so people will have been there since Wednesday and wanting to see some bands.

Rhys:Unpredictable maybe? It’s all purely live – there are no tracks involved what you see is what you hear.

Dan: We just go mental on stage, we’re very raw live and have lots of energy. We’re just trying to play the new tunes off the album and see what people’s reactions are at the moment.

Tell me about the album – it’s coming out in August – is there a concept behind it?

Dan: We spent 5 weeks in Manchester with Dave from Heavens Basements at his studio and we were in the studio ten till ten every day and there were only a few days when we came back for the weekend then came back up.

It’s pretty diverse…well there’s no jazz tracks.  All the songs, we put a lot of effort in and have worked really hard on.

It’s a rock album but there’s different elements of rock in there. We’ve all got different sounds so we’re just honing it and making it our own.

Tom: All the songs are all about what we’re doing, being a young geezer and having a good time , there’s slow tunes and fast tunes I think a lot of people will be able to relate to it.

Explain to me about the latest single ‘Wake Up’.

Tom: When we was doing the lyrics we left the subject was really open to interpretation, it could be taken as getting out as a bad relationship or job and doing what you want and being who you want, you know, waking up.

Dan: It definitely a good representation of all of us because each of us have different styles of music and we bring that top the song writing and we all get involved and it all gets thrown about.

You’re from an area of lots of influential bands – did the West Midlands inspire you?

Tom: I think so yeah , there’s a lot to live up to when we say were from the midlands people say straight away Black Sabbath.

Dan: Touring and promoting the album – we’ll do as much as we can to get out there and hopefully this time next year things will be looking better.