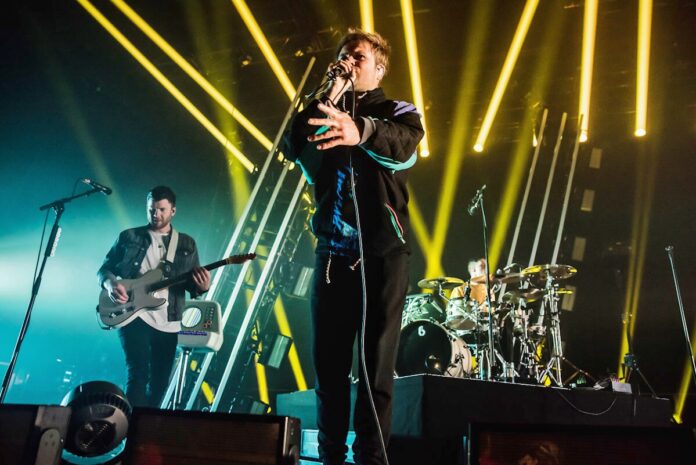 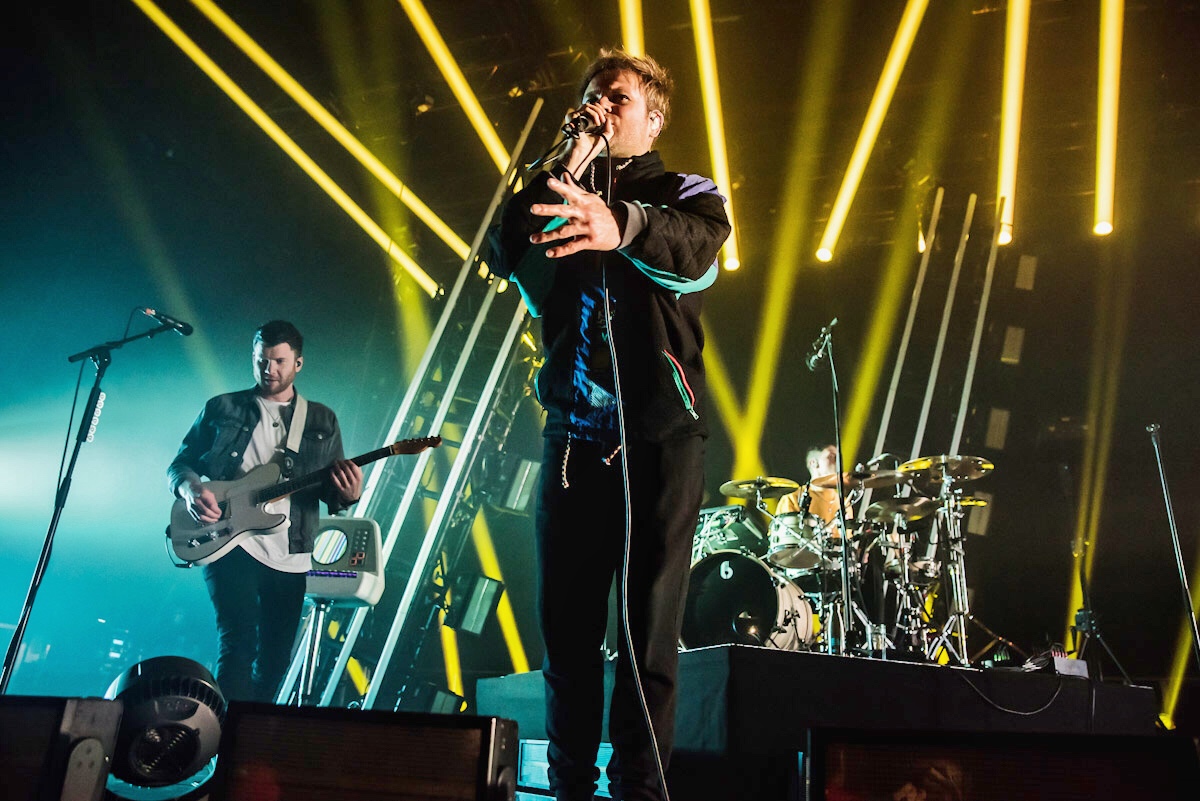 Taking to the stage in Manchester after having to reschedule twice before, Enter Shikari bring the noise to their long-anticipated show at the O2 Victoria Warehouse, with Louder Than War photographer Michael Bond there to capture the proceedings.

The anticipation begins to build early, with a NASA style minute by minute countdown, to launch the Manchester leg of Enter Shikari’s The Great Unknown Show. Everyone in the venue has overcome a lot of adversity in the last 18 months to be here tonight, but the gods were not quite finished with us all yet. Unfortunately, a positive Covid test has side-lined bassist Chris Batten, so to fill the obvious gap, sample voice and bass recording are used from a previous show, which works well as a last-minute substitute. If that wasn’t enough, opening track The Great Unknown stops partway through, due to technical issues, but not before the ticker tape cannons are fired into the crowd. Not phased by this, the crowd continue to sing the song, along with an impromptu drum solo from Rob Rolfe until normal service is resumed.

Now back on track, the opening song gives the opportunity for the cannons to be fired off for a second time, as the multi-coloured paper rains down far into the 3,500 capacity venue. Its an impressive light show, the 19 song set list is made up of both new and old songs spanning 15 years and 6 studio albums. They are brought to a close with a 5 song encore, ending with Live Outside, taken from their 2017 album The Spark.

Tonight is a brilliant example of live rock music utilising everything available to put on an impressive light show, to further enhance an already impressive performance, which I’m sure fans will remember for a long time to come. 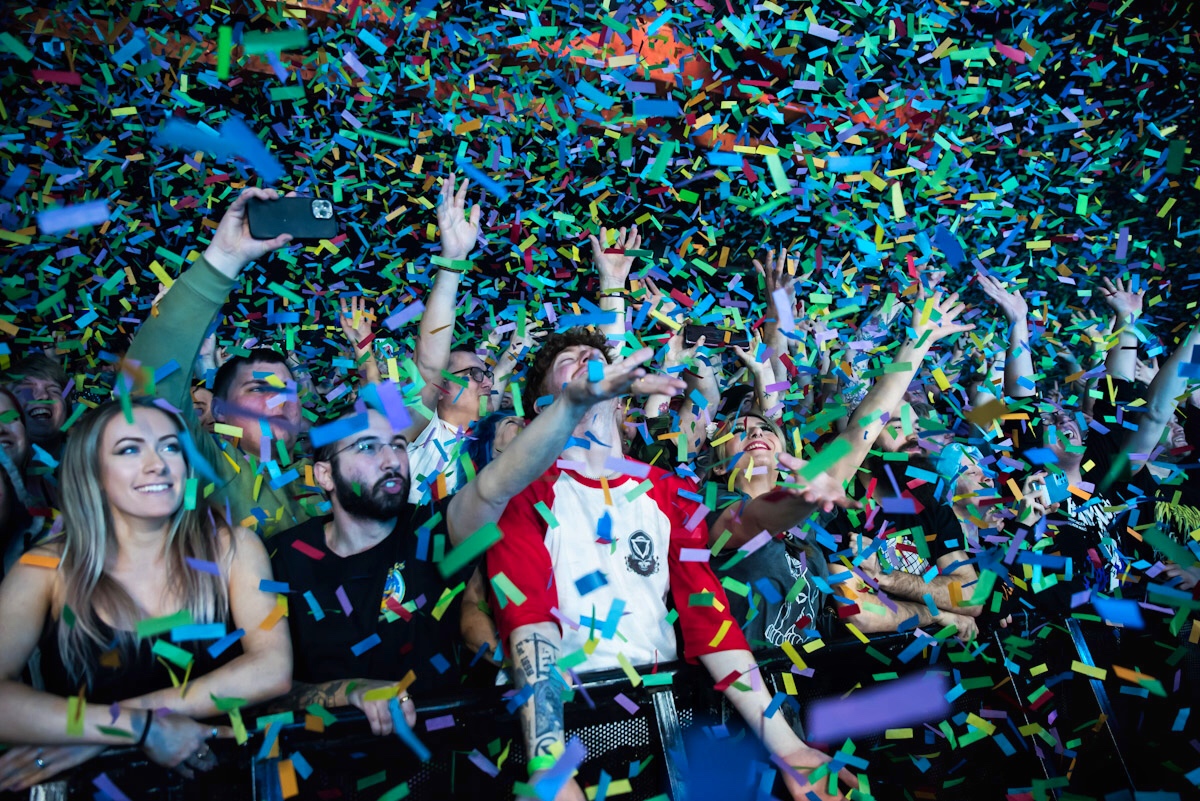 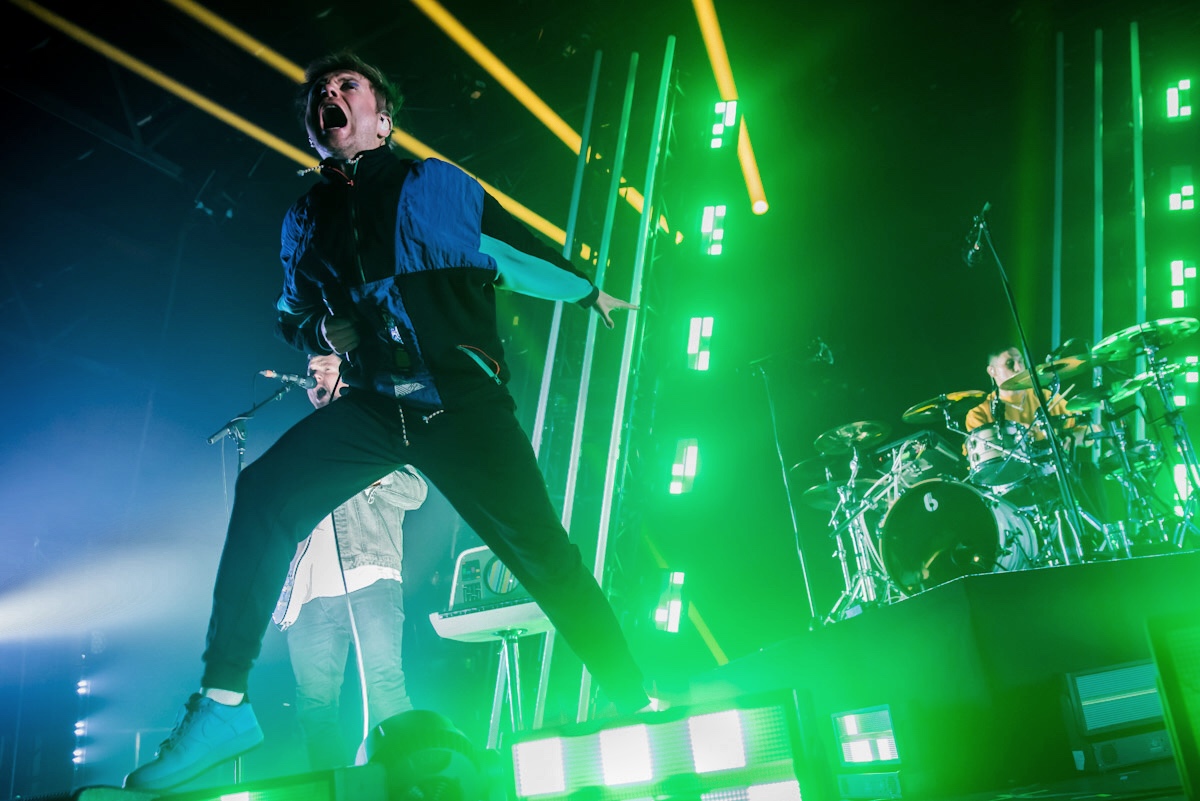 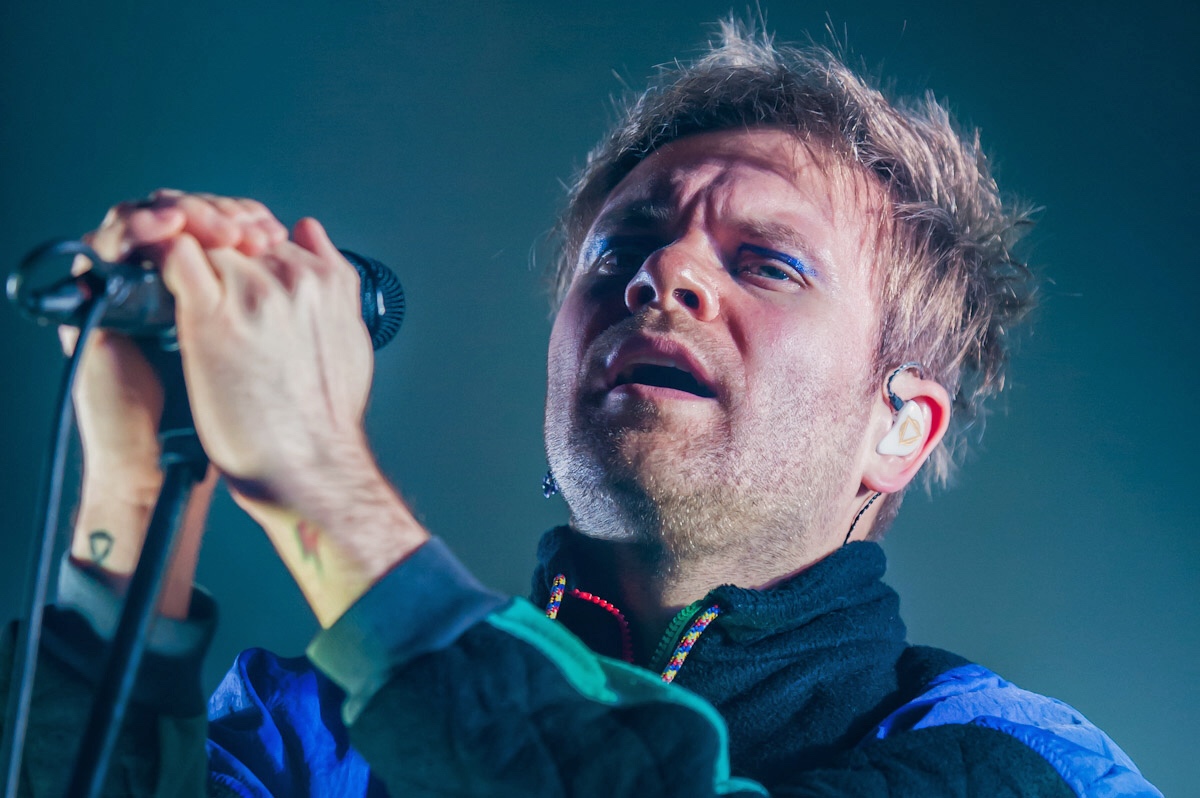