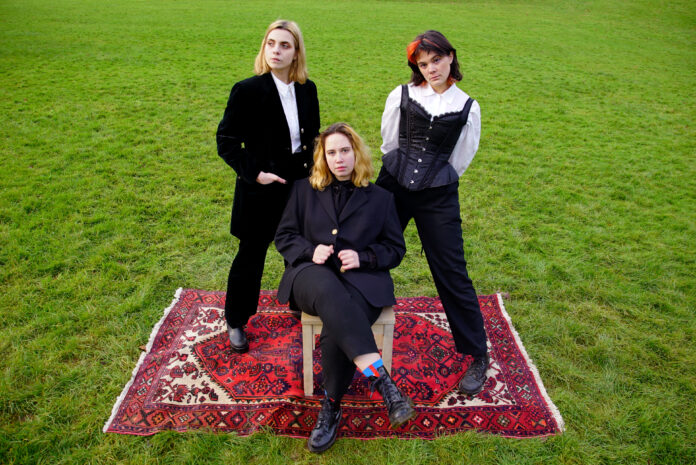 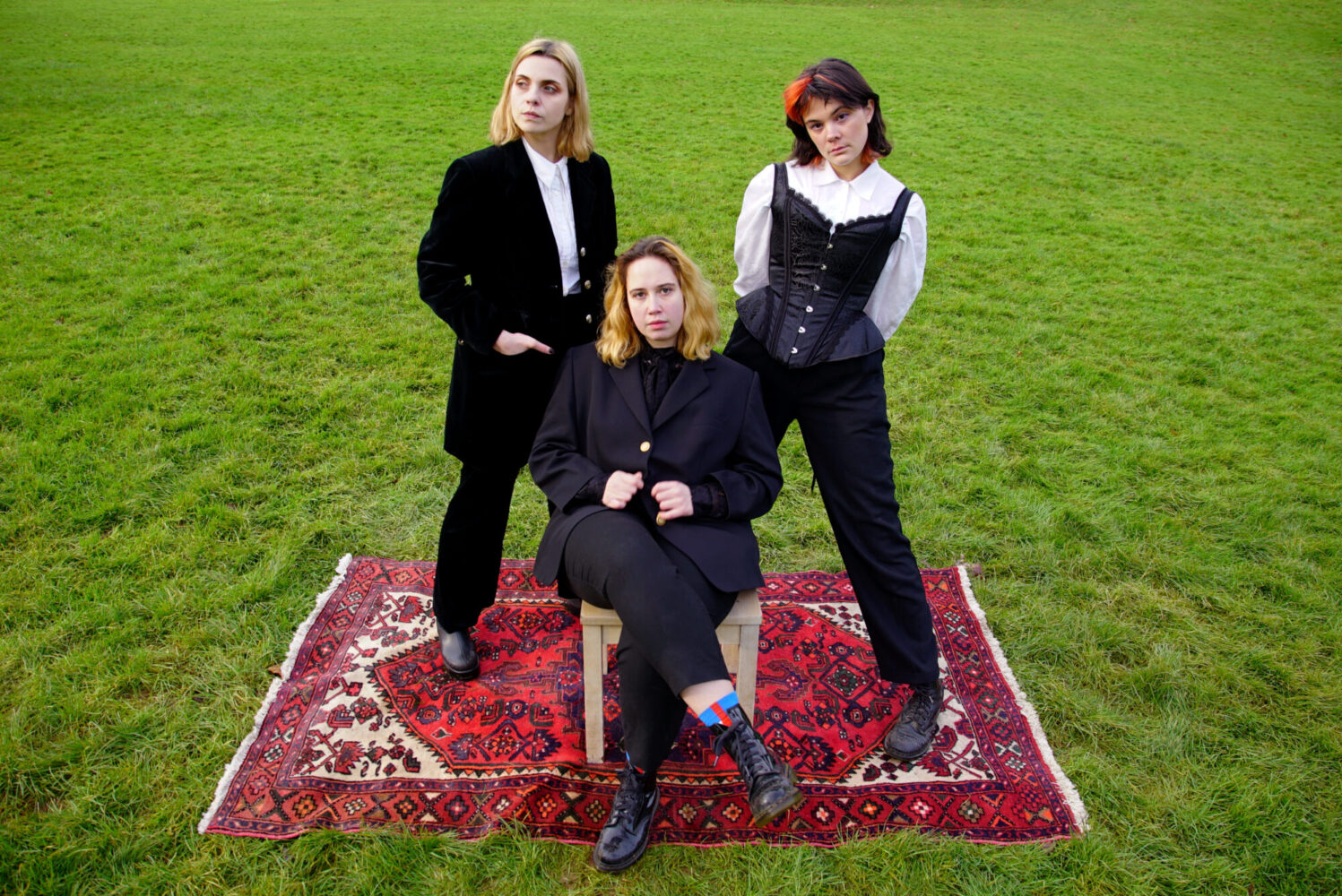 New band showcase events are appearing thick and fast at the moment. Keith Goldhanger reports on what he feels are three bands worthy of everyone’s attention.

The gig loving public are back in town again. Five new bands tonight at the legendary 100 Club under the banner of ‘Fred Perry Subculture’s All Our Tomorrows’ representing ‘The voice of diverse British creative youth’ (it says somewhere on the flyer or the ticket or something). In typical fashion, we mistime our journey back into London’s West End (it’s been years) and miss the opening couple of acts. The 100 Club is pretty much all there is here that interests us in the centre of town nowadays and visits are not as frequent as they used to be (The Social around the corner still exists but this going out malarkey is still in its infancy and some of us haven’t worked out where every gig in town is happening yet).

AUTOMOTION are on stage as we get here and first impressions remind us of Shame before they were confident enough to start climbing all over the place and jumping up and down. A band with a Black Country New Road (or is it Black Midi?) tune or two on their Walkmans and an impressive display of heavy crashing riffs and loud guitars.

Only later did we learn that one chap on stage is the son (Lennon) of Liam Gallagher. Imagine being just out of your teens and already being in a cooler band than your father and uncle said everyone when they then went up into the street for a mid gig fag, crowd the pavement and a look at all the new buildings that have appeared since anyone was last here. This venue downstairs is still the same as it ever was. Nothing inside the club appears any different from what we remember in the early eighties when GBH played here and someone set the Christmas decorations on fire.

Bristol’s GRANDMA’s HOUSE (top pic by Belle Whittington) had many of us bouncing up and down again and screaming along to Always Happy, a tune that many of us fell in love with earlier in the year. Double, sometimes treble screaming vocals with a loud buzzing guitar took us back to that golden age when bands such as Hole or Babes in Toyland would visit our shores and show the rest of us how to be cool and thrilling. This trio are even more fabulous than we expected. Each tune is short, simple straight to the point, merging simple riotous punk rock with simple riotous grunge, yelling out one liners and rarely pausing for breath. Gobsmakingly great and a joy to have witnessed.

Belfast’s ENOLA GAY may not have even visited London ever, let alone play a show here before, therefore this four piece who have impressed many of us recently with their noisy messed up releases are probably unaware how fortunate they are to arrive here inside one of the capitals legendary venues to play alongside an excited Steve Lamacq who was brilliantly Dj’ing the evening (playing Yard Act really loud and that Sprints tune everyone loves at the moment). We’re not sure many staggered back to the tube singing along to any of Enola Gay’s tunes after the show but many will be back to experience some of the harsh noises coming mainly from the guitarist who at times just left his axe on the floor and accompanied the loud bits and quiet bits by operating the tiny knobs on his effects peddles. They’re as sharp as Girlband at times and they reminded us of those early Therapy? shows we were equally impressed by years ago. Driven also by simple drums a booming bass that sounds a million times better than it does from the studio and the shouting (and at times) rapping vocals this band are going to catch attention from those of us too old to accept there’s a child of a Gallagher old enough now to have a beer or lucky enough to have a cool vinyl collection from the early 1990’s we can revert back to for reference points. It was so 1992 at times we even thought we could see a younger version of Garry Walker (Wiiija records) at the side of the stage who on further investigation turned out to actually be Gary Walker. He now lives in L.A, Enola Gay are from Belfast, he’s their manager, we’re all old, bald and fat yet Gary seems to have flown in on a time machine just after that last Babes in Toyland gig at the Powerhouse. It’s possible the return of the Camden Lurch could be making a comeback (ask yr dad or Steve Lamacq).

We came here to have a peek, have a beer, catch up with the West End but not to review. Sometimes events are so ace we like to prompt you and be tempted to and join us again next time. We have no pictures of the event – use your imagination or better still hit these play buttons and get along to experience any of these bands when they appear in your town in the near future. You can take your own photos, there’s probably something in your phone that could manage to do this if you get the manual out.

A fabulous night out and already regretting not arriving earlier.

Words and photos by Keith Goldhanger. More writing by Keith on Louder Than War can be found at his author’s archive. You can also find Keith on Facebook and Twitter (@HIDEOUSWHEELINV).