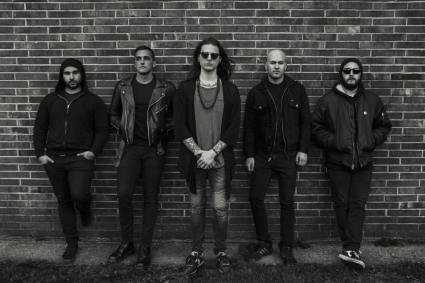 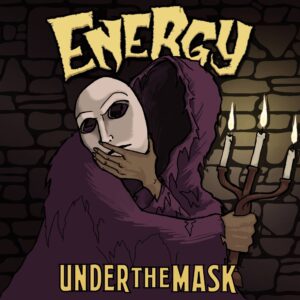 Ahead of Boston-based punk rock band Energy’s headline UK tour, the band will release a new six track EP entitled Under The Mask.

Under The Mask will be available from July 21st 2017, just ahead the bands headline UK Tour. The six tracks are skilfully creative dark, melancholy melodies entwined with contemplative lyrics that are sure to demand repetitive plays. Two singles, The Witching Hour and A Prayer For Rain have already been made available by the hard working, conscientious five piece who are releasing all tracks through their own label, Shadowland Productions.

The EP’s six tracks are; The Witching Hour, Under The Mask, The Shape Retreats, A Prayer For Rain, I Killed Your Boyfriend, Leave Me Alone. They were all recorded and produced by Chris Curran (PVRIS, A Loss For Words, It Lives It Breathes) at Reclaim Studios in Connecticut, USA.

“We got to explore some unfamiliar territory.” says the bands front man Tank “With songs like The Witching Hour and Under The Mask, this release contains some of our darkest and most heavy material to date. On the other hand, songs like I Killed Your Boyfriend and A Prayer For Rain are on the poppier side, which I think will appeal to old and new fans. I really enjoy the diversity of the songs that we’ve been putting out recently. I’m slowly trying to explore as many areas of music that interest me, while still being able to say with confidence that it sounds like an Energy record.”

The band have created a lively video for the EP’s lead single, A Prayer For Rain, created from footage captured during their UK spring tour supporting Creeper.

Under The Mask will be released on CD and Digital Download on Friday 21st July 2017 and Energy’s twelve date UK Tour will start in Manchester at Satan’s Hollow and continues as follows:

Energy will be supported by Southampton’s punk rock outfit Miss Vincent on all dates. Tickets are on sale now via SeeTickets.