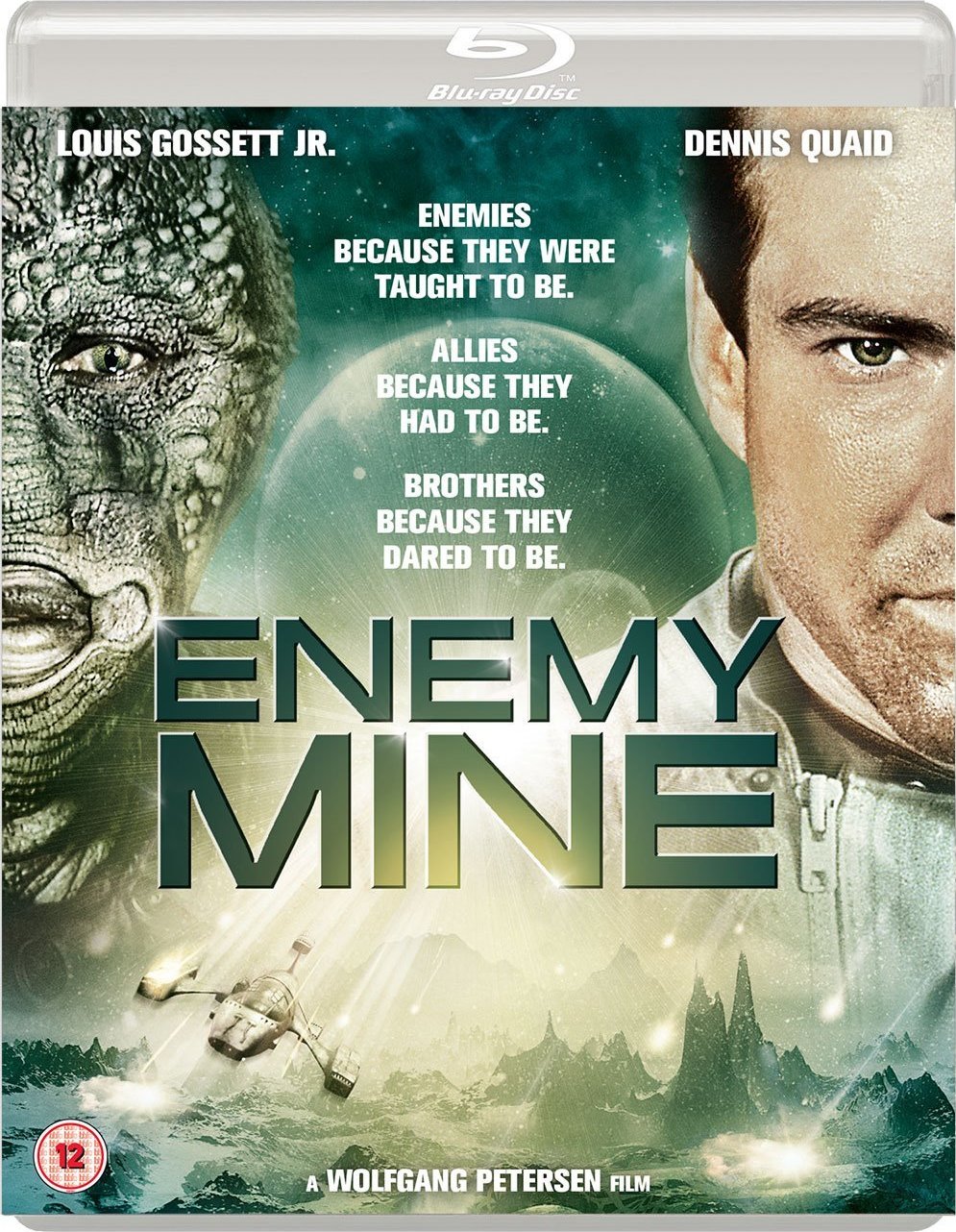 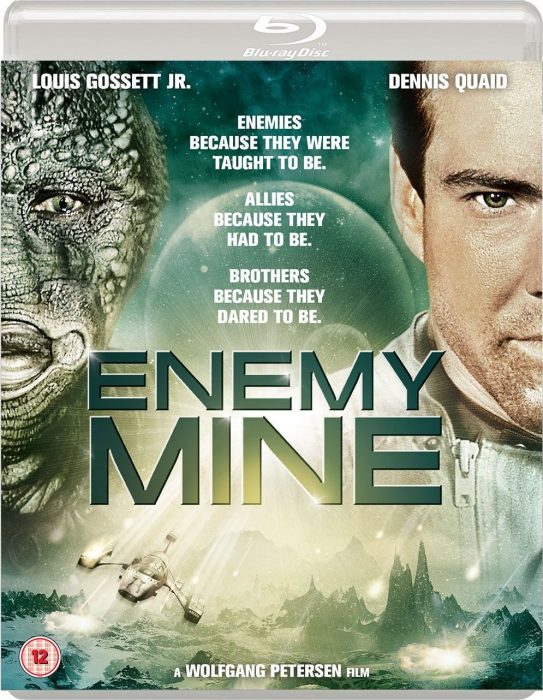 Jamie Havlin takes a look at a 1985 science fiction adventure movie that had aspirations to become the next Close Encounters or Star Wars.

Based on an award winning novella by Barry B. Longyear and set in the late twenty-first century, Enemy Mine stars Dennis Quaid (The Right Stuff & The Big Easy) and Louis Gosset, Jr. (An Officer and a Gentleman). Quaid plays Davidge, an American soldier serving with the Bilateral Terran Alliance (a United Earth) while Gosset, Jr. plays Jeriba Shigan, who is a Drac – a race of alien humanoids with reptilian skin.

After a dogfight in outer space, these two sworn enemies both crash-land and find themselves marooned on a planet named Fyrine IV, an inhospitable environment where meteors shower down ferociously at random intervals and where some repulsive looking carnivorous creatures emerge from a quicksand pit whenever a potential meal passes by – including at one point, Davidge, before he is saved by the man he later nicknames Jerry.

He really owes a debt of gratitude to Jeriba here, as when he’d first discovered that he had company on Fyrine IV, he’d immediately attempted to kill the Drac. Tensions persist between the pair, though they’re eventually forced to bond together to improve their chances of survival.

Inevitably I was reminded of a similar film featuring two unlikely friends in space, Robinson Crusoe on Mars, which I reviewed here last year, although in the accompanying booklet, film scholar Craig Ian Mann suggests another, more earthbound, inspiration: John Boorman’s Hell in the Pacific from 1968. 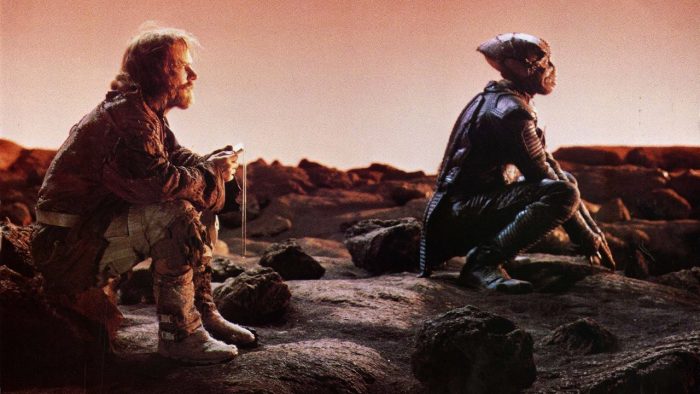 At a moment in history when the struggle between the U.S and USSR was escalating dramatically, with both governments becoming increasingly militaristic, the script with its obvious message of tolerance for others is certainly well-intentioned and anything that could possibly help decrease the hysterical hatred between both superpowers was surely a good thing.

Well, with the exception of Sting’s embarrassing dirge ‘Russians’ of course.

In Hollywood terms, though, the plot of Enemy Mine could be judged as naive. Cinema-going masses in the States might just have been willing to consider its message but not when the Dracs were depicted as more likeable, less warlike and more sympathetic all round than the Irkmaans (humans), who all seem somehow to be American. In fact, we later discover that Alliance soldiers have a policy of kidnapping Dracs and forcing them to mine some unspecified ores under the threat of a whipping from some intergalatic redneck types.

This, I would guess, is the main reason why this big budget movie failed at the box-office and met with little critical acclaim on release, although the final act was problematic too and much of the good work laid down spoiled by Davidge embarking on a far fetched rescue mission that resembled mediocre Bond movie Moonraker rather than the kind of thoughful climax I’d hoped for.

This is a pity as Enemy Mine really could have been an exceptional slice of science fiction cinema. The special effects must have looked very impressive when it first was screened – actually, even in the world of today’s CGI summer blockbusters, this blu-ray still looks pretty terrific. The Drac make-up is equally impressive and the acting is even better with Louis Gossett, Jr. in particularly outstanding form.

There’s also a clever twist that I didn’t remotely see coming and, despite the underwhelming ‘popcorn’ ending, I would still class it as one of the most under-rated sci-fi films of its era and would recommend sci-fi fans to see it.

Extras include the trailer, a deleted scene and a very well written booklet.