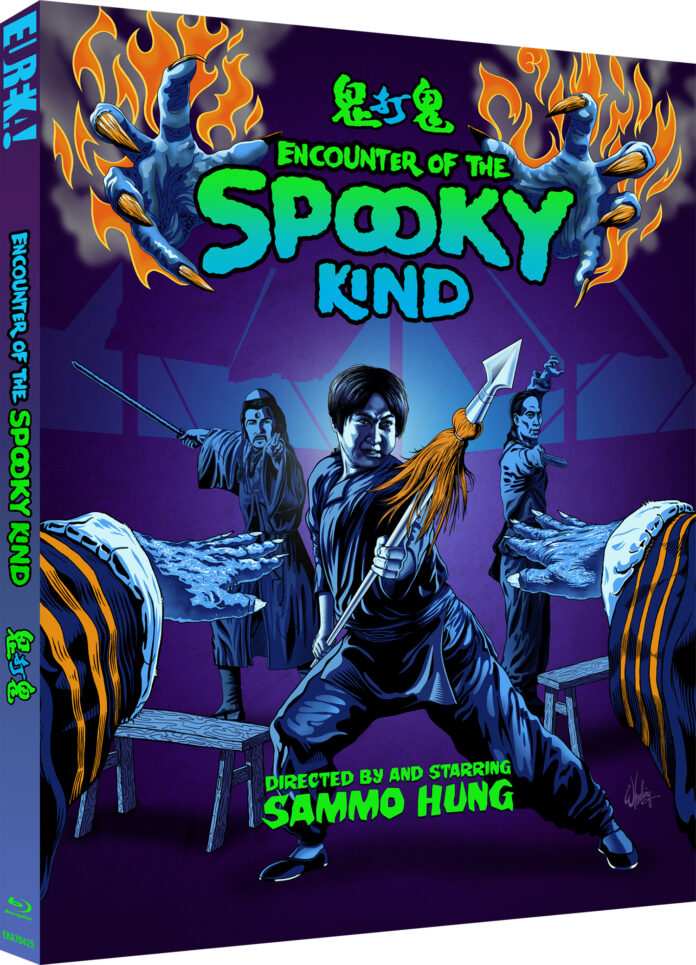 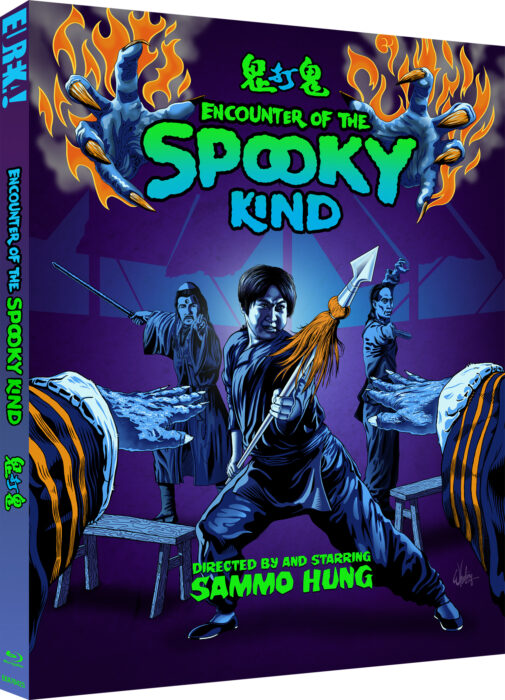 Directed, co-written and starring Sammo Hung, Encounter of the Spooky Kind was also produced by his Bo Ho Film Company. Here he plays Big Guts Cheung, a man fond of bragging about his bravery. He is challenged to prove his fearlessness on the night of China’s Ghost Festival and is the victim of a prank by his pals. There is a twist, though. In staging their elaborate ruse, the men invoke the spirit of a genuine ghoul – and if you’re wondering, the horror here is much more Carry On Screaming than The Exorcist.

By day, Cheung works as a pedicar driver for Master Tam, a wealthy man hoping to run for the position of town mayor. Rather than any desire to serve the public, the selfish Tam only seeks to serve himself. A serial womaniser, he is currently enjoying a liaison with Cheung’s wife. Keen to avoid any potential scandal that could affect his political ambitions, when Cheung comes close to discovering what Tam and his wife are up to, Tam looks for a solution that will let him continue the affair. Killing Cheung might prove difficult. Yes, he’s gullible and overweight, but he is also a superb martial artist. 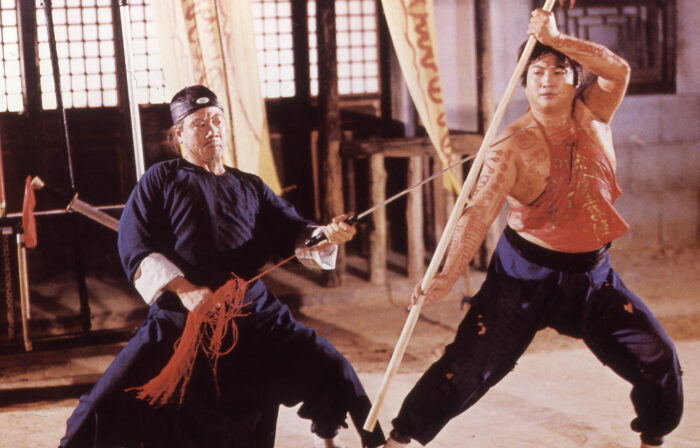 Tam’s obsequious advisor Lau brings up the name of a skilled sorcerer named Chin Hoi (played by a splendidly over the top Chan Lung) who will do anything if the price is right. According to Lau, he could kill off Cheung through supernatural means without raising any suspicions. Chin Hoi is hired. Luckily for Cheung, Chin Hoi’s younger brother Tsui (Chung Fat) vows to have nothing to do with the murder plot and instead seeks out Cheung, passing on some specialist advice on how to survive the onslaught of sorcery which will be aimed at him.

Believe me, that isn’t going to be easy. Just as it might not be easy for Westerners to keep up with what’s supposed to be going on – unless they have a far greater knowledge of Taoist principles and the supernatural beliefs of the Chinese than I do. This gweilo was certainly confused at times. Best to just embrace the mayhem and enjoy. 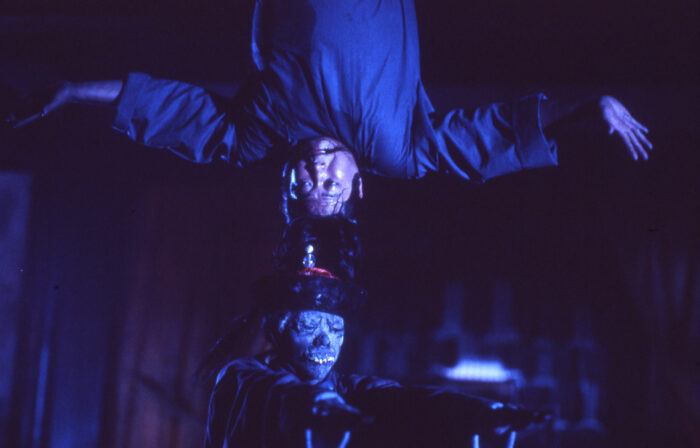 There is certainly much to enjoy. Action-packed and with madcap visual gags galore, Encounter of the Spooky Kind also displays the kind of inventive slapstick kung fu choreography that Jackie Chan would have been proud of – Cheung taking on some sword-wielding police officers while armed with only a small wooden bench being only one of many highlights.

Hung puts in a fantastic performance and when Cheung becomes possessed by the monkey god during one sequence and adopts the monkey style of kung fu combat, I did think that not only is he one of Hong Kong’s greatest comic actors but he’s up there with the best in the world. 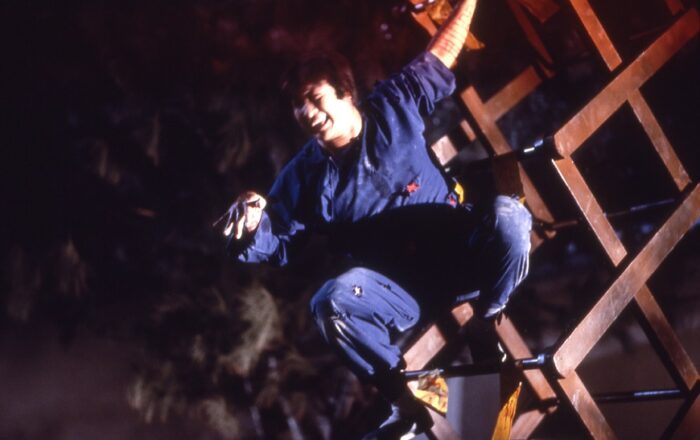 Despite this, the film is let down badly by its unnecessarily vindictive and violent ending. Animal lovers too are going to have a major problem with what looks suspiciously like the real decapitation of a chicken’s head – either that or the special effects team worked wonders.

A runaway success with local cinema audiences, this seminal movie helped kickstart the Hong Kong kung fu/comedy/horror hybrid craze of the 1980s where the Jiangshi – a form of Chinese vampire with distinct zombie characteristics too – came to the fore, peaking with a movie Sammo Hung produced in 1985, Mr. Vampire.

With this release, Eureka Classics presents the film on Blu-ray for the first time in the UK, from a brand new 2K restoration.