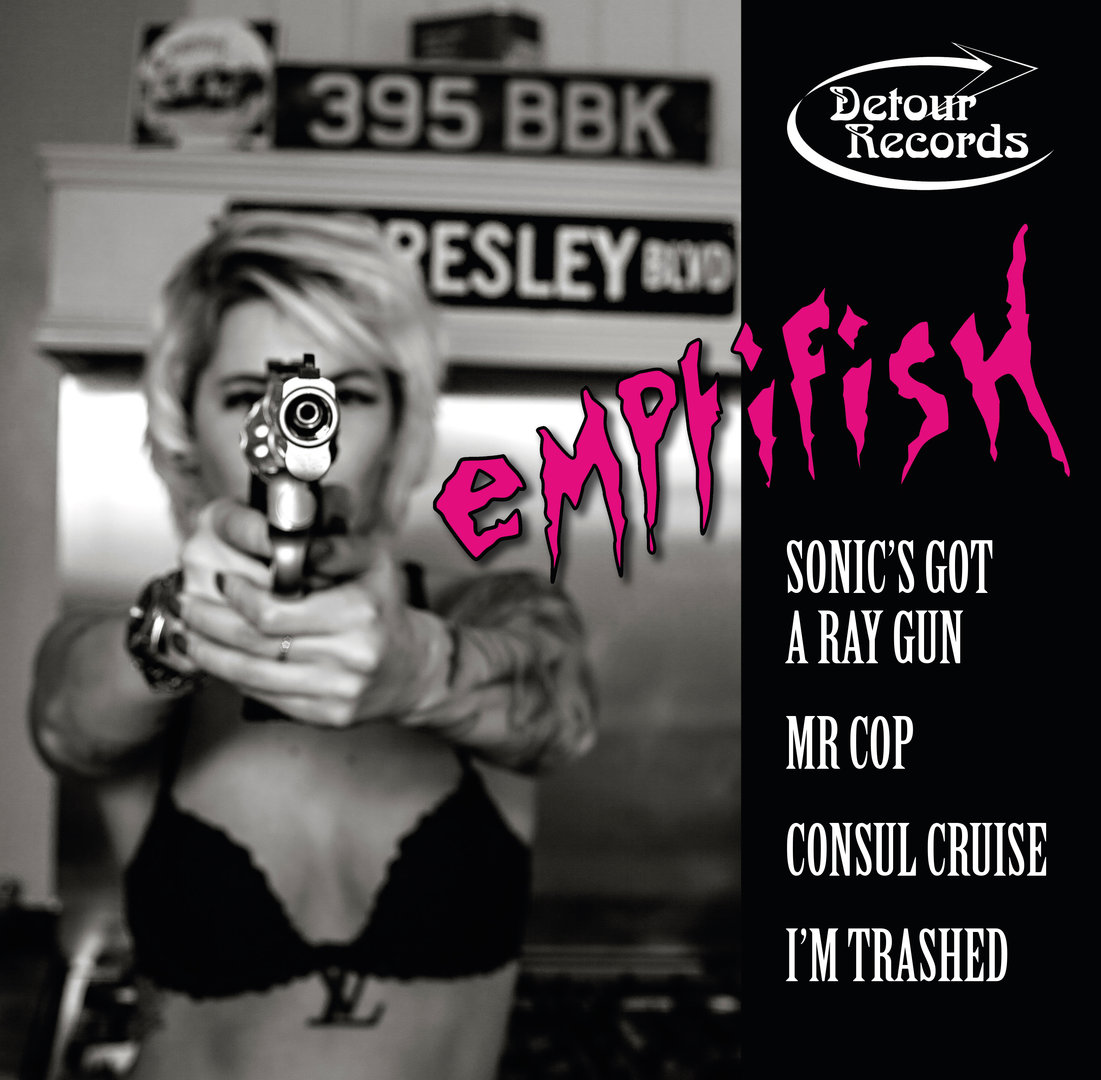 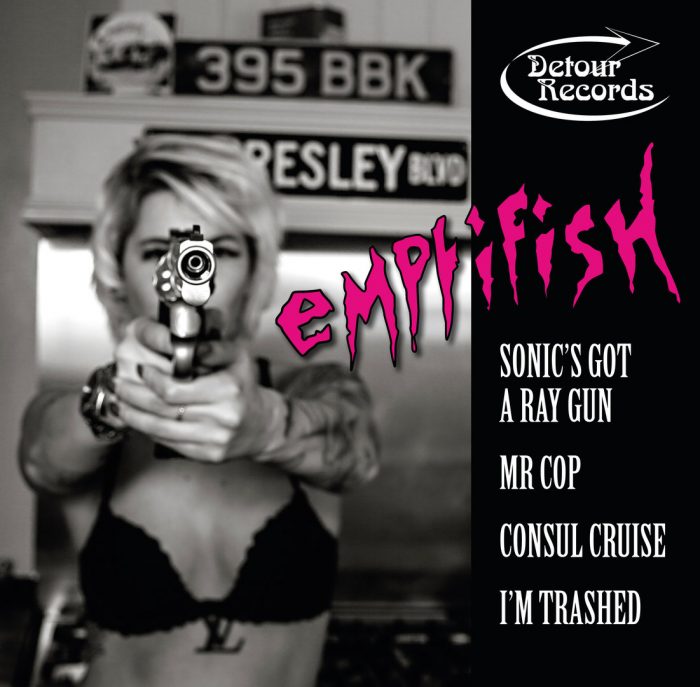 ‘This is THE most exciting slab of vinyl you could possibly start the year with…’ screams the press release, and never a truer word was spoken.

Emptifish are a properly ‘legendary’ Garage band from Portsmouth who finally released their debut album in 2016. I reviewed it here and it was Detour Records fastest selling release and already a collectors item.  The band reformed to promote the release with a couple of new members, Craig formerly a Good Time Charlie and Tony, the Fishs’ number one fan and biographer.   They of course all trade under psuedonims like Wipeout, O’delic, Shark and BBK.

Supporting the Damned recently they found a new fan in the form of Captain Sensible who raved about them righteously. Quite appropriate too, seeing as the Damneds ‘Noise Noise Noise’ contains the line ‘Noise is for heroes..’ Ian ‘Lord’ Sonic’s Ray-gun guitar-sound is what makes this stand head and shoulders above any other ‘Garage-Punk’ release.  It is a glorious noise.

Ian Sonic describes  it as being “Like a 1960’s spacecraft covered in treacle crashing into a Russian ball bearing factory!”  Which not even I can top!

On the lead track it really is, to my ears, the most beautiful sound. Distortion and feedback and a tremelo effect.   Imagine, if you can, the Jesus and Mary Chains Upside Down and Duane Eddys Rebel-Rouser being spliced together and played by the Cramps -in Space, On Acid.  That is how good Sonic’s Got A Ray Gun is.  There is some silly B-movie play-acting at the beginning which maybe goes on a little too long but establishes the trash aesthetic and humour in Emptifish-world.

The other tracks are fabulous too. At last too a studio version of live favourite Consul Cruise. Despite the fact that Emptifish perform the Shadows footwork when they play it, its pure Tarantino-vibe Cramps insto-mental.

‘Mr Cop’ is a typical Emptifish lesson in dealing with the opposite sex, with the titular anti-hero being asked to ‘arrest this girl’. It’s the best song the Milkshakes never wrote.

It really is a great EP which seems to have travelled 30 years through time and space to be with us in 2017. Its great to see Emptifish active again, particularly in the light of Ian Sonic’s health (he has Parkinsons and playing seems to help him manage the disease). They were, and still are legends locally and on the basis of this and the ‘posthumous-no-longer’ album 657, nationally, internationally and Universally!

I’ll leave the final word to Sonic, because he does after all, have a Ray-Gun.  He is trying to describe the essence of Emptifish:

If the Cramps played cricket, Link Wray was the umpire and the Velvet Underground were strangling Kraftwerk with guitar strings while smoking Sherlock Holmes pipes! That’s Emptifish! Got that!?

Sat 14th January 2017 – The Wedgewood Rooms, Portsmouth with Oh! Gunquit and the Glorias