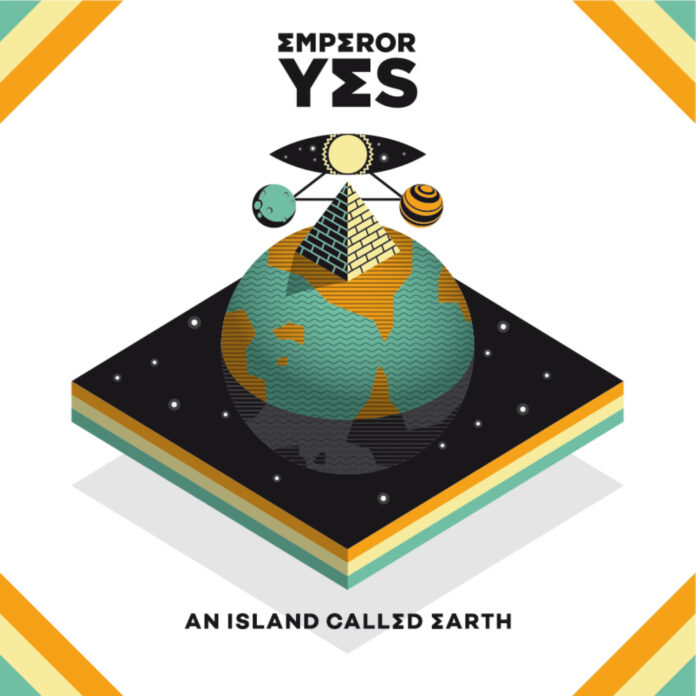 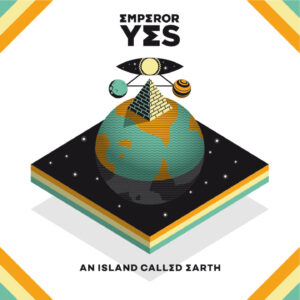 Alcopop! Records are a label renowned for both the sugary playfulness of their releases, as well as the high quality that goes along with them. Will the debut from Emperor Yes live up to our expectations? Keith Goldhanger says yes.

Alcopop! Records – that lot who release tunes by cool bands making cool music that everyone likes as soon as they get to hear, whether attached to the base of a Frisbee or simply, and lets face it a little more conventional, Just on a cd.

They’ve got their mits on a good one here.

Emperor Yes (they should insert an exclamation mark after their name) …..a three piece from London who have already teased our ears with a couple of ace tunes and ace videos over the past few months and have now released their debut album “An island called earth” and it’s a corker.

It begins by telling us all about the end of the world, you know…the bit that begins with polar Bears having a smaller back garden and other large animals trying to scamper onto new land forms in the hope that other civilised creatures such as you and I can help them out without resorting to eating them and thus satisfying our greed and bank balances (roughly, that sort of thing ). Then the album goes on and on around the universe (or the cosmos as its referred to here) mentioning dogs, frogs, gods, seals bees and ants and leaves us at the end thinking…I rather like all that end of the world stuff you know.

Once they’ve finished singing about the end of the world they go on to fly around the universe singing songs about their own new journey and now and again reminisce about the days when smaller life forms such as wasps were a bigger danger than whatever it is that’s caused the world to end in the first place.

It’s being sung about in the nicest possible way by a band that do sound a little like Oklahoma’s finest (I won’t mention their name, there’s only one and you’ll know what we’re on about) without the damage caused by a forty Rothmans a day smokers growl, and a little bit like the Buggles of whom most of us may have only heard about two songs by anyway.

Pounding cracking simple drums that hit you like a soft bullet in the stomach, buzzing guitars, bleeping and buzzing synths that go whoosh around your heads, at least one uplifting chorus that states ” It’s time to get together, show what we can do, you hold onto me and I’ll hold onto you” as well as additional voices that are so processed they’ll make go searching those old record shops for a “Sparky the magic piano” ’78 before realising the internet has been invented and it’s probably sitting there on Youtube.

Anyway, where was I ?…..Songs about Egypt, songs about science , telling us things that we have to believe however remarkable they appear and big choruses that could almost have been hatched from the children of the two hundred strong Polyphonic Spree (We tried counting, they wouldn’t stand still).

It’s an album the rest of the UK will fall in love with once everyone hears it and once the lucky few get to witness this live will embrace hearing these big tunes in small venues that sound as though they were written to be played in huge arenas, that only time will tell may be currently sitting there waiting for such an opportunity to host this three piece.

But we’re running ahead of ourselves at the moment. The world won’t end just yet, We’ve just booked our holiday for next year and Transport for London wouldn’t try to sell me an annual Oyster card if they knew something we didn’t eh ?

Start by listening to this and move on from here …

All words by Keith Goldhanger. More from Keith can be found over at his Author Archive.