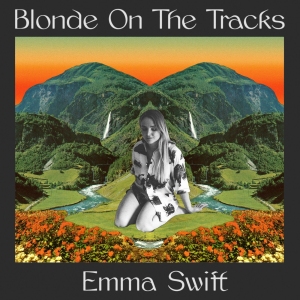 Emma Swift – Blonde on the Tracks 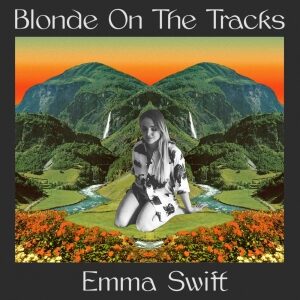 Australian songwriter Emma Swift fought through depression to finally finish a collection of Dylan covers that breathe new life into some of his classic songs.

Like so many people during lockdown Emma Swift struggled to find the motivation to get out of bed some days but she found singing Bob Dylan songs offered a reason to try.

The recording of this album of Dylan standards, and more obscure numbers, actually began way back in 2017 at Magnetic Sound Studios in Nashville where Swift now lives. Working with Wilco’s Patrick Sansone she recorded the last two tracks, I Contain Multitudes and Simple Twist of Fate, at home before in this age of Zoom the rest of her band offering their contributions digitally.

Sansone’s gift to this record is allowing Swift’s rich voice space to reinvent Dylan’s genius in her own way, and making sure she was not overpowered by a crack team of local musicians, including acknowledged Dylan geek Robyn Hitchcock, from The Soft Boys, who contributes typically subtle guitar throughout.

There is a danger when covering someone who you love and helped lift your mood that a record like this becomes a boring tribute album, rather than a meaningful reinterpretation, but Swift and Sansome are wise to that.

To Swift’s credit she doesn’t shy away from taking on some of Dylan’s best and trickier songs like a beautifully slowed down One of Us Must Know (Sooner or Later) which doesn’t quite have the edge of the Blonde on Blonde Original, but features glories pedal steel from Thayer Serrano replacing the rolling organ.

The challenging remote recording really suits Simple Twist of Fate as the unfussy playing allows Swift to tell the story from a female point of view which really works. The same stripped down approach also lifts I Contain Multitudes from Dylan’s critically lauded new record Rough and Rowdy Ways.  Dylan’s version feels like a man looking back on his achievements taking his farewell, but the younger Swift makes it more valedictory.

Dylan wrote the epic Sad Eyed Lady of the Lowlands as a whole side of Blonde on Blonde in an epic night long fit of writing at the height of his creative mid-sixties’ genius. It still divides Dylan nuts, with some dismissing it as an overrated plod, but over nearly 12 minutes Swift gives it a brisker temp adding a measured Hitchcock solo.

Swift also raids Dylan’s less well-known albums with a piano driven The Man in Me from New Morning as a simple man reflects on his life, which became a cult classic after its inclusion on the Big Lebowski soundtrack. Going, Going, Gone from the hugely underrated Planet Waves gets an airing retaining the quiet desperation of the original.

Taking on a musical titan might seem an unusual way to dispel darkness, but Swift used Dylan’s astute reading of humanity to find her own way back to the light in a way that should satisfy hardcore fans as well those who usually find his voice grating.