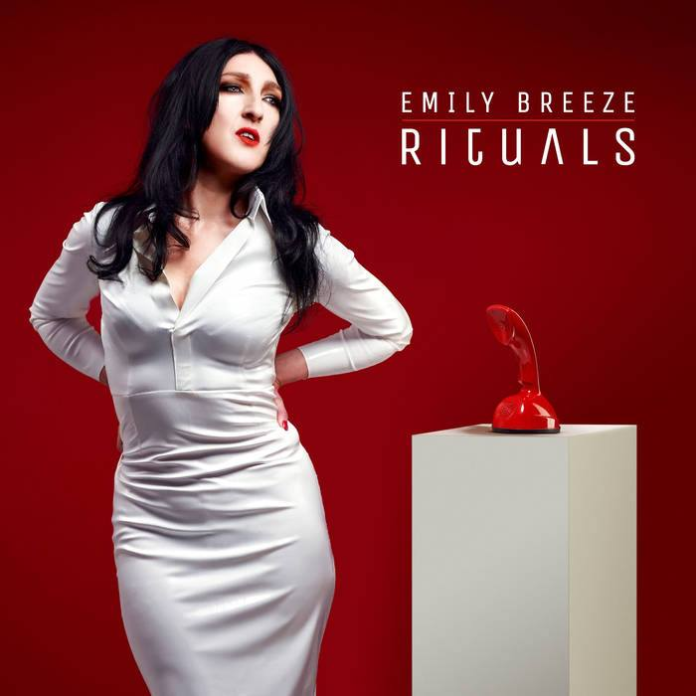 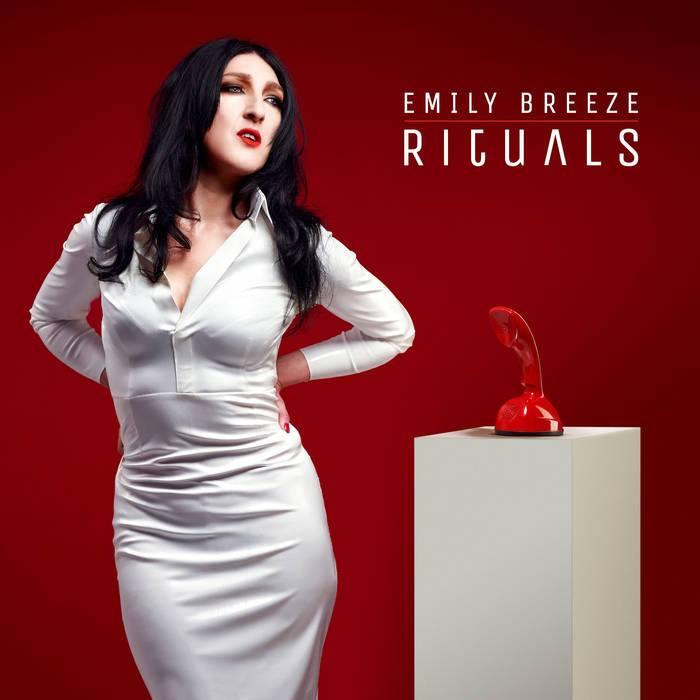 “When I was young / thought I’d bring the world to its knees / by smoking skunk in the daytime and skim reading Socrates”. So begins our introduction to the world of Rituals the latest long player from Bristol’s Emily Breeze and as album opening lyrical statements go it is up there with the best of them. The lyric from comes from Call In Sick Today which sees Breeze twist cliche ideals into a more surrealistic landscape, where anti-hero murder sprees now take place in a new space-age noir universe. The scene has been set so speed, mark, action.

Rituals is a very cinematic work. It belongs in the Lynch universe of Red Rooms and roadside dives. The album is seeped in a sort of beautiful melancholy that makes songs like album highlight Raining In My Heart really connect. You feel like you are hearing a distant missive from a lost soul who is trying to reconnect with the human form. The producer Stew Jackson (Massive Attack, Nick Cave, Tom Waits) has smothered the album in smeared lipstick and smoky corners making the album sound like it has one foot in the past and one in the future. Listen to Heaven’s Gate and you will here the conflicting time zones beautifully married together yet for Rituals to work as well as it does you need more than a good producer. What you need is a strong set of songs and a good set of musicians and that is exactly what we have here as Emily Breeze has an incredible gift with words. She makes every line cinematic and important. This is narrative songwriting of the highest order and with the band (Rob Norbury (guitar), Andy Sutor (drums) Duncan Fleming (organ), and Graham Dalziel (bass) Breeze has concocted a series of songs that manage to hook under your skin. You will laugh (Ego Death’s spoken verses are very relatable even when they are at their most avant-garde) and you will feel empathy (the mass suicide cult trip of Heaven’s Gate is full of high drama and tragic connection).

Emily Breeze has with Rituals managed the most wonderful of magic tricks. She has managed to write about some of the darker and more heartbreaking side of the modern human existence yet she has framed these tales within the framework of a cosmic-kitsch album that manages to have no sense of time attached to it. Age will never date Rituals. Thanks to the songwriting, performance and production Rituals will always feel current and now. As vital a statement on what it is to be alive in 2019 as any of the more celebrated, male, bands currently garnering all the praise. Turn off your phone, close the curtains and allow Breeze and band to take you on a vital trip in and around yourself.