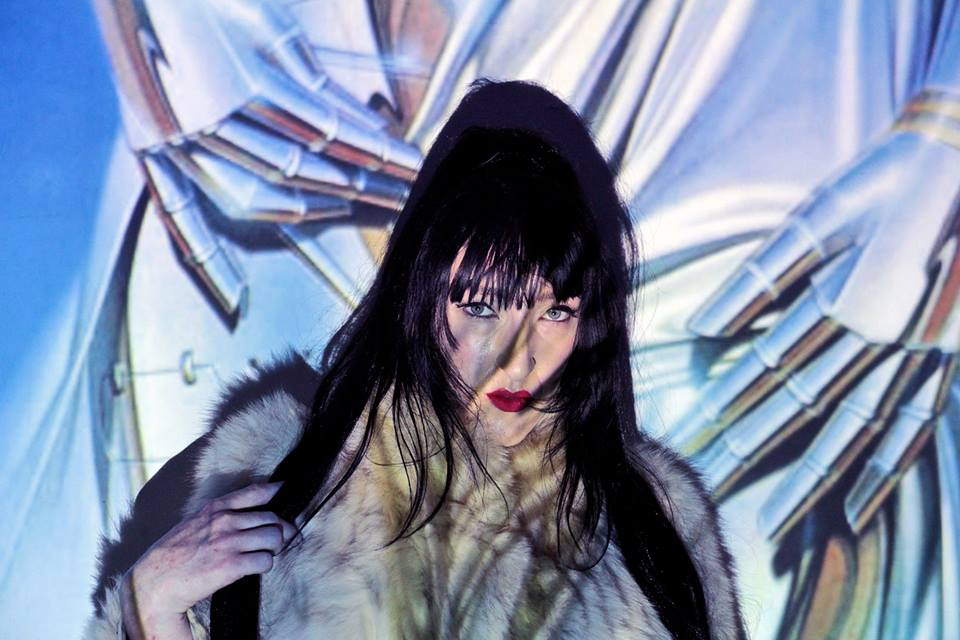 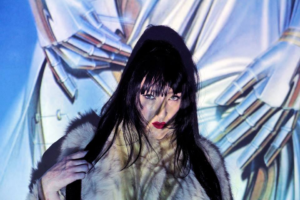 Single *digital only via Bandcamp

“I swear the older I get, the more dangerous I become,” whispers Emily Breeze in sultry come-to-bed tones on her new single Ego Death. “I’ve only just started to get interesting.” And you know what? The first half is true.

Bristol-based Breeze has always been interesting, from her intial incarnation as a female Johnny Cash playing Americana, through the mangled electropop of Candy Darling to today’s lounge-noir chanteuse, previously described right here as “Nancy Sinatra on ketamine.”

This second tune from her forthcoming album Rituals is as seductive as it is cynical: a softly-spoken fantasy of escape from a humdrum job, set to a sleepy funk rhythm embellished with jazz piano, sleazy synthesisers and a sudden, unexpected, guitar solo drawn from the depths and distorted to the brink of disintegration.

“Every day I wake up praying that my place of work will have been burned down / Or blown up,” she declares at the start, her voice as listless as the misanthropic picture it paints of a soulless journey through the centre of Bristol to an industrial estate on the outskirts of the city: “Mornings hit me like a fist / I construct intricate revenge fantasies on the number 2 bus.” We’ve all been there.

It’s the perfect articulation of that feeling you get commuting each day to a joyless 9-to-5 McJob just to pay the rent, hating the customers only slightly less than you hate yourself: “What can I get you? How can I serve you? / Today’s specials are ego death coupled with a side of nameless longing / We’re also offering a complimentary glass of sexual frustration / Which has been imported directly from the suburbs / The suburbs of your soul.”

More of an oblique twist than a departure from Breeze and band’s trademark lounge noir offerings, the song features her regular band of Rob Norbury on lead guitar, Andy Sutor on drums, Duncan Fleming on organ and Graham Dalzell on bass, demonstrating their gift for dysfunctional pop for the deranged, disillusioned and dishevelled – as glossy and menacing as Pulp, and as smooth and as subversive as Serge Gainbourg.

“I’m careering through the cosmos / I’m stuck in traffic,” Breeze murmurs at the conclusion of the song, now returning to the embers of her life. “I’m seething with resentment / I’m exploding with empathy.”

Ego Death Antoni Maiovvi Remix https://soundcloud.com/user-506360011/ego-death-antoni-maiovvi-remix/s-uZEQR
~~~~~
All words by Tim Cooper. You can find more of Tim’s writing on Louder Than War at his author’s archive. He is also on Twitter as @TimCooperES.