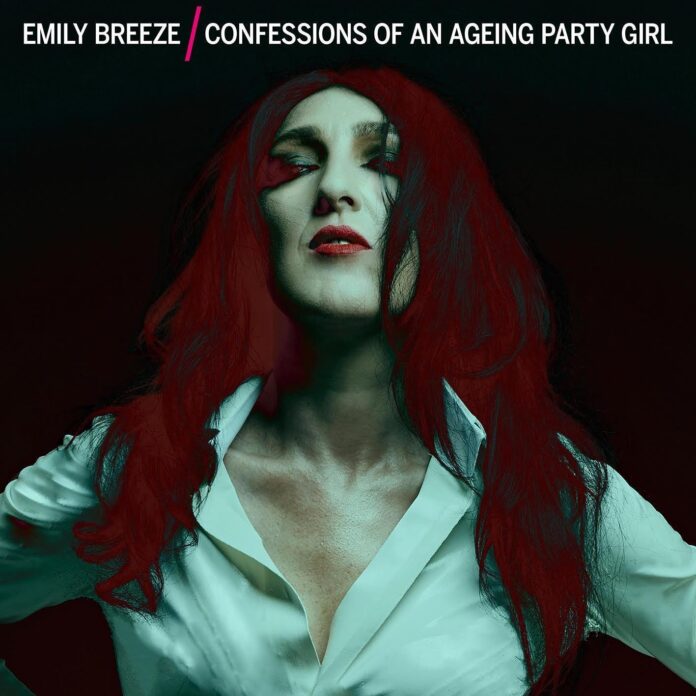 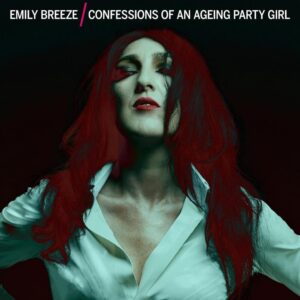 Confessions Of An Ageing Party Girl

Bristol based Emily Breeze is a unique force. Too nuanced to be a diva, too sharp to be a chanteuse, her blend of smooth vocals and sharp synths caused her debut album, 2019’s Rituals, to cause quite a buzz amongst the music press. Now, she returns with the second release from her forthcoming sophomore record –  her slinkiest slice of glamour yet, Confessions Of An Ageing Party Girl.

Rarely has a song’s title summed up the whole feel of it so well – hushed like a confessional monologue and brimming with a gorgeous faded glamour. If there’s one thing that says something for Breeze’s diverse blend of styles, its the diversity of the acts she is regularly compared to, all completely different to one another and thus ensuring she conjures up something unique of her own.

Confessions of an Ageing Party Girl starts out like a kind of Heart of Glass for the twenty-first century; swirling and shimmering like a mirrorball. But where that looked back on a love, Breeze is reflecting on a life, the kind that so often lies under represented. There is something reminiscent about Pulp at their most voyeuristic in her delivery; her narrator a female libertine who never wants the party to end. And why should she? Too often the ageing party girl is a derided, tragicomic figure in pop culture; for all her dark deadpan humour, Breeze never falls guilty of that. Instead her ageing party girl is a relatable figure for many of us, and she never makes that mirror uncomfortable.  Lines such as “the party’s over baby, but I’m never going on home,” might be delivered with the smooth lightness of an expensive silk scarf, but there’s a defiance underneath.

Yes, this party girl protagonist might be that friend of yours determined no-ones going home and you’re all going to damn well keep the hedonism going, but she’s doing so with such luxuriant sensuality there is no way you can avoid being hypnotised into not arguing. You are going to see the night through and fall, mascara stained, into her bedsit of reflection. This is the sympathetic record us party girls, too often told it may be time to calm down, have been needing for years. Boding very well for Breeze’s second album, this is the script of a kitchen sink drama filmed like a glamourous noir, and the results are a triumph of glittering melancholy.

Confessions of an Ageing Party Girl is released October 29th on Sugar Shack Records, who can be found at https://www.sugarshackrecords.co.uk/

All words by Amy Britton. More can be found her archive here.