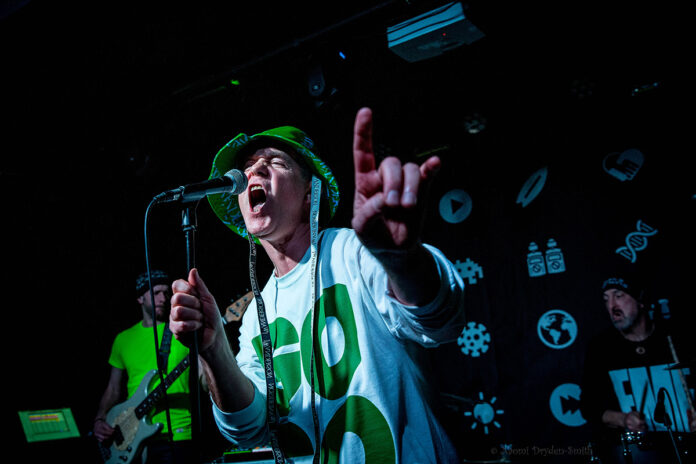 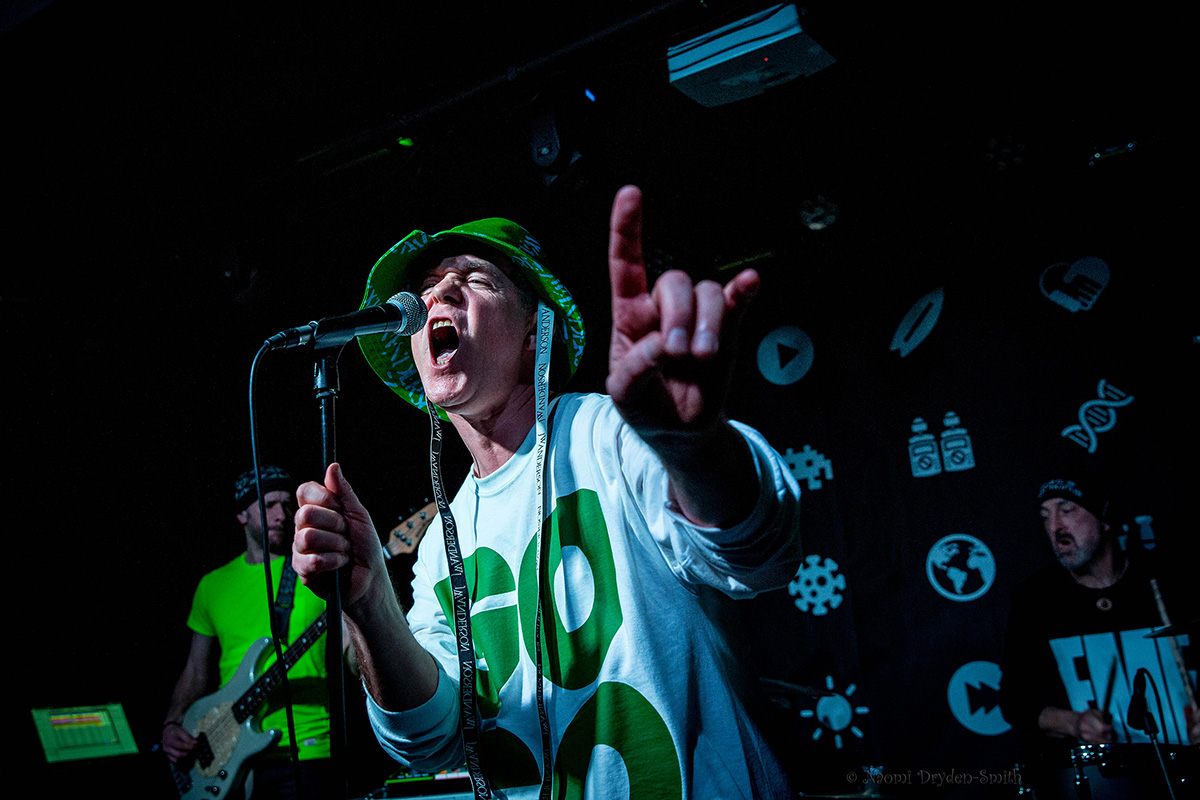 EMF make the risky move of playing their entire new album to an audience who’ve never heard it before. To say they pull it off is an understatement. Nils van der Linden was there.

Recording a new album after almost 30 years is, in a word, risky. Will it be good enough to match your classics? Will it be similar enough for diehard fans to like it? Will it be different enough to keep them interested? Will anyone else even notice it’s out?

Performing said album live from start to finish to a crowd who’ve never heard it before is, in a word, insane.

EMF have done both – hugely successfully. The trick, it turns out, is to be extremely good at what you do, for people who absolutely love what you do. First, on Go Go Sapiens the band created 11 songs as strong as those they released in the ’90s. Then they went to the effort to rehearse every single one so they all sound as good live as the hits they’ve played for decades. And now, on a Sunday night at The Water Rats, they’re playing them all in a special, intimate one-off show to fans (and the occasional journalist) as enthusiastic as the band themselves. 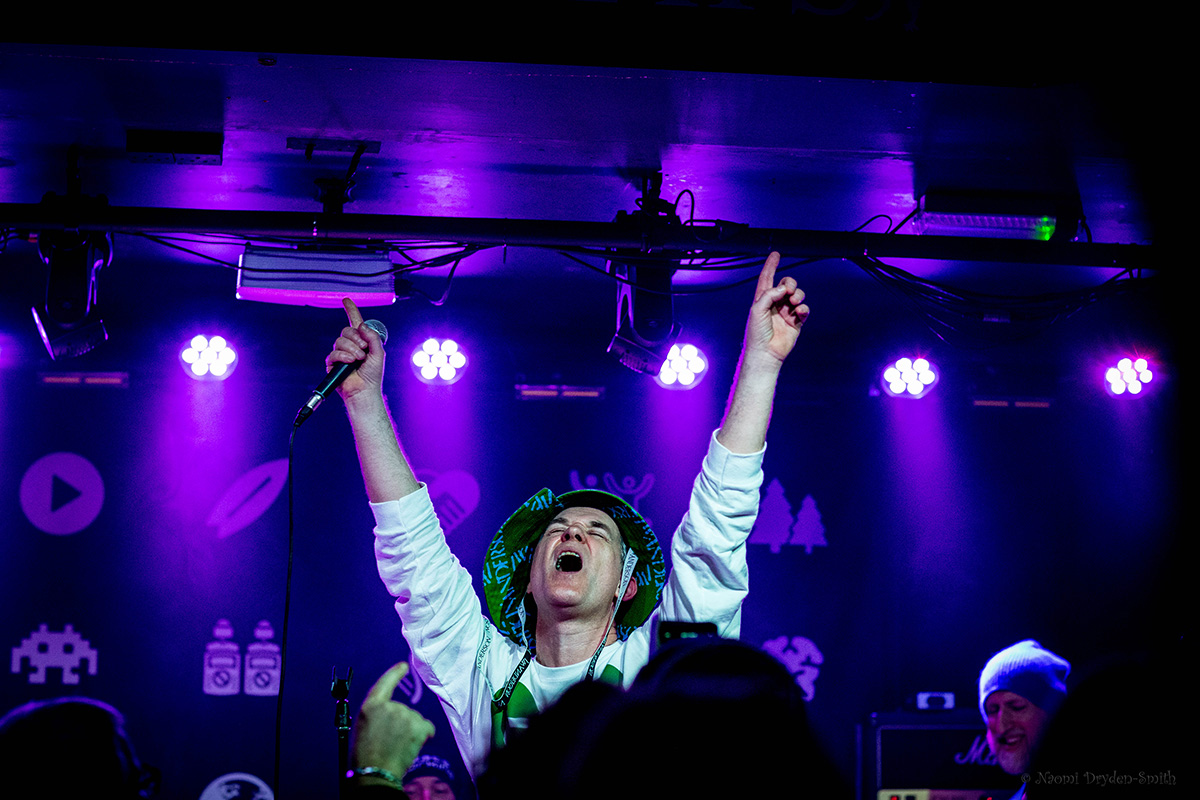 That enthusiasm is evident within the first minute of swinging opening song, Started It, as the bass and drums really kick in, Ian Dench lays down one of his chunky guitar riffs, and James Atkin belts out a timeless party anthem line: “yeah yeah”. Lead single, and probably the only song most people here have actually heard, Sister Sandinista is built around a seductive, slinky melody from the guitarist in the Stay Dench T-shirt. Catchy and immediate, it sparks an audience singalong and the first of Atkin’s many spontaneous raised-arms open-palms gestures.

The dayglo Beachboys indie-rock anthem Stay Classy San Diego follows and it’s not long before he’s pogoing behind the mic stand, sharing wide-open smiles with Dench, and, on barely baggy Crime Of Passion, putting that energy into playing keyboards. If Atkin or anyone else in the band is in any way nervous, it doesn’t show. Between songs he treats the audience like they’re old friends (a chatty Isle Of Dogs resident in particular), mock-admonishing people for swearing, before swearing seconds later. 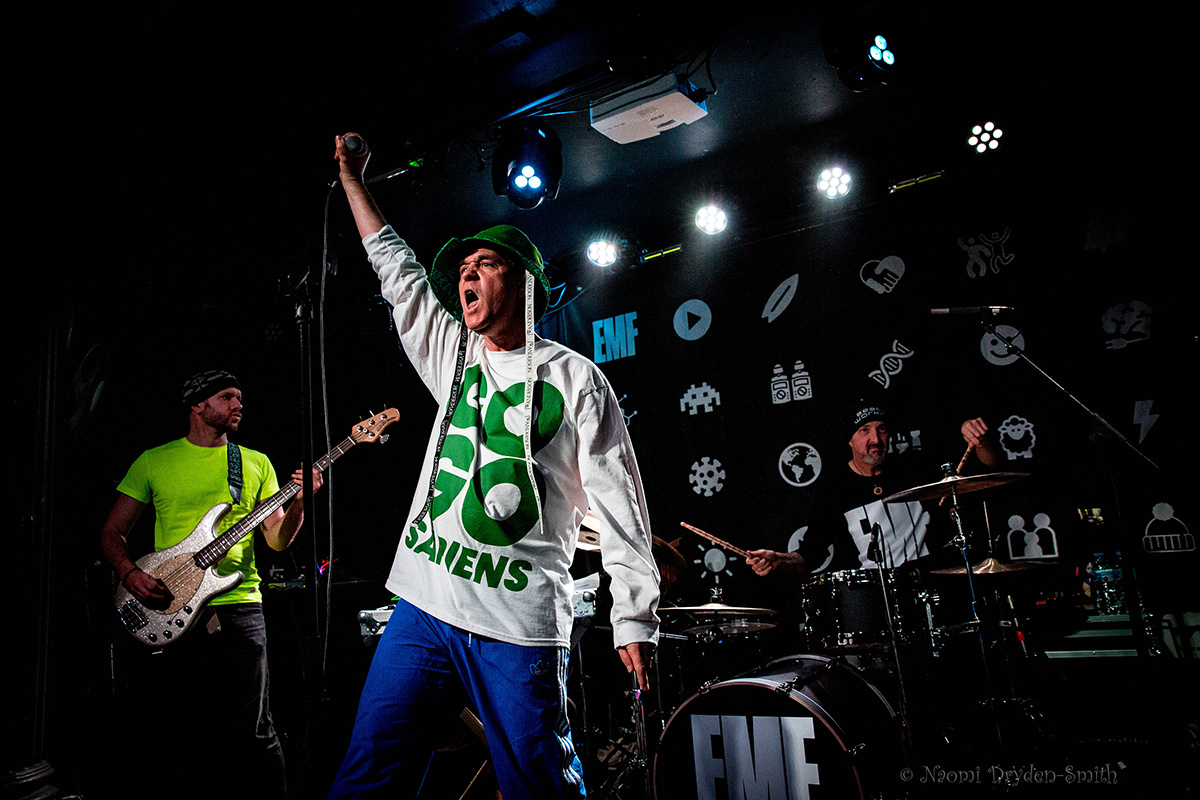 The groovy We Are The Free slows the pace and lowers the intensity a little (with the singer even getting out a tambourine), before introducing the balearic Equilibrium with “let’s dance”. Stripped of the production, it becomes bleedingly obvious how integral Dench’s slinky guitar lines and Atkin’s voice are to balancing out the relentless rhythms of drummer Aid Todd and bass player Stevey Marsh. (Derry Brownson — on samples — is missing in action tonight because of an injury, but is expected to be back in time for EMF’s upcoming April shows.)

That balance is equally apparent on unrelenting set highlight Keep It Coming, with the singer belting out line after line after line like a hip-hop star as the music behind him evolves into a Rage Against The Machine-style storm. Never Die is a big-throated rock song updated with 2020s electronica, before Dr. Strangelove reintroduces the ’90s dance groove and a signature EMF spoken-word sample.

Completely unexpected, though, is The Greatest Day. Their quietest, most intimate song yet, the ballad comprises little more than vocal, bassline, and deceptively simple guitar line, but leaves the crowd mesmerised. The high-energy album closer Sparks And Flashes sees a return of the massive smiles from musicians clearly having fun and thrilled to see how well these songs are being received. 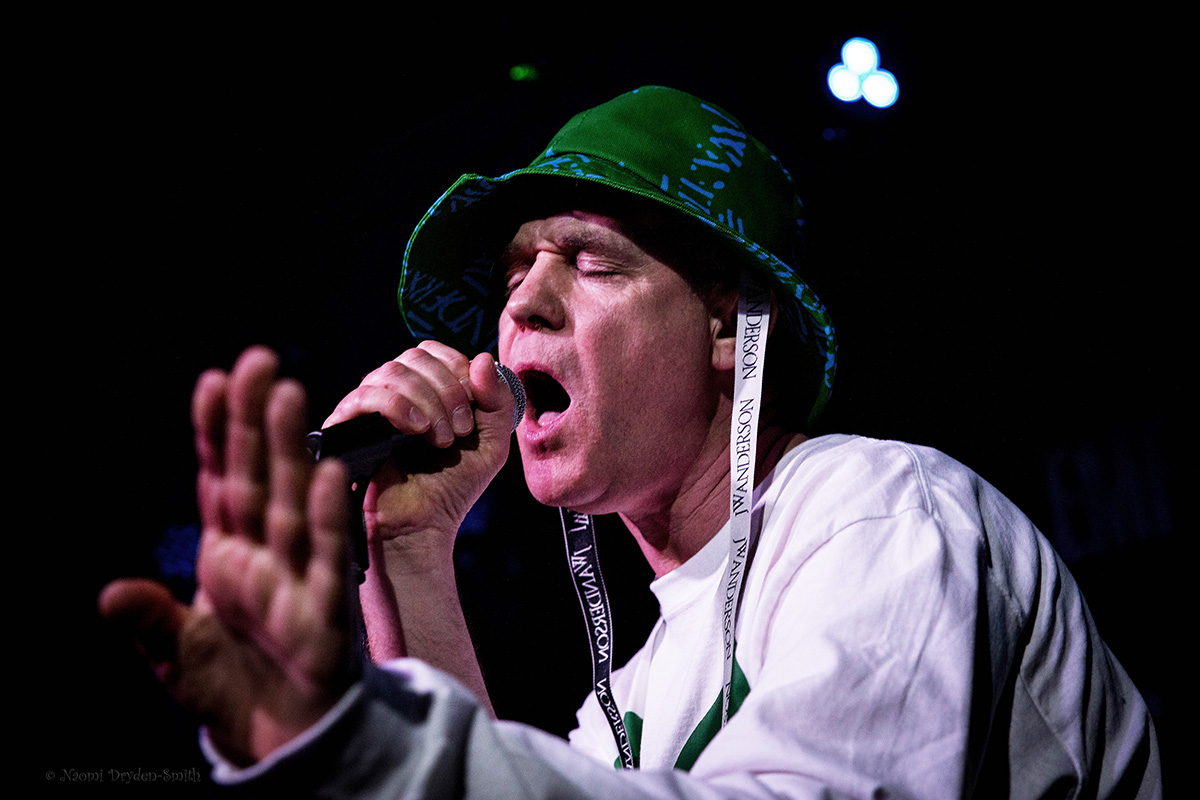 The hard work out of the way, Atkin orders a pint from the bar and leads band and audience alike through an inevitable finale of Unbelievable, I Believe, and Inside, a joyous, celebratory conclusion to an already special night.

The performance was filmed and will be released online. Although it won’t quite capture the body-tingling experience of being in the room, keep checking EMF’s Facebook page for your chance to see it for yourself. 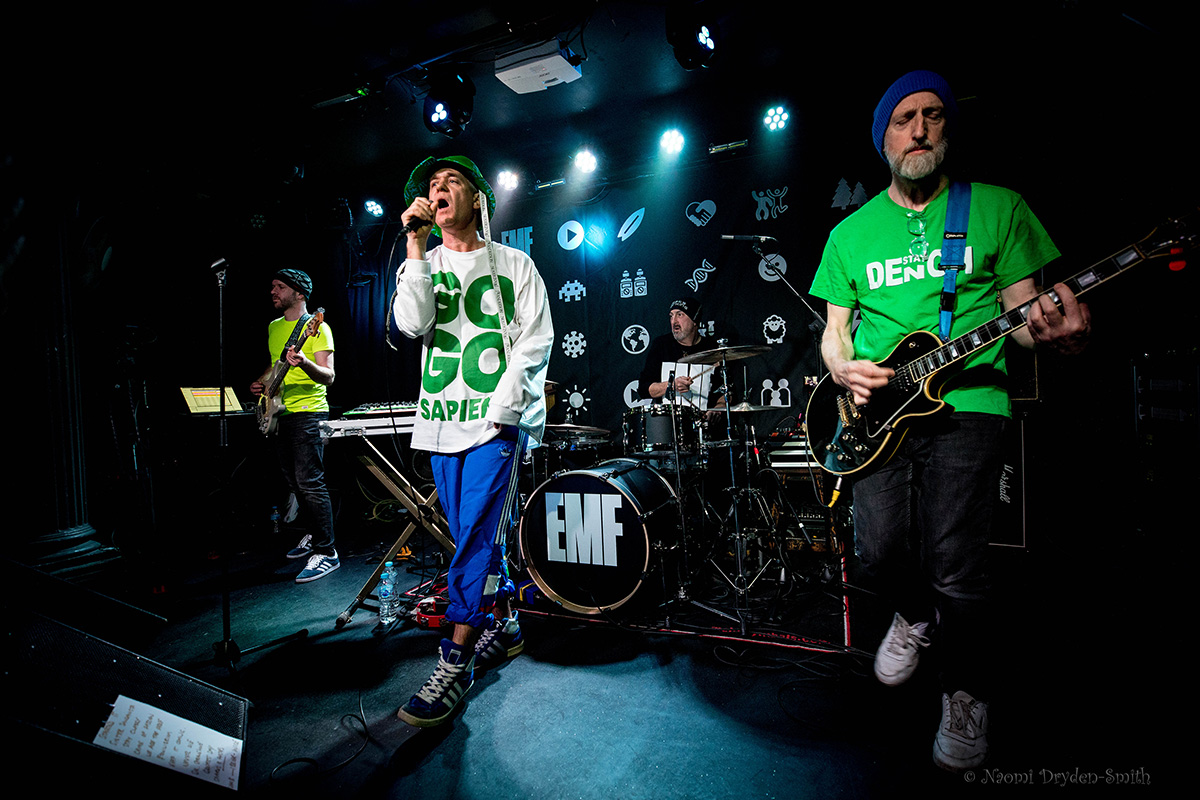 EMF are performing a series of Go Go Sapiens launch shows. Tickets are available from the band’s website.