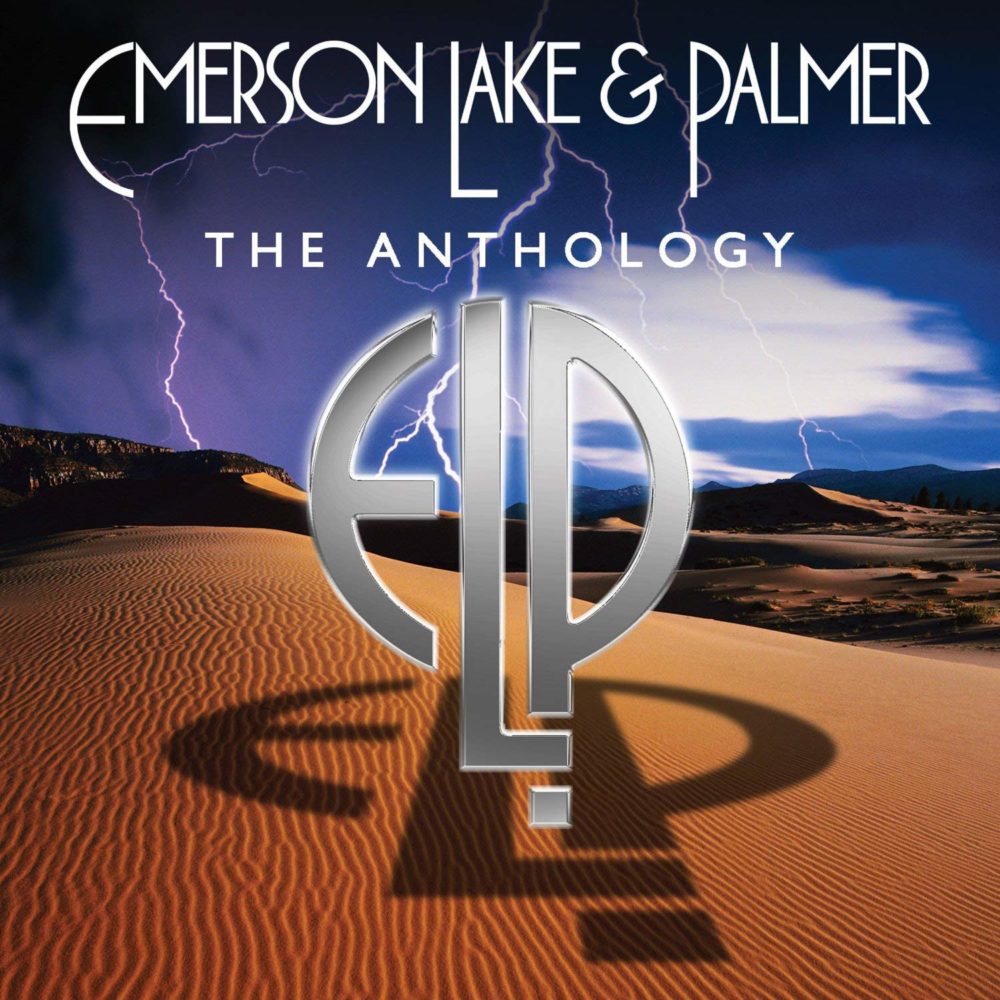 For a short period in the early and mid-seventies, they were one of the biggest bands in the world. Adored by fans, scorned by many, their “welcome back my friends to the show that never ends” signature lives on.

The ELP legacy is one that’s often revisited. Their first Best Of appeared, if I’m not mistaken back in 1980, followed by a succession of compilations plus a whole host of live sets, few of which match the excitement (and indulgence) of their 1974 triple LP set in fold out ‘E’, ‘L’ and ‘P’ sections. It may even be a catalogue that rivals  Jimmy Page’s constant reinvention of the Led Zeppelin similarly brief collection.

The  2017 ELP Fanfare box set was an all-singing, all-dancing, wallet-busting set that few may have been able to afford despite the appeal of the lavish boxed set with extras treatment, although there may have been some rose-tinted perspective on the band in a different light after the deaths of Emerson and Lake. Even the late John Peel may have looked back with some regret on his “waster of talent and electricity” comment.

So the latest ELP product brings us an anthology in the form of a four vinyl album set pressed on coloured wax and for the techies, mastered digitally from HD sources at half speed. Three and a half hours of music contain what Jimmy Page would call the same picture in a different frame. The cover image may look strikingly similar to stock used for Steve Hackett’s recent At The Edge Of Light album (lightning strikes across ominous blue/black sky above a barren landscape), but there’s a brand new  2019 essay by Chris Welch in a booklet that at least is of a size to give us old rockers a chance to read it without being the usual microscopic CD booklet. The booklet also holds some wonderful images, many of which may well be unseen (to these eyes at least) that also track a few fashion landmarks.

To be fair, there’s nothing new musically; you’ll have to dip into the archives for that, but all three distinct periods are covered: the five albums released in the period 1970-1973 that stand as their greatest achievement, the 1977 return with Works and the band’s ill-fated orchestral tour and Love Beach album that led to their demise, and the 1992 return that saw their flame flickering again for a few years.

The eight sides of vinyl give a chance for each side to represent a different period. The first six sides getting an album per side, weighted in favour of the classic period which is only fair. The final platter mops up the best of the rest with the gems cherry picked from what was to be frank, fairly messy. There seems little point arguing the toss about what may have been missed out as this set doesn’t attempt to be definitive but provide a splendid and more affordable artefact to supplement the ever-expanding ELP library. Like the fans, I’ll still play my original copies and the BMG remastered sets of CDs and dig through the collection for some incendiary live takes while enjoying the memories and the experience of ELP on coloured vinyl.  All the while, the show that never ends goes on with Carl Palmer planning the 50th celebration with some A-listed guests for 2020. The show that never ends?  Yes indeed.

The classic film of Fanfare For The Common Man (apparently filmed in 30 second segments as it was so cold):