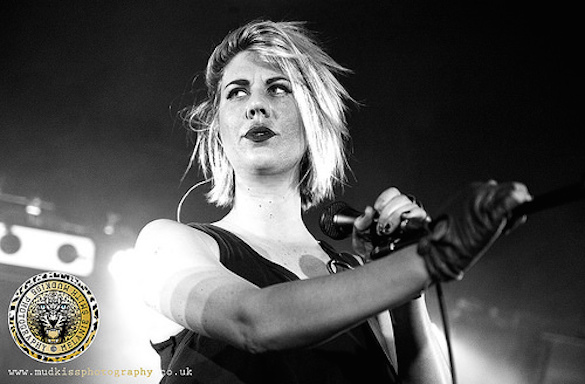 Erika M. Anderson, the American, statuesque tomboy known as EMA, is in the UK to promote her new album The Futures Void. Louder Than War photographer Melanie Smith caught her Manchester show – scroll down to check out her awesome pics from the show and to read a few words setting the context.

EMA arrived in Manchester a little later than billed as part of her headline tour. She, and her band, pulled out all the stops, delivering a dazzling show, during which she made it hard for you to take your eyes off her  (or in my case my lens viewer) for a second. She’s part Kim Wilde and part Kurt Cobain, a strange mixture but it works. An intelligent woman who sings from her heart and soul.

A heckler started during the support act and became more and more attention seeking, so EMA proceeded to pour a bottle of water over his head, much to the amusement of the small, intimate crowd at the Ruby Lounge. Although there was some chattering to be heard it didn’t spoil the enjoyment and Mr Heckler might think twice at his next gig. You have been warned – EMA takes no prisoners! 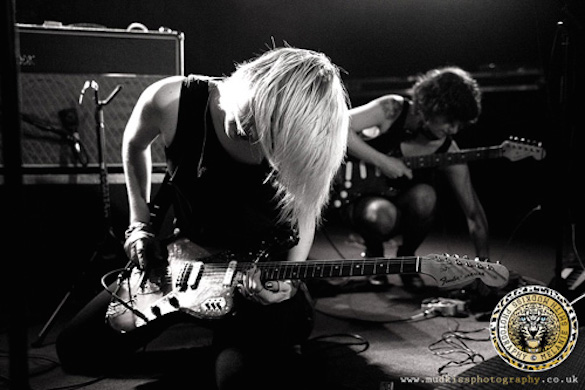 EMA’s current website, named after her new album, is thefuturesvoid.net. She can also be found on Facebook and she tweets as @EMAthorstar.

All words and photos by Melanie Smith whose website is here: mudkissphotography.co.uk. The best way to find more of her work on Louder Than War is via the search box above, or by clicking this link.