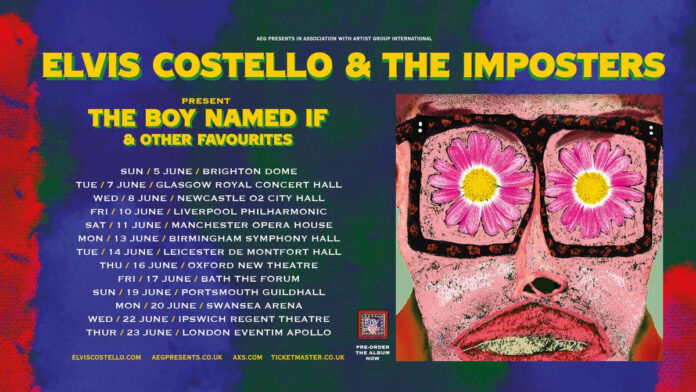 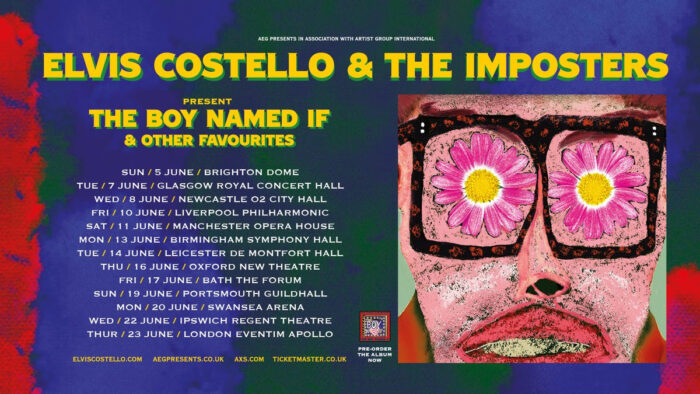 Pub rock and new wave legend Elvis Costello is planning a series of gigs in support of the upcoming album The Boy Named If. The record will be released on EMI in January 2022.

Costello will be playing with The Imposters, whose line-up features Steve Nieve on keyboards, Pete Thomas on drums, Davey Faragher on bass and backing vocals. A few guest artists, such as Charlie Sexton and Ian Prowse, will join the band. Prowse is to open the show with his new material from the to-be-released record One Hand on the Starry Plough.

The tour schedule can be seen on the official website of Elvis Costello. Tickets will be available on Friday, 10th December at 10 am.