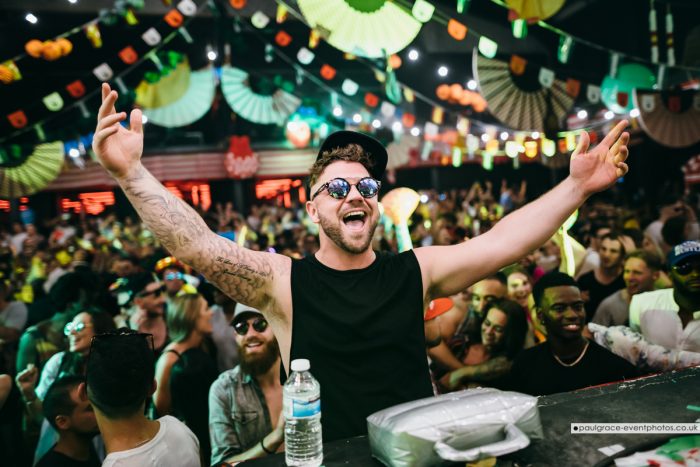 Elrow is a Spanish day/night club phenomenon which fuses music, colour and emotion to create a whole new immersive clubbing experience. Their manifesto reads “an experience where spectacle, music, colour and happiness, essential elements of Elrow’s DNA, get together to create that unique and involving experience that our clients get themselves into as soon as they cross the front door of any of our events regardless of city, country, continent or time of the day…”.

I’d previously seen lots of photos of Elrow events and was super keen to experience the mayhem for myself so was stoked to receive an invite to review their sell out “Feria de Abril” event at Greenwich’s enormous 3,000 capacity Studio 338 club (the venue has since sadly had to close due to extensive fire damage).

I arrived at the club mid afternoon to find a huge queue snaking around the block. Wandering around, there was a large outside beach area complete with sand and palm trees, and the neighbouring towering gas-holders made for an awesome dramatic industrial backdrop. Inside, the already heaving main room was decorated with mile upon mile of colourful bunting, and huge Spanish themed inflatables were hanging from the ceiling. Studio 338 had only recently undergone a multi-million pound refurbishment which included a new glass roof so the room was flooded with the glorious summer sun. The underground sounds of the Menendez Brothers provided a fitting soundtrack and the whole scene was reminiscent of infamous Ibiza after-hours club DC10. 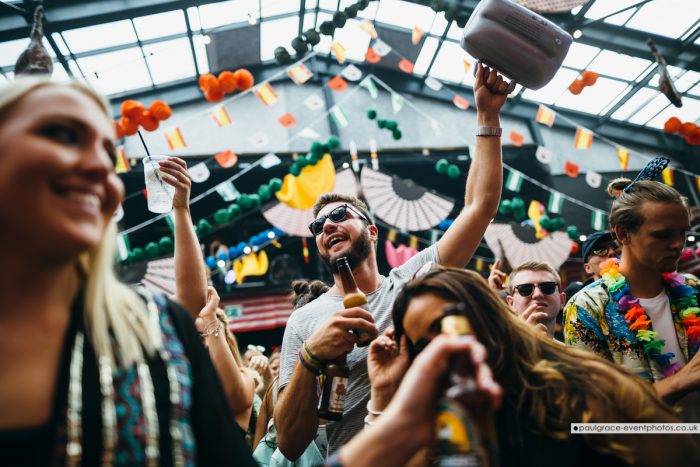 Every hour or so the room erupted in a spectacular rainbow blizzard of confetti while costumed stilt walkers put on trippy shows and generally messed with the clubbers’ heads; one was hilariously made up like a fish and another as a tomato wedge. 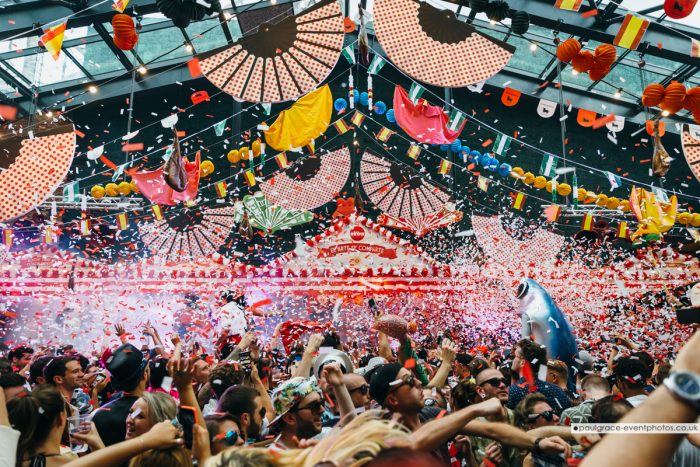 Skream played a fast paced “anything goes” set covering disco, house and techno, while outside the 2 Bears programmed some chunky Balearic grooves under the warm setting sun.

The crowd were on top form and went bonkers to everything and anything they saw and heard, and even Seth Troxler popped in for a dance!

Andres Campo and Solardo brought the party to a heady peak; the room exploding once again with a ton of confetti and a mass of technicolour inflatables. 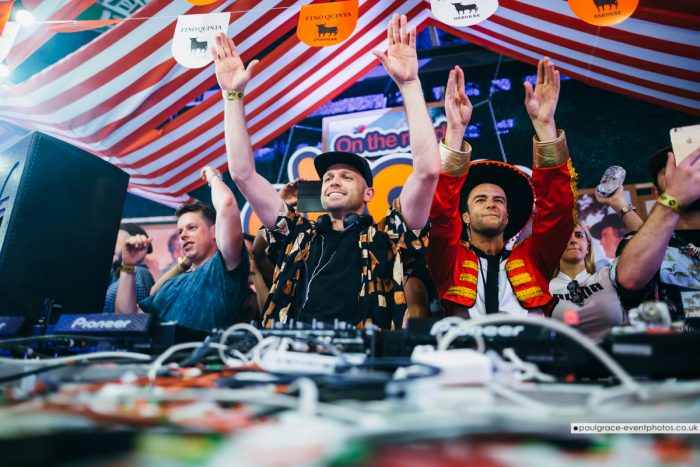 I was there for 7 hours all up and I genuinely didn’t want the party to end; with boundary pushing production values, seeing really is believing at Elrow. It reminded me of the Universe raves of the early 90’s where the emphasis was on creating the ultimate party experience first and foremost, and commercial gain, if it happened, was simply a fortunate consequence. With the closure of Studio 338 it’s unclear where the next London Elrow party will take place but follow them on Facebook for updates.