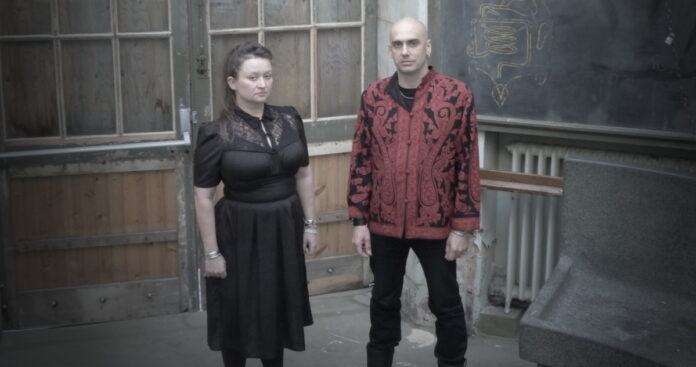 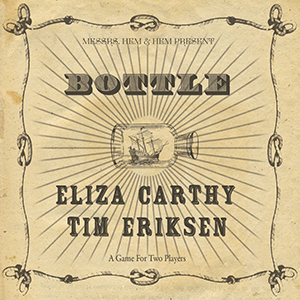 Mike Ainscoe gets a handle on the first album by the English-American folk duo of Eliza Carthy and Tim Eriksen in what has been termed a mix of hardcore Americana and hardcore Angelicana.

Eliza Carthy returns in the latest of her collaborations which over the years have seen her cement her standing from being the young, blue (and many others beside) haired revolutionary fiddle toting offspring of Martin Carthy and Norma Waterson, to becoming one the established guard and torch bearers of inventive folk music .
Tim Eriksen on the other hand may be a name unfamiliar to those who resolutely follow the English traditional scene. Indeed, check out not only his solo work but his excellent Trio De Pumpkintown. The American guitarist cum master of the stringed instrument has built his reputation is founded on his interpretations of American traditional music, in particular his radical and innovatory work on the stringed instruments, most notably the bajo sexto – a 12 string Mexican acoustic bass – taking the Americana genre into a different sphere.

There have been past collaborations between the two in a live setting, yet ‘Bottle is their first set of recordings together. A trawl through YouTube will reveal some interesting snippets of their musical history together from the recent past although the pair have known each other towards twenty years standing. In the first instance, getting together with Tim, another artist who’s not afraid to challenge and push the boundaries, was a masterstroke. Finally getting them to record together cements what is a potent musical partnership. 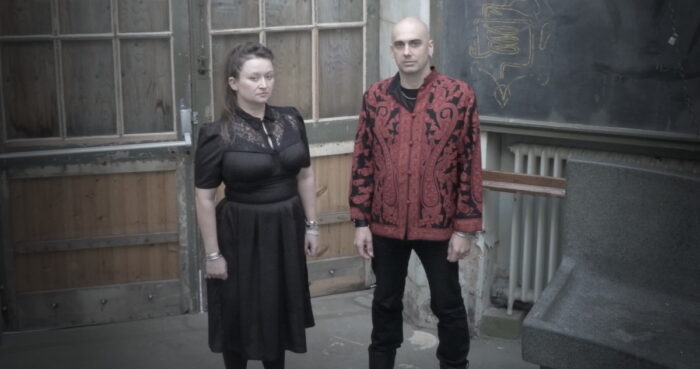 A trio of American grounded songs open the record; ‘Buffalo’ blusters and reverberates in on a maelstrom of overdriven and fuzzed guitar on top of which Eliza’s lively fiddle twists and turns – a scene setter of a song if ever there was one, leaving no doubt about what their particular combination is going to serve up. The round of applause at the end giving some clue that maybe the organic liveness of the performance and already it becomes apparent that the difference Tim’s approach to guitar makes. As opposed say to Martin’s very traditional style on the recent ‘Moral Of The Elephant’ album, Tim wears his scout badge for innovation proudly on his sleeve. Followed by the marvellous ‘Logan’s Lament’ over six and a half minutes, once again, Tim’s distorted guitar and the combination of voices led by Eliza.

Back across the ocean, ‘Cats And Dogs’, ‘Whitby Lad’ and ‘May Song’ are examples of the songs which are English in origin, the latter an unaccompanied live performance which leads straight into ‘Prodigal Son’ which for all intents Tim treats as a garage grunge number before the fiddle kicks in. It’s perhaps the significant moment in the album which starkly juxtaposes the difference in styles – a combination replicated on the needle into the red take on ‘Traveler’ again in contrast to the tranquil album closer ‘Love Farewell’. The blast through ‘Sailor’s Wedding/Swiss Boy’ set might be less ground breaking yet still proving that they don’t need to be reinventing the wheel with every move.

Innovative, at times exhilarating and at times gripping, leaving the listener hanging and and showcasing Dr Eriksen and Eliza MBE a true transatlantic folk union. Some may recall dear old Rod Stewart’s glossy ‘Atlantic Crossing’, all platform booted and flared of trouser – but ‘Bottle’ is a different kettle of fish; all sepia tinged, organic and rootsy.

As for Eliza, she’s done solo work, played and recorded with her mum, her dad and her family; done the collaborations and compilations as well as receiving countless awards from the folk media, yet…maybe…‘Bottle will turn out to be one of the best things she’s ever done.

Eliza is  also on Facebook  and tweets as @elizacarthy.