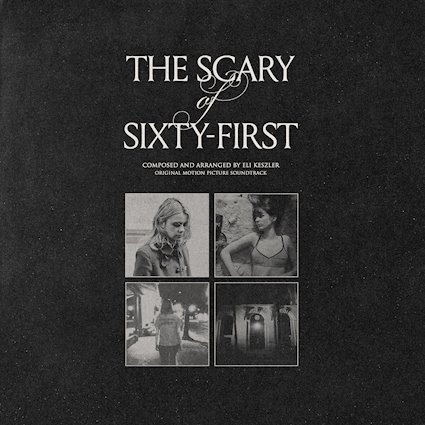 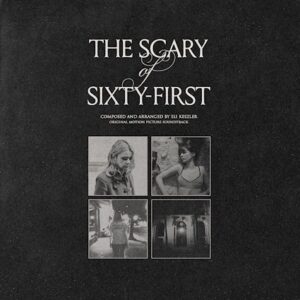 Without giving too much away, it is safe to say that The Scary of Sixty-First, Dasha Nekrasova’s distinctly near the knuckle 2020 horror, is thematically unflinching stuff. One element that certainly weaves into and enhances its uncomfortable narrative is undeniably Eli Kezsler’s atmospheric score, first unleashed onto the world at the end of 2020 but finally getting a vinyl release from the specialist label Deeper Into Movies Records on 22nd April. Founded five years ago, Deeper Into Movies is a London/New York collective that seeks to bring contemporary cinema and potentially overlooked archives out into DIY spaces, and the more recently added string of Deeper Into Movies records to this finely made bow is certainly brimming with the promise of more under-explored gems.

So, perhaps the key thing a listen of Kezsler’s Scary of Sixty First OST tells us is that this is a composer who absolutely Got The Brief, without ever straying into cliche. The slow winding, buzzing synths and atmospheric echoes with reverb through the album are the perfect fit for any sense of mounting terror; like the best horror scores, even listening to it in isolation doesn’t take away its sense of doom. A synesthetic sense of giallo drips from every note, (complemented by the fact the vinyl is being issued in a bold vermillion red.) There’s a certain lineage of classic horror score that this record finds itself in; from the delicate repetition of Tubular Bells to – perhaps most significantly – the echoing drama of Goblin’s score for the original Suspiria. Whilst this is more on the darker edges of ambient, rather than Goblin’s elaborate prog rock, the same mounting suspense and swooping drama is very much sonically evoked. More recently, the mix of minimalism and atmospherics could draw parallels with the likes of Clint Mansell’s score for Ben Wheatley’s In The Earth.

The album opens with Scary Theme, which seems to rolls hypnotically into clatters and whirls which feel somehow open and claustrophobic at the same time, like an open corridor of terror. Things get even creepier as it moves along; closing in on the listener in a fashion perfect for the films apartment and basement setting. New Age For Smudging takes the dreamier side of industrial and uses it to haunting effect; while Nightmare (Tarot One) uses echoing chimes against deep, doom laden drones of sound – the latter which is used to even more striking effect on Tarot Hallucination.

Those chimes occur again on closing track The Letter – at under a minute long, this low key end to proceedings takes a pretty and delicate sound which, after the build up of the rest of the album, we know not to trust.

Built around the “pentagram melody” and thus blurring the line between vision and sound, it is apparent that Kezsler (also also contributed to Daniel Lopatins score for Uncut Gems and has worked in the visual arts field) is very much born to create film scores. A hugely atmospheric record that falls somewhere between nightmare and dreamscape, The Scary of Sixty First OST really does tick all the required boxes.

You can order The Scary Of Sixty First OST and other releases from Deeper Into Movies on their Bandcamp https://deeperintomovies.bandcamp.com/

All words by Amy Britton. You can find more on her archive here