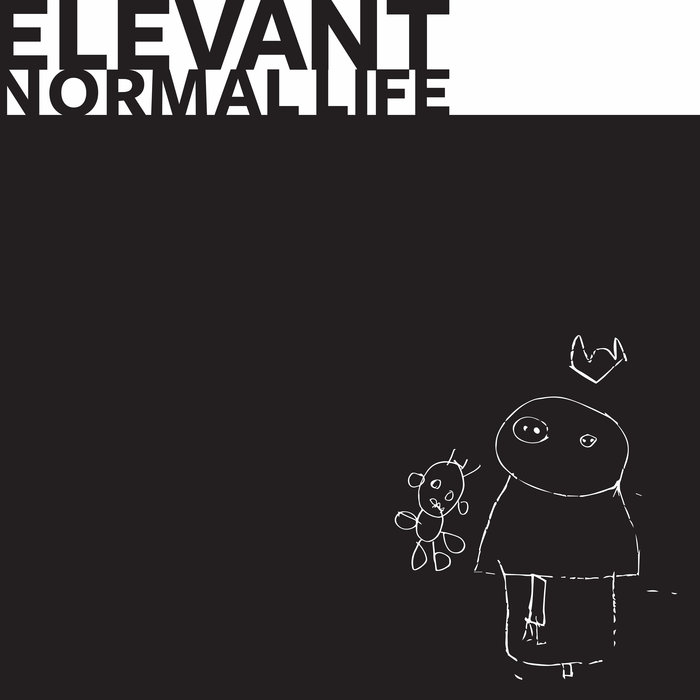 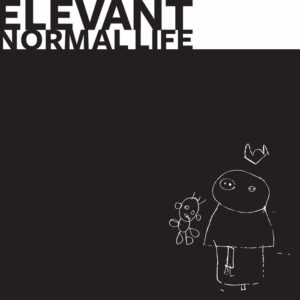 Henry Baroche knows not the meaning of ‘recommended word-count’ as he tries to adapt to Normal Life.

The concept of ‘normal life’ is something one does not normally associate with bands and musicians. A scene from the 1965 Beatles vehicle Help! that riffs on this notion has endlessly amused me. The Fab Four are observed driving onto a suburban street by two dowdy dears, who wave dotingly at them; the four of them wave in return, and amble up four respective paths to their four respective, identical terraced houses.

“Such lovely lads,” one coos to the other. “And still the same as they was before they was,” enthuses the other. They wave a final goodbye, and with a turn of a quartet of keys, we are transported into the Beatles’ respective homes, which are in fact four ornately and eccentrically decorated segments of one giant house. John reclines in his plush bed that is sunken into the floor; George sets his personal gardener to clipping his carpet with sets of false teeth; Paul emerges from the floor aboard an illuminated Hammond organ; Ringo gets his hand stuck inside a sandwich dispenser as a flamboyantly dressed spy tries to steal his bejewelled ring with her teeth. Y’know, normal life.

Perhaps musical artists are not quite the extravagant kings and queens of the cultural quarter as they once were, though we may still often like to think of them as such. Being a musician is not quite the thing to strike fear into the hearts of your in-laws anymore. As an occupation and a profession, it is, quite simply, more normal a part of contemporary society.

Whether or not Elevant share in their metropolitan forebears state of opulent lodgings, it is certain that they are making a normality in their lives of continually challenging the national music scene. This year’s release of EP ‘Normal Life’ adds a fourth notch to their bedposts, with full-length previous releases ‘Elevant’, ‘Dreamface’ and ‘There Is A Tide’ having preceded them, all of which amounts to an impressive catalogue of work for a band whose lifespan to date is three-and-a-half years and who release their music under the auspices of their own label, ‘Loner Noise’.

Frontman and CEO of ‘Loner Noise’, Michael Edward, is a much revered member of the Liverpool music scene, to which he recently dealt the heaviest blow since John Cale attended Sound City a few years ago by practically single-handedly organising ‘WRONG Festival’, a ‘festival for the freak scene’ that attracted the likes of The Wytches, Bo Ningen, Heck and Part Chimp to play across three venues in Liverpool on 22nd April 2017. Reviews of the festival’s inaugural run have been highly positive, with The Quietus describing it as featuring ‘one of the most inventive small-festival scenes in Britain’. A man and a band who mean business, for sure.

Typically, the release of an EP signals a band or artist’s initial statement of intent, their bandifesto, if you will (and you probably won’t, and I don’t blame you either); normally, it is their first official output of material, for the purposes of creative and monetary economy. Elevant had eschewed that model until ‘Normal Life’, opting for the more ambitious track of putting out expansive and genre-spanning records as a means to winning new fans and a wider audience. Perhaps, therefore, ‘Normal Life’ signals Edward, Hannah Lodge (bass & vocals) and Tom Shand (drums & vocals) stepping three-ledggedly into their shared comfort zone.

Opener ‘Acral Affection’ (debuted on Louder Than War on 5th March 2017 ) may thematically inhabit the sordid and discomforting world of jealousy-ridden polyamory and carnal sexual politics, but musically it exhibits a trio in comfortable formation. Lodge’s bass lopes ominously into view upon the opening bars, constructing a dark groove in the infectious style of a hooded, husky shaman incanting under her breath; Shand chimes in with a restrained rhythm of raucous intent, and the stage is set for a doom-laden domestic drama of deafening proportions. Their combined work is reminiscent of Elevant’s last release, the oddball slink and grind of 2016 single ‘Hide It Away’.

Edward’s vocal carries the unexpected perspective of the jealous female lover in a love triangle, and delivers with an excellent array of conflicting emotions, from envious to fragile, outraged to tender. His guitar-work is in a similarly duplicitous vein, ranging from atmospherically sparse to tonally terrifying, to wonkily weird on the chorus riff that is the song’s exposed and writhing spine. The track screams its claustrophobic sentiments masterfully, with its Abbey Road setting, in “one of the smallest rooms we’ve ever played in” according to Edward, proving beautifully appropriate.

Sliding silkily into track two, ‘Slow’, Elevant display an aspect of their three-sided form seldom seen, that of candle-lit tenderness and effeminate vocal posing. The falsetto lines in the chorus are not always convincing, but provide a valued contrast to the heavier clouds of noise that congregate towards the song’s end. It is a song that demonstrates a band in assured form and focused creative intent, experimenting effectively with the softer elements of their palate. As a young Cubano who has finally worn in his Cuban heels and developed the perfect amount of chest hair to nudge from beneath his silk shirt, Elevant have wonderfully realised the outer-lying reaches of their aural territory.

‘Stabs’ exists within an area of their sound which is more commonplace and expected. Riding on a riff that shifts between two neighbouring semitones, a musical habit favoured by Elevant, in former tracks such as ‘Again’, it weaves another series of strands into the growing narrative of the record, that of anxiety, claustrophobia, uncertainty, trepidation and base human desire. Is this what ‘Normal Life’ is to Elevant? A hellish miasma of danger and depravity? Or are they the ‘normalising’ force?

For a band who spearheaded Liverpool’s signature ‘festival for the freak scene’, one may certainly not expect normality from Elevant. But on ‘Somewhere Safe’, the stand-out track of the EP, in my opinion, for its cinematic scope and the exquisitely orchestrated leather-clad symphony of Edward, Lodge and Shand’s shared playing, one hears of a tale thoroughly grounded in reality, though it may seem to speak of a normality we wish weren’t so.

The ‘Somewhere Safe’ of the title appears to be the desired refuge of a parent cast adrift by his homeland, cruelly divested of several of his children, and laboured anew with the bureaucracy and brutalism of asylum sought. The lyricism is in the bare garbs of realism, and is expertly realised, communicating with affecting sincerity and empathy the type of horrific experience the vast majority of us are only too fortunate to solely imagine. The great hulking riff of the chorus, more of a landscape than a single detail, communicates the Sisyphus-like struggle of the marooned, outcast and disaffected; and the delicate coda to the chorus, that of “Home is where the heart is”, is achingly simple enough to break that heart. The feat in storytelling achieved by these three young musicians from Liverpool is thoroughly admirable, and signals perhaps a growing instinct of the paternal and the maternal towards a local scene that they are playing a significant part in rearing and nurturing. This notion seems to be corroborated by the sketch-like simplicity of the front cover, apparently of one parent-like and one child-like things.

The closer and title track features as its focal point the most favoured of Elevant archetypes – the mad, bad, beastly riff. Seeming to strain as a rabid hound against the leash of conformity and societal expectation – “Please meet your target, it’s so important that you fit in” – it rages at a feverish pitch, before bolting free, its deranged energy giving way to Edward’s jumpy vocal, which seems to capture the clunky occupation that many of us on the fringes of normality experience in trying to ‘meet our target’ and “fit in”. Whether or not Elevant will one day “fit in” or give in to their idea of ‘normal life’, this song certainly seems to suggest that they won’t give up without a hefty, brutal, ugly, glorious fight.

In short, across the five tracks which open like five doors into one cohesively united structure, ‘Normal Life’ is a record that unabashedly bares Elevant’s collective soul to the wider world, and confidently declares: “This is who we are, and we damn well like it.” Scribbled boldly beneath that declaration, one will find still the line, “We love big, bad riffs.” And that is no detriment to their sound or the overall coherency of the EP. A riff can, like a ‘Trump’ sign emblazoned on a large building, be the centre-of-attention without contributing anything relevant or worthwhile to the thing it exists upon. There is no excess at-play here: the musical consolidation and experimentation is focused and worthy, and the thematic content is nuanced and well-realised, commenting variously on the conflict between normality and unadulterated freakery, and the battleground of compromise that rages in between.

‘Normal life’ is not something we normally associate with musicians and bands. Elevant, however, are certainly beginning to make the release of challenging and thoroughly enjoyable records look like ‘business as usual’.