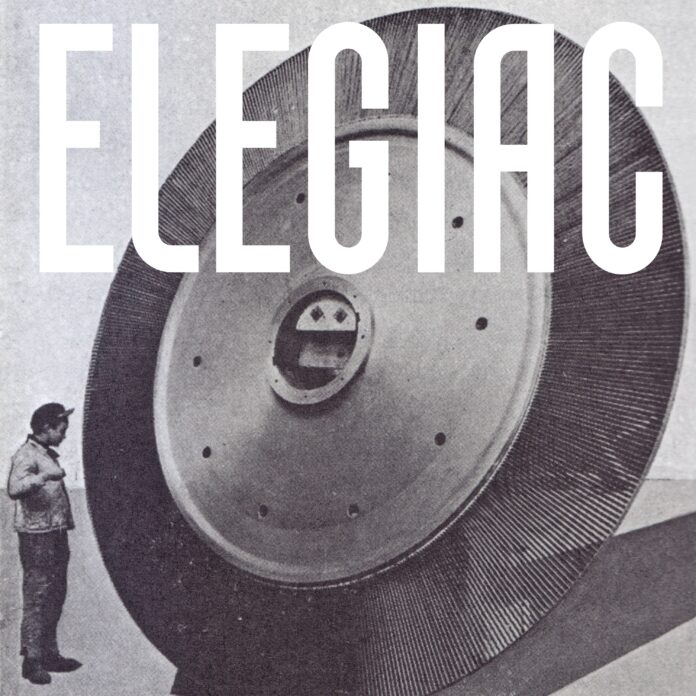 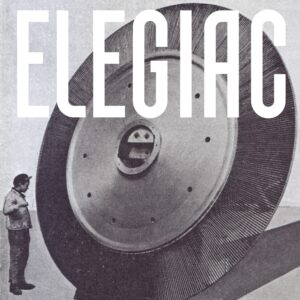 People often like to say you’ve never heard anything like this before. And it’s usually bollocks. Until now. In this case it’s almost certainly true – unless you are actively involved in Elegiac, a record bursting with ideas whose joy lies more in its exploration of sounds and words than the mystery of making sense of them.

The name of the album and the people who made it, Elegiac is a collaboration between Ted Milton, a published poet, self-styled “avant-garde puppeteer” and saxophonist with Blurt; Edvard Graham Lewis, the bass guitarist in post-punk pioneers Wire as well as solo artist; and Sam Britton, an electronic composer and sound artist.

There are vocals – not so much spoken as declaimed, whispered and confided.
There are words – poetry, prose, in one case a list of technical instructions.
There is rhythm – ranging from skittering breakbeats to tribal thumps.
There is electronica – squeaks, squelches, shards of white noise.
There is melody – if that’s the word for the squealing and honking of Milton’s sax.
(It isn’t).

Album opener Vous Et Ici sets the tone: Milton, who has a myriad different voices and displays all of them over the course of the album, narrates a twisted tale of unrequited love set atop skittering rhythms, curlicues of bass and the free-form parping of his alto sax.

Following immediately on, the circular repetitions of So Far come across like Michael Nyman trapped in some strange breakbeat bordello while Milton, reading from what sounds like a set of technical instructions, recites information regarding the planking of a boat.

It shouldn’t work; and it’s to the enormous credit of all concerned that this mash-up of diverse elements does not sound like the aural version of one of those MasterChef dishes where an ambitious amateur serves an “experimental” dessert combining chocolate, yuzu, haddock and foraged sea kale.

While listening, the thought occurs that Milton, who lives in Deptford (insert your own Paradise Lost joke here), might actually live on a boat. I don’t know if that’s true, but Deptford is on the Thames and another song bears the title Boat, though its refrain (“Waiting here for you to call”) suggests something far from nautical.

It features a cacophony of saxophone – saxophony? – over a fractured beat, along with more freewheeling wordplay involving boats and ropes and, if I’m not mistaken, the Pope, adding to the absurdist influence of Dadaism. 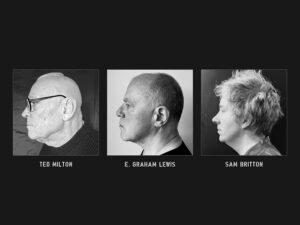 Milton certainly enjoys a rhyme, and he has a surrealists’s approach to his material; never more so than on the closing Vancouver Slim (“he took his tree with him”), which manages, amid crackling electronics that suggest a radio scanning for a station and occasionally finding one playing a mournfully wayward sax solo, to pack in references to mushroom clouds, a woman who “packs an omnipotent Uzi,” and – in a musical first, one imagines – rhymes “tsunami” with the Congolese rebel group The Lords Liberation Army.

Stop me if you’ve heard that before.

At other times there are elements of funk, dub and krautrock; occasionally all in the same song, which is a new experience. Lee Perry would be proud of the seven-minute slice of electro-dub He Folds, in which Milton recites the title in increasingly sinister fashion over a metronomic motorik rhythm surrounded by creaks and squeaks and parps of sax. “Hanging by a thread… separated,” he confides. “First one, then two, then three – they’re on their way.”

The Swish is all electronic shudders and glitches, shuffling drums and echoes, with Milton seductively/sinisterly suggesting over juddering beats that the listener should “Stay… stay on the side.” You would not be surprised to find it on an album of lost out-takes by Can from their Tago Mago era.

Ian’s Gone, a blast of discordant electronic noise, shuffling beats, echoes, dublike soundscape, reminds of Suicide. “Ian’s gone… but not for long. He’ll soon be back to Tin Pan Alley, where he belong.” could be on Maxinquaye.

The Daffodil Women accessorises Lewis’s insistent bassline with rattling percussion and abstract honks of sax, suggesting something close to, yet somewhat removed from, funk or jazz, while the ominous soundscapes of One Two (“Meet my stalker – hallowed be her name” is the opening line) are filled with squelchy dub-like echoes.

“I will draw a keyboard in the sand,” says Milton, the master of the non-sequitur in this stream-of-consciousness. “I was number two in the queue” – talks of “the battle for hearts and minds” and drawing “a keyboard in the sand.” “Where did you go dot.com?” he inquires. “Come free her breath. For everyone.” before reciting his mantra-like conclusion over and over again: “It’s a wind-up.”

It may well be. But you won’t have heard anything like it before.

Find out more about Elegiac and buy there album from Bandcamp here.