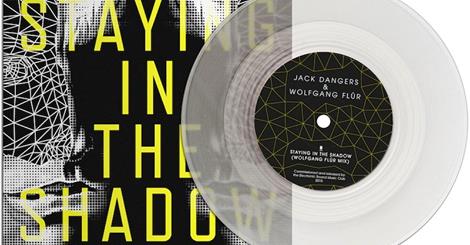 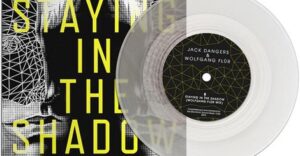 Electronic Sound is an interactive magazine app for your iPad, your iPhone, or your Android tablet or phone..

You download the app to your device via the iTunes store or Google Play, and then subscribe or buy individual issues. Fill your device with back issues, plug in the headphones and get your head down.

Having now published nine separate issues Electronic Sound are expanding into the physical realm; a Kickstarter campaign has been launched which will see ES develop the Electronic Sound Music Club – Members of the club will receive Electronic Sound delivered to their device each month plus lots of downloads and other giveaways throughout the year.

The Kickstarer campaign has one particuarly interesting enticement – Electronic Sound are releasing an ultra limited edition clear vinyl seven-inch by Wolfgang Flür (ex-Kraftwerk) and Jack Dangers (Meat Beat Manifesto); just 750 copies will be pressed, 75 of which will be hand-numbered, and an ultra-limited run of 25 is being produced with the artwork hand screen-printed onto heavy stock art paper.

The seven-inch features two version of a brand new new track, ‘Staying In The Shadow’, one mix from each artist. Jack’s mix features Wolfgang’s voice processed through the same vintage vocoder that Kraftwerk used on their records.