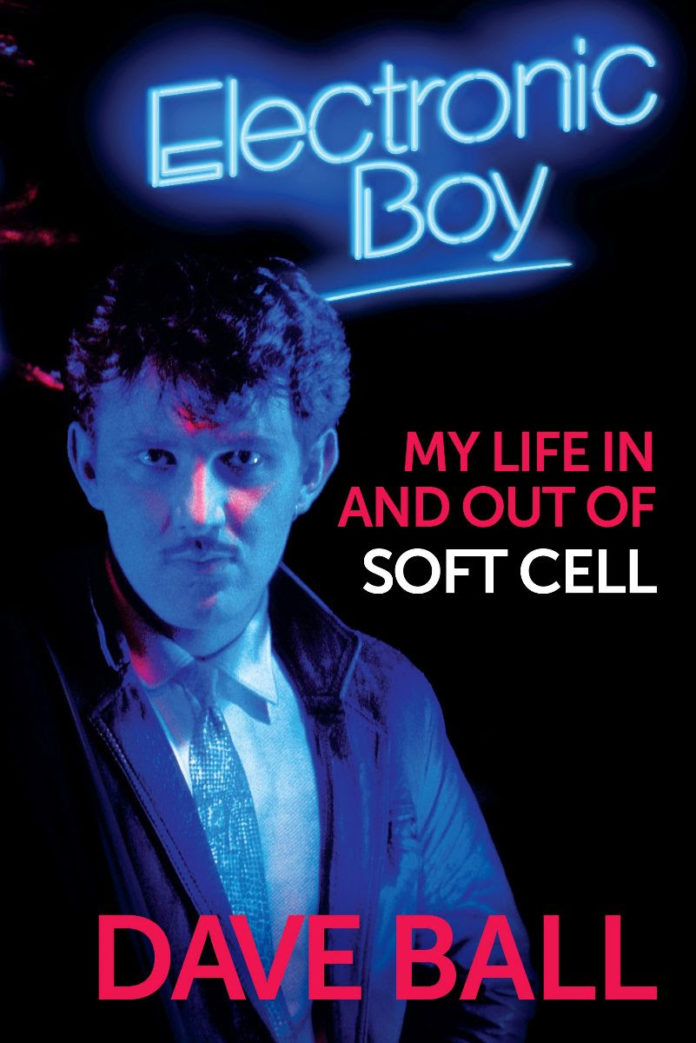 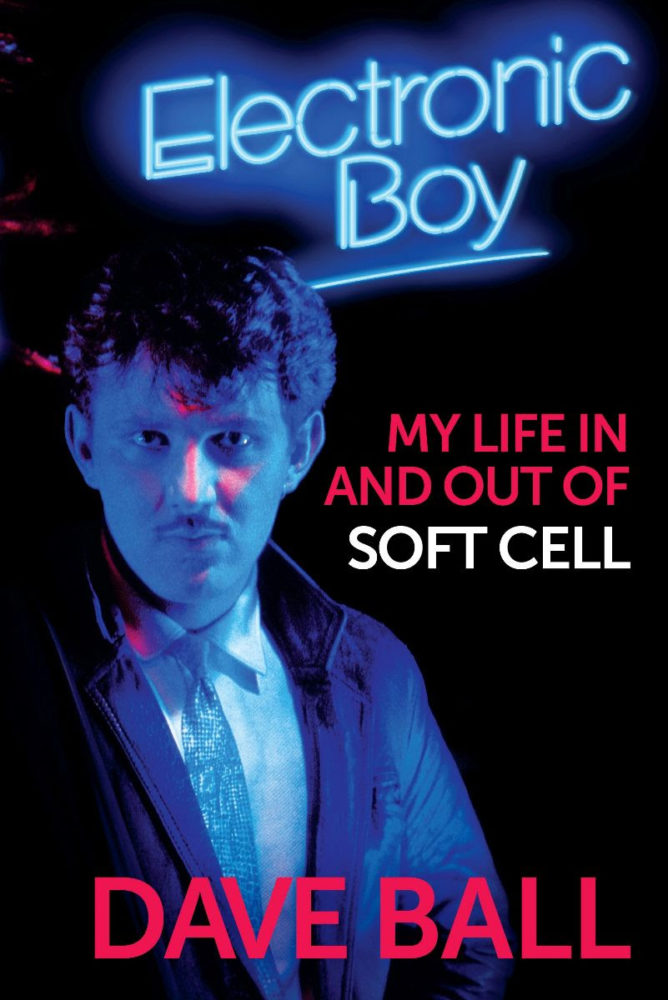 Electronic Boy: My Life In And Out of Soft Cell – Dave Ball

As the more “silent” half of Soft Cell, a duo synonymous with that specific kind of seedy, perfumed-sex Eighties glamour, Dave Ball has always been an enigmatic figure. His memoir cuts through that pretty quickly, and any notions of glamour, opening as it does with a real insight into his tough beginnings, born to a single mother in an austere late-50’s Britain, hopelessly giving him up for adoption in the hope of improving his life’s prospects.

Its immediately obvious that Ball has written this memoir not just as an Eighties music study, but as someone who has a story very much worth telling in the jigsaw of social history. As he sketches out his childhood Sixties working class Blackpool, Ball has a lovely knack of using an almost kitchen-sink style to push beyond memoir into a true evocation that builds a sense of it all even to a reader not born in that time – the giddy weekly thrill of Saturdays at the cinema, the Sunday horrors of being forced into brown tweed for Church, the familiar sounding flamboyance-hating father, the landmark of watching the moon landings. It will feel familiar to many, with the dramatic monologue feel of knowing the twist to come is that the narrator will take a different turn to most people of the same initial story.

Bit by bit Ball allows his own story to unfold with ease so we can see the piece falling into place. The pop of school discos starts a journey that leads first to progressive rock, the life-affirming Northern Soul scene and then, crucially, the glitz and glamour that was the arrival of T.Rex. It’s the constant presence of music in all its forms holding various mirrors up to each point in his life which starts to shape Ball’s story, and things hit their peak with the overlap of discovering Kraftwerk with Ball’s time at art school, and the introduction of synth-playing into his life, and then the energies of punk shaking things up radically at exactly the same time Ball was making his own huge life changes with his move out of the family home and onto more exciting pastures at Leeds Polytechnic. Viewing extreme performance art, shopping for provocative fashion and the discovery of ever-more innovative music, from the likes of Suicide and Throbbing Gristle, throw Ball’s story into full acceleration and his impending role in Soft Cell becomes increasingly pre-determined. Sitting alongside the grey realism of rainy days home after his father’s death, and residing under the sheet of his cold student flat, the avant-garde glamour working its way into his life is always carefully balanced by the realities. His introduction in Leeds to Marc Almond, consistently explicit and provocative in his artistic intentions, and forming Soft Cell in the year that Thatcher comes to power is of course the key turning point. Ball laces in and out of the blend of Soft Cell’s rise to pop stardom with the patchwork of things that informed and influenced them; fetishism, Ballardian themes and of course, given the original Tainted Love, Northern Soul.

Its quite the rollercoaster from here; the ecstatic highs of fast paced success, the constant need for artistic fulfilment with various projects and the inevitable crash land into excess. What’s so refreshing about the way Ball writes is that when looking at his excesses and wilderness years is the voice in which he tackles them; frank and forthright without ever lapsing into reflective self-pity.

In terms of the “plot details,” and outcome, so to speak, just as I would with a piece of fiction I won’t give too much away. But the things that become most apparent throughout this book are Ball’s magnetic relationship with Soft Cell, the subtitle My Life In And Out of Soft Cell,incredibly fitting as even with modicums of success with either projects Soft Cell continually reappear, and that Ball is clearly a multi-talented figure when it comes to the arts – not just with art and music, but with this beautifully written and thoughtful memoir, he can now add “writing” to that list.

All words by Amy Britton. Find more on her archive or via Twitter as @amyjaybritton and Instagram as @amy.jay.britton