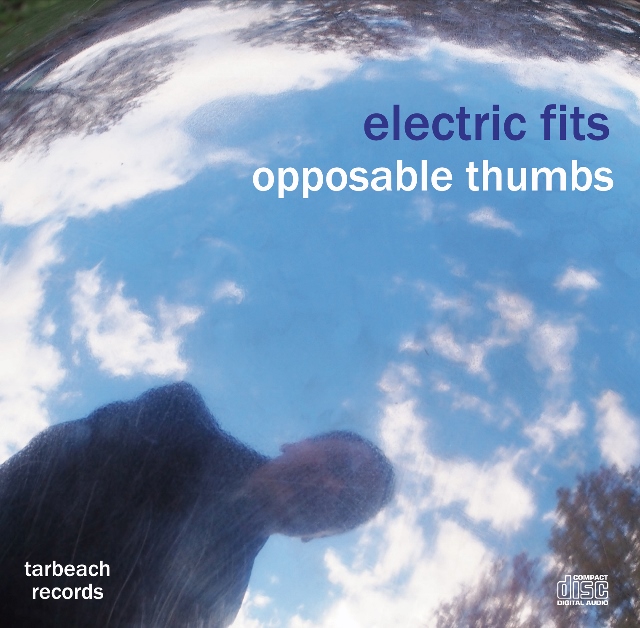 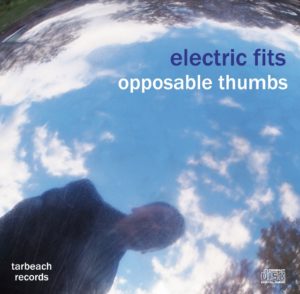 Electric Fits are something of an enigma; helmed by the mysterious Walnut Ketchup, this debut album manages to be accessible, oddball and at times, very, very weird. The record as a whole is deceptively hard-edged despite its coating of sugar courtesy of the soaring vocals of Mella and the swooning strings and honey-tinged arrangements. At times, new parts of songs appear unexpectedly as if from the mind of some crazed sonic alchemist and I guess that’s what the enigmatic Walnut is. There’s parts in the songs that shouldn’t work at all, but do- backwards guitars and psych-rock twisted solos meet throbbing dubbed-out bass  dropped like bombs into sweet soul songs remind one of Eels or Beck; on paper it’s madness but it works really well.

Taking elements of lounge jazz, krautrock and garage-soul–pop, Opposable Thumbs is a far-out journey through the streets of NYC and Scots expat Walnut’s native Lanarkshire. Burning Spoons, perhaps the central song,  begins with chiming piano chords and overlapping vocals in a song of loss and redemption that is clearly about the doomed drug journey of a loved one. There remains a sense of hope throughout the strung-out strings and lonesome voice that gives the song a tough exterior to match its sensitive soul.

Cracked Compass has a beautifully lush string arrangement and is reminiscent of John Barry’s soundtracks. It resolves itself into a pulsing soul song and has the DNA of Portishead or Tricky interlaced through Ketchup’s weaving bass and intricate drum programming.

Carbon Footprints continues the always-intriguing journey; the song reminds me of Barry Adamson’s solo work; filmic and widescreen and ever-so-slightly odd. Swirling Vox organ squalls in and out of the girl/boy vocal and the fairground carny of Tom Waits best and most obtuse work springs to mind. There’s a bit of Nick Cave, too; that waltz-time, sinister edge is always present.

The title track starts with a minute of crystalline vocals and piano before veering off into a trip-hop influenced rhythm. There’s a neat dub section before one of the aforementioned backward guitar parts soars in and leaves quickly. Zen Artillery (isn’t that a great title?) drops some Gil Scott Heron bombs and with its dub bass it’s not unlike some of Jah Wobble’s Invaders Of the Heart earlier material. The vibrato guitar and crazed theremin intermingle with the drum programmes which give the track a real modern dancefloor vibe.

With Cromagnon‘s orchestral stabs and bass that struts across the track, Mella brings her unmistakable voice to bear on a song that’s at times as off-kilter and eccentric as the rest of Opposable Thumbs.