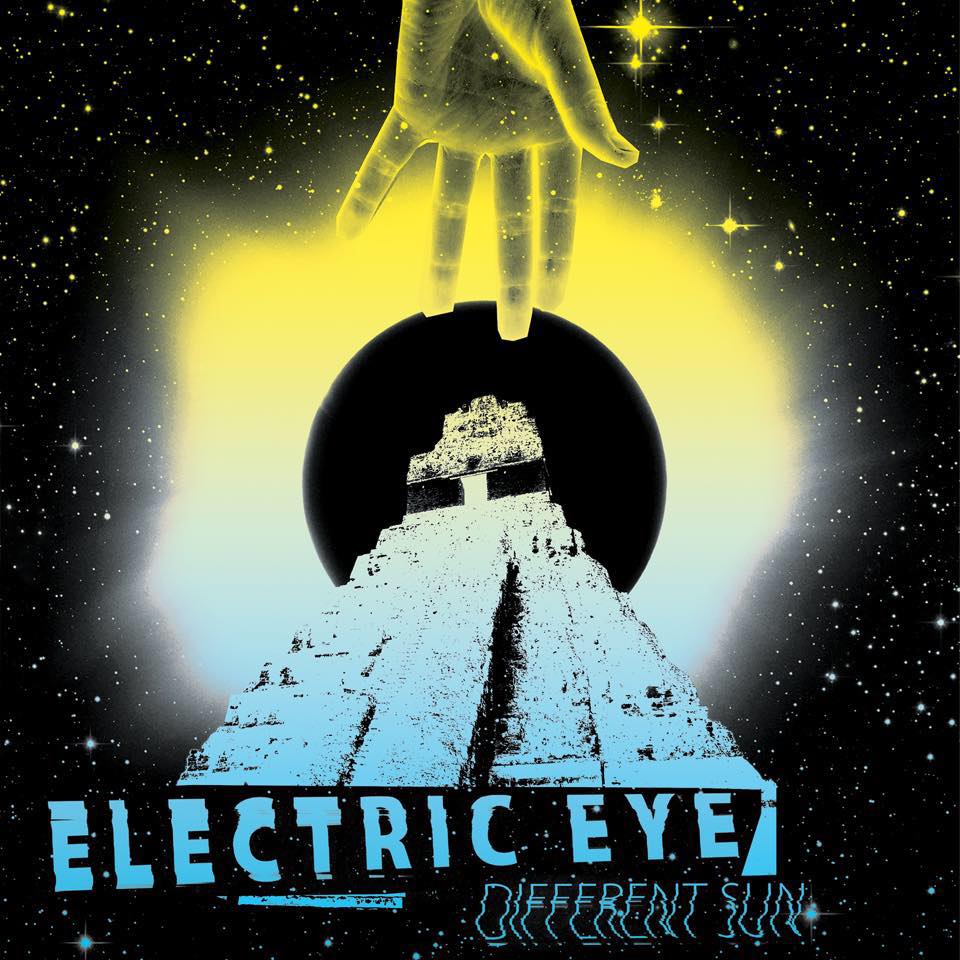 Following up a début album that was praised upon release is no easy task, made all the more difficult when it’s preceded by a single that sets high expectations. There’s a lot of pressure on Electric Eye to get it right. Louder Than War’s Thomas Roden sees how sophomore album Different Sun copes.

There’s a copious and unfair amount of pressure on new artists to find their footing immediately in the musical world. The digital age has created a climate of impatient urgency, so if acts aren’t immediately in the zone and constantly bettering themselves it’s easy for people to get bored and for the media to move on and forget.

Fortunately for Electric Eye, the band seem to be on the ball with their second album Different Sun. Their lead single Bless set the bar pretty high, channelling the spirit of psychedelic days past rather than embodying the echoes of shoegaze that many other acts do. In doing so, Electric Eye set themselves up for their latest album to further cut a distinction between them and generic other acts.

Different Sun doesn’t disappoint in doing so. With blistering guitars that ring with reverb, it’s an enlightening journey that spans the shifting sands of desert rock, the swirling seas of psychedelia and the stony surfaces of classic rock. Electric Eye have gone for the full retro feel here, yet in doing so they still keep a modern air about them that doesn’t make listeners want to just dismiss it.

From the crunchy fuzz of Silent By The River to the Creedence Clearwater Revival revivalist vibes of Mercury Rise, Electric Eye seem to be on a one-act mission to restore a sense of intensity to the echoey chambers of modern music. In doing so, they shape some of the most stunningly expansive sonic landscapes I’ve heard in a long time.

Perhaps at times it could be dismissed as self-indulgent, and at others it could be described as being just too drawn out. Electric Eye aren’t in the music business to please the masses, they’re in it for purpose of expression and creativity. These soundscapes may not be to the taste of the typical indie-pop listener happy to swallow three minutes of reverberated guitars passed off as “shoegaze”, but the band don’t care.

Whether this is the follow up people were expecting is irrelevant. It’s a powerful, enduring release that the band should feel proud of creating.

More Witing from  Tom Roden can be found at his Louder Than War’s author’s archive.