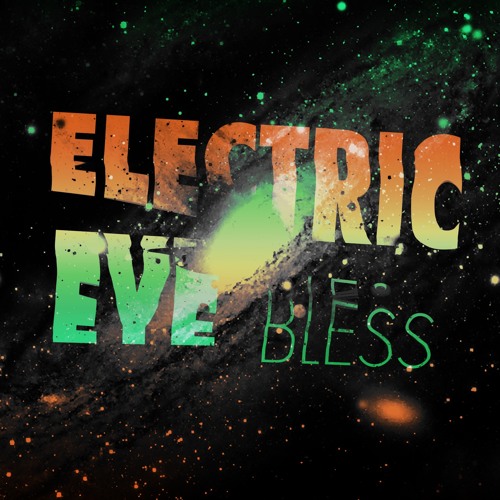 Building hype for a sophomore album is never easy, especially when your first release was well-received. Electric Eye understand the task ahead of them as they drop latest single, but is it enough to generate interest from Louder Than War’s Thomas Roden?

Okay, so first things first: that psychedelia-cum-shoegaze sound every other band seems to be tripping over themselves to deliver? I’m not a big fan of that. I’ve not got anything against the genre or style, in fact I once quite liked it. But my inner hipster nags at me whenever I hear bands whirring up the generic vacuum of spacious guitars and careless delivery. It’s just so overused.

So for anything remotely resembling that to make much of an impression it’s got to be intensely good. Which bodes well for Electric Eye that ‘Bless’ is worth writing about and, dare I say it, even praising.

Their debut album ‘Pick-up, Lift-off, Space, Time’ managed to capture a sound that, while not especially groundbreaking, did something a little bit different in the midst of the nugaze madness. With a sound strongly reminiscent of The Horrors, the band channelled the audio ecstasy of genuine psychedelia.

Fortunately the band have built on the foundations of this sound for ‘Bless’. A newfound percussive presence makes for a bold backbone to fuzzed out guitars that take their sound into the expansive regions of desert-rock. The sweeping guitars create a mesmerising musical tension from which there is absolutely no escape. Meanwhile the vocals stay true to the carefree delivery style while still managing to slot naturally into the mix.

It’s about time that whole reverb-washed sound got an attitude adjustment. By making the typically introverted sphere of sound an extroverted soundscape, Electric Eye distinguish themselves. If there was ever a lesson in how to grab attention and intrigue ahead of a follow-up album, this would be excellent learning material. All eyes on February when second album ‘Different Sun’ comes out.

More Witing from  Tom Roden can be found at his Louder Than War’s author’s archive.