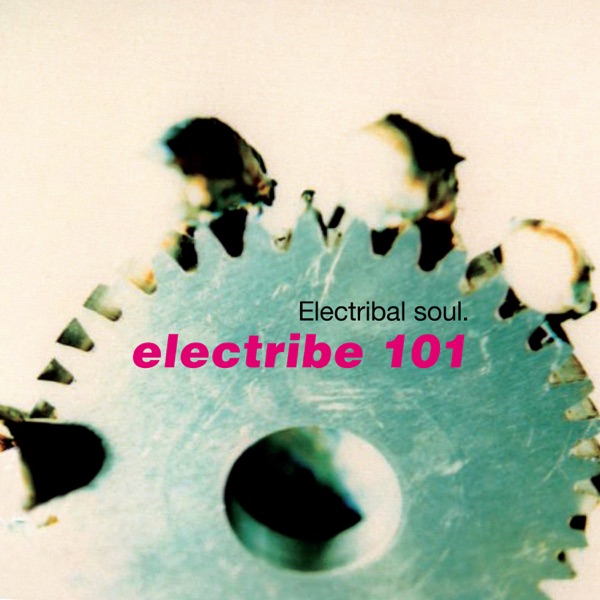 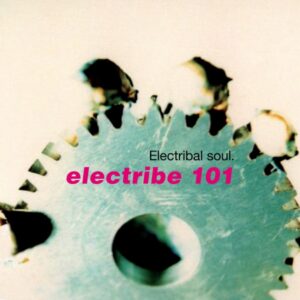 A question that often crops in in discussions is ‘what has been the best decade for music?’ This has long been a questions to spark fierce debate, but generally boils down to a decision between the 60s and the 70s, with the 80s sometimes making a guest appearance.

There are good reasons for this, with all three decades producing innovative, daring and downright incredible music, but personally I would throw my vote behind the 90s.

A the 90s is perhaps an overlooked decade, but it gave us the flowering of dance club culture, the shoegazing scene, Nirvana, Public Enemy’s eminence and the very best of both Glastonbury and Reading festivals.

There was, of course, also a high amount of dross around that has not stood up well to the passing of time. Watching the reruns of 90s Top of the Pops from highlights well the good the bad and the plain old ugly of the decade. One of the more risible sights is seeing huge amounts of largely forgotten acts desperately trying to scramble on board the dance music gravy train by either adding new Acid House drum beats to substandard pop records or by hurriedly throwing together songs using these new beats and sounds and forgetting things such as verses, melody or seemingly anything of worth.

Then into this heady mix one evening strolled Electribe 101. They stood out from the chancers and the fame hungry for a number of reasons. One was that their songs had substance, the music behind the beats was strong enough to have stood up on its own should they have needed to, blending soul and blues into their modernity. A second reason was their air of cool – in an age of seeming desperation to be part of the next big thing, Electribe 101 seemed aloof from such concerns. The third reason was that in singer Billie Ray Martin they had someone who could successfully front the band, add personality and who had the vocal ability to lift the band above others in their class.

While the band were not as commercially successful as the likes of, say, Technotronic or Bizarre Inc., their records have maintained their credibility and been re-released many times over the years, revealing them to have aged well.

Despite all this, Electribe 101 were dropped by their record label as part of an end of year cull in 1991, very probably as a result of Phonogram not knowing how to market them; whether to aim them at the dance, pop or more adult markets. As a result, 2nd album Electribal Soul went unreleased. Martin reworked several of her songs for her solo career, having a substantial hit with Your Loving Arms in 1994.

Appreciation of Electribe 101 has remained fairly steady since then and, finally, the long lost Electribal Soul has been made available.

Listening to it now is not the nostalgia heavy experience we might have expected, with the emphasis being firmly placed on the 2nd word in the album’s title rather than the first.  Billy Ray Martin recalls “There was a degree of confidence among us when we came to write the second album.” This shows as the songs that make up Electribal Soul show a fine band intent on making soul music with both a capital and a small S.

The mixing of soul and house was not uncommon back in those Balearic days, but Electribe 101 get the balance spot on, the disparate elements of their sound do not challenge or threaten each other, but exist naturally to create an album that is lush and expansive.

First track Insatiable Love gets Electribal Soul off to a slow start, with a more chilled edge than we might expect. Billie Ray Martin is firmly centre stage, as are the band’s ability to write a song that is both catchy and memorable, the kind of song that lodges itself firmly under the skin and stays there.  The music is electronic but does not rely on any of the trappings many rave bands relied on. Instead we get music where the electronic aspect is part of the overall sound not the whole point of it existing. Electribe 101 are first class songwriters with a fully realised idea of how they want their music to be.

Next track Space Oasis picks up the pace and has Hit Single written all over it. While the beats are redolent of earlier Electribe singles, there is Soul here in abundance. The sound is layered and is cleverly put together and martin’s incredible vocals lift the song to dizzying heights. Martin packs a lot of lyrics into her songs and her approach is that of an artist. Another thing that separated Electribe 101 from their peers.

Moving Downtown starts with an almost acapella vocal from Martin, back by nothing more than keyboard atmospherics. When the drums kick in the song becomes another potential single and dancefloor filler. There is a real coming together of styles here, with gospel, soul, dance music and pop all coming together joyously to create a music it is impossible to not to smile to. Or to move to.

Conquering tomorrow is a chilled piece that sounds like it should have made the soundtrack for a sci-fi movie. There are echoes of Vangelis’ work and the song shifts the mood effectively. Deadline for my Memories follows on with similar atmospherics, providing a perfect backing for Martin to showcase her voice gain. I think it is her backing vocals that repeatedly bring the word ‘Gospel’ to mind, or more accurately that and the quality and precision of her vocals as she delivers an absolute masterclass in singing. There is simultaneously both power and subtlety in her voice as it swoops and dives throughout this song and this album.

Next track A Sigh Won’t Do shows a 60s girl group influence with textured electronic beats. In other hands this could come across as something of an ill fit, but this is what Electribe 101 do. By now we are over half way through the album and the BPM has remained surprisingly slow. Although this was written in the height of club culture, there is a feeling here that would perhaps be conveyed best at a festival. It is easy to imagine Electribe 101 delivering a legendary set over at West Holts on a balmy Saturday night.

True Moments of my World again combines modern and traditional sounds as a piano riff and squelchy synth line form the two contrasting parts of the song’s opening. Having lived with the album for a while, I can say that this is one of its highlights, with another stand out vocal. It is literally incomprehensible that Phonogram chose to sit on this rather than release it straight away and market it at the burgeoning Ibiza generation. Every song so far has had its own distinct identity and the quality has not dropped for a second. It baffles me how record companies operate sometimes.

Hands Up and Amen harks slightly back to Electribe’s early singles and would have made a great Bond theme if the producers wanted to appear modern for a change. Persuasion comes next and was one of the songs Billie Ray Martin made following the collapse of Electribe 101, in collaboration with Spooky. The version here is better produced but still spartan and bristles with menace, which sounds right for a Throbbing Gristle cover. That said, this is light years on from its source material. It also gives us an insight into Electribe 101 that they would choose to cover something from one of the most uncommercial bands around.

For some reason we go into an alternative version of Deadline for my Memories, which surprisingly starts off with some surf guitar and is a little more laid back than the first version, emphasising its ballad qualities.

Last track You and I (Keep Holding On) finishes the record with a lush ballad and again wears its 60s influences on its sleeve. In an alternative universe, this kind of thing must surely have ensured that Billie Ray Martin went on to international acclaim and lasting stardom. The dial marked ‘Epic’ gets turned up to 11 and Electribal Soul finishes on a song that truly sums up its title.

We know that record companies are strange beasts who bend to both commerce and the vagaries of fashion, but it is hard to fathom why this album was denied a release. From an artistic standpoint alone, surely any label would be proud to have this kind of thing on their roster. But the tales of bands who were effectively crushed by record company whim and indifference are many. At least this tale has some kind of a happy ending with Electribal Soul finally being available.

Anyone with a passing interest in dance music, soul or good quality pop music would be well advised to check out this record and to revel in something previously denied to them. Electribal Soul is an album that deserves its time in the sun.