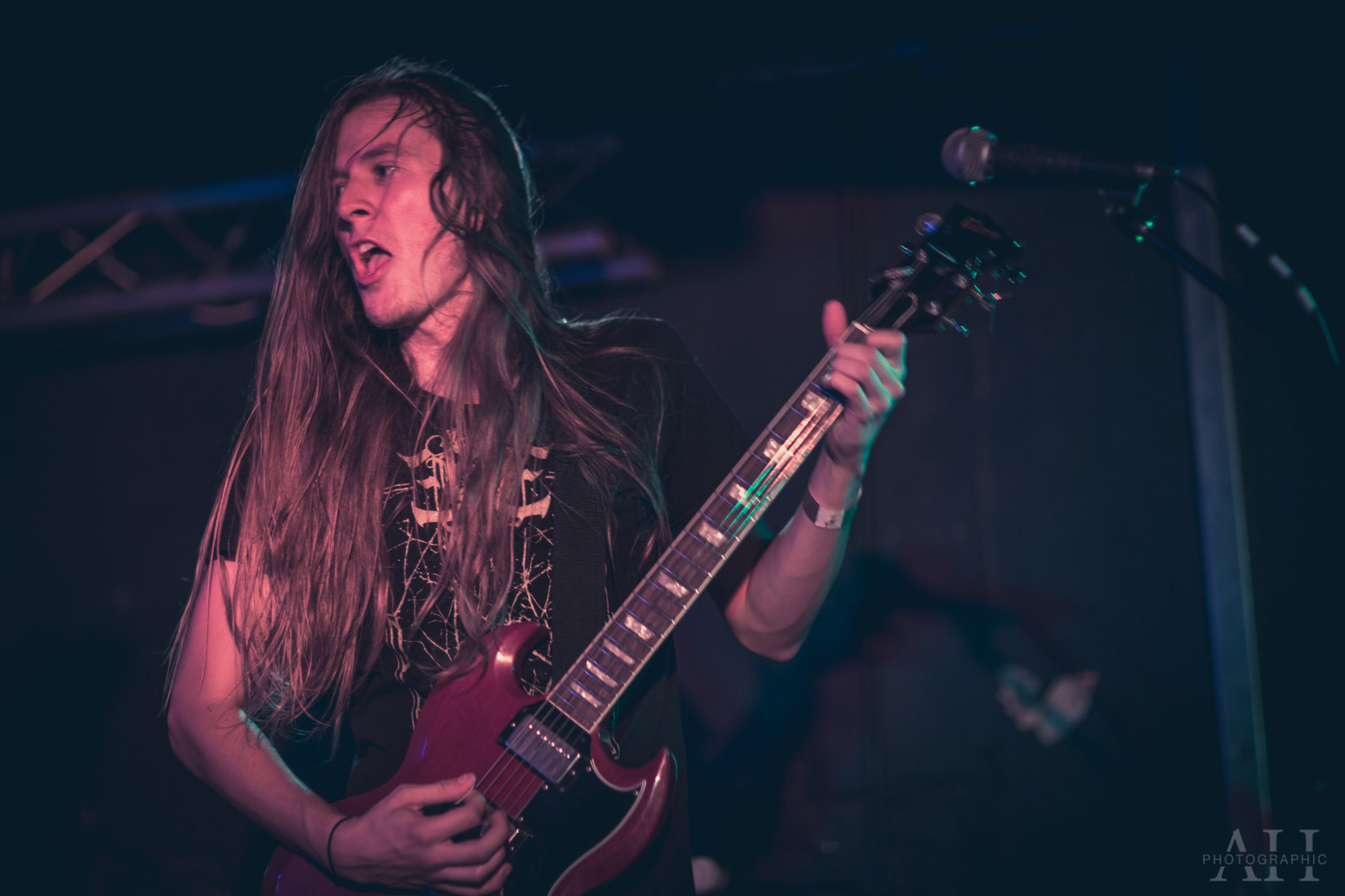 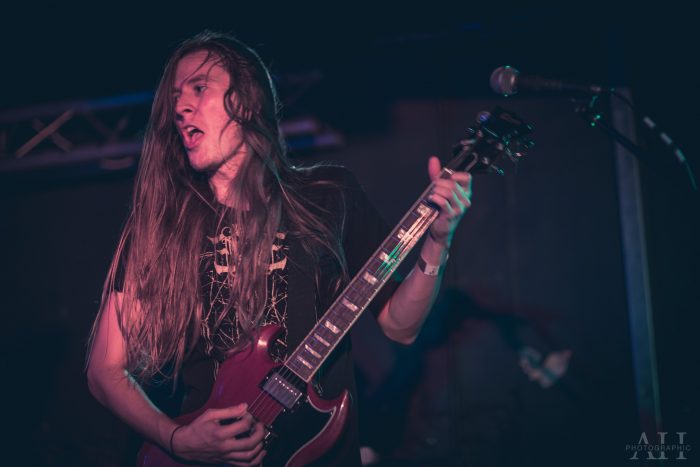 Bristol promoter Snuff Lane have really pulled all the stops for this one with an incredible line-up of heavy duty metallic doom. Massachusetts trio Elder don’t get round this part of the country very often, in fact I believe this is their first time west of London and rightly so the gig is sold out.

The place is buzzing when I arrive with quite a crowd, smoking and chatting outside after openers Gorum (Who I unfortunately missed) had just left the stage. Tonight’s venue, The Exchange has had a bit of a facelift too, It’s bar area and outside facade have been stripped back to it’s original wood with the windows now being used as actual windows instead of boarded up poster hoardings. In the daytime, the venue is hosting a coffee shop and I feel it’s helped make the space more inviting and ultimately a cooler place to hang out in between bands.

Londoners Elephant Tree are an impressive trio with wall shaking bass that dooms out their grungy sound, but it’s the harmonies between guitarist, Jack Townly and bassist, Riley Macintyre that set them apart from other bands of their ilk. Soaring and tonally unique, the vocals elevate the music with their inherent melody. Many of the songs tonight are from their eponymous debut album which came out last April, with a rare outing of the last track off that album, ‘Surma’. The vocal harmonies run shivers down my spine with the ultra-heavy low tones of the bass literally do get the walls shaking and I end up have the scratch my nose for most of the song because my nostril hairs are vibrating so violently. Catch them next time they’re in Bristol at Snuff Lane’s next event at The Gryphon on November 5th. You will not regret it! 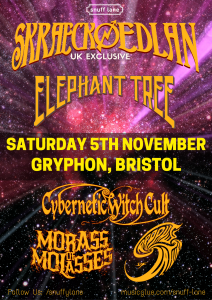 Cough are certainly a different animal. Hailing from Richmond, Virginia and mixing the traditional doom metal of Cathedral or Candlemass with the grimy sludge of Eyehategod and Sleep, they formed with the very intention of being the heaviest band ever from there. I feel they deserve such a title, especially with their 2008 debut, ‘Sigillum Luciferi’ and insanely heavy and disturbing 2010 album, ‘Ritual Abuse’. Since then a three year hiatus (caused mainly by the rising popularity of WIndhand and broken only by a split single with Windhand, bassist Parker Chandler’s other project) lay fertile ground for this year’s release, ‘Still They Pray’.

My knowledge of Cough isn’t vast as they are new to my radar, but tonight’s set is powerful and dominated by the vocal strength of Chandler’s unholy screams. I am assuming there are new tracks off the album being played and if they are they don’t stray from their well worn path set. Songs like ‘A Year Of Suffering’ and ‘Ritual Abuse’ are drawn out and painfully slow, in the best possible way of course. Since EHG don’t seemed be coming to the UK this year, my sludge itch has been severely scratched due to seeing these guys.

Over the last ten years, Elder have made quite a name for themselves, especially with the release of last years album, ‘Lore’. The epic tracks with most running times between ten and twenty minutes and sound like a doom soaked Rush at times. The dynamic between the members is amazing to watch as each are fully in the zone and aware of the others actions, which is important especially with such intense music. Lead singer and guitarist, Nick DiSalvo is one hell of a musician producing riffs and solos that a true journeys. Tracks like, ‘Legend’ and ‘Sanctuary’ are full of these moments, building and bursting into incredible relief and memorable melodies. The rhythm section of Matt Couto on Bass and Jack Donovan on Drums form such a tight unit giving DiSalvo the room to improvise with whole jam sessions taking up five to ten minute sections of their own. I’m not a massive fan of twiddly over complicated playing but Elder made me a convert tonight. When it is done right, it feels so right. Right on!

All photography by Andrew Helps Photographic.