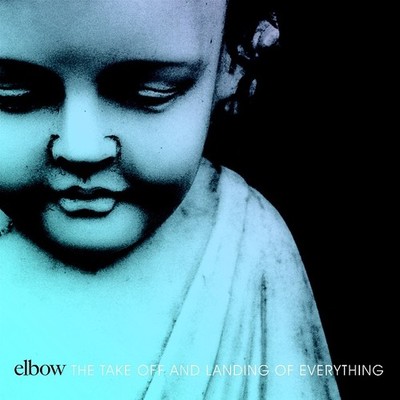 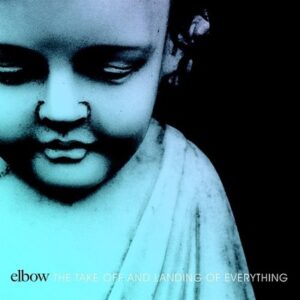 Elbow – The Take-Off and Landing of Everything (Concord)

Elbow released their sixth studio album on 10th March to almost universal acclaim. Louder Than War’s Fergal Kinney agrees – read on to find out why.

Am I wrong to have felt internal pangs of delight whilst reading about Guy Garvey splitting up from his partner amidst the recording of Elbow’s sixth album? Not, you must understand, that I am motivated by romantic designs on the recently anointed national treasure – far from it – but few suit the death of a relationship quite as well as Elbow. 2005s ‘Leaders of the Free World’ was the last time Garvey dusted himself down from the wreckage of a relationship for our pleasure, and a lot has changed since then.

Buoyed by the astounding and richly deserved success of Mercury Prize-winning ‘The Seldom Seen Kid’ whilst uncannily adept at surviving the ubiquity of ‘One Day Like This’, Elbow’s last record ‘Build a Rocket Boys!’ was by nobody’s estimations weak – indeed ‘the Night Will Always Win’ and ‘Lippy Kids’ stand tall amongst Elbow’s finest moments – but it was hard to turn a blind eye to the seemingly perpetual anathema in the record. ‘Build a Rocket Boys!’ had much that rivalled ‘the Seldom Seen Kid’ but felt ultimately like a band treading water.

Though those hoping for a wild sonic departure won’t find it here, ‘The Take Off and Landing of Everything’ is Elbow’s most innovative album in nearly a decade and is the sound of a band subverting the expectations of a band of their size, creating a slow burning masterpiece of subtle experimentation and confessional proclamation. The brooding album opener ‘This Blue World’ is a cinematic soundscape of sweeping arpeggios and owes much to the prog-influence prevalent on their first two records. Having pretty much had the last word on the anthemic nature of string sections, Elbow have here begun to find increasingly interesting ways of incorporating strings into their sound. On ‘Charge’, the band’s long-term collaboration with the Hallé Orchestra injects a thrilling intensity to Garvey’s account of a middle aged drinker ‘propping up a young bar’ and finding himself invisible and ignored.

As you might have guessed, drink once again plays a big part – for a time it looks as though ‘drinking in the morning sun’ is no longer something to be celebrated but cause for guilt as middle age beckons, with ‘Fly Boy Blue/Lunette’ seeing the protagonist in pangs of anxiety over a continued commitment to the stuff. Fortunately, by ‘My Sad Captains’, Garvey is back to celebrating his drinking partners in what is not only one of the album’s clear highlights but appears something of a re-write of the slightly gushy ‘Dear Friends’ from the last album.

There are, of course, still anthems to be found on ‘The Take-Off and Landing of Everything’, and in ‘New York Morning’ Elbow take – for a band defined by their homely North-West associations – the surprising step of writing New York its own ‘Station Approach’. Part travelogue, part revelation, ‘New York Morning’ is the sound of a band soaring to their highest peaks and is as uplifting and life-affirming as anything they’ve ever done.

‘The Blanket of the Night’ – in an echo of the furious post-Iraq outpouring of ‘Leaders of the Free World’ – closes the album on a physically affecting portrait of two asylum seekers; a relevant statement as Britain’s political discourse surrounding the issue of asylum and immigration grows ever more rabid daily. Though there are references throughout, it’s ‘Honey Sun’ that centres on the aforementioned break-up and is also one of the lyric highlights of the album, as Garvey shrugs “she and I will find another me and her” as if only to convince himself. Though often awarded backhanded comparisons to U2 and Coldplay, this misunderstands the universal appeal of Elbow; a band whose common appeal is found on their aversion to general sentiments in favour of forensic self-analysis and emotional investment in Garvey’s lyrical voice.

Clocking in at just shy of an hour, ‘the Take-Off and Landing of Everything’ is a full listen that takes time to reveal its surprises and play its best hand, but across these songs Elbow have found something that works on a grand scale without losing any of the intimacy and warmth for which they are held in such high regard, and it might just be their best yet.

Elbow tour the UK throughout April, all dates are at elbow.co.uk. They can also be found on Facebook and Twitter where they use the handle @elbow.