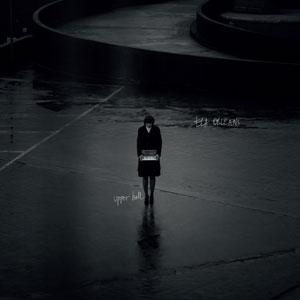 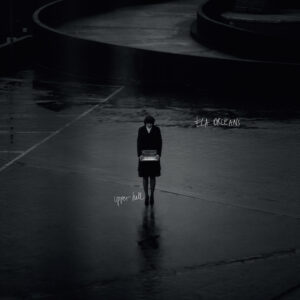 Born in Poland, a native Glaswegian; an identity that already resounds nuances of elegiac uprooting. For pop noir collagist Ela Orleans, this shifting existence is a reality and accordingly a hallmark for her tormented compositions that survive only to alarm, punish and dare the actualities of contemporary living. Throughout her work thus far, Orleans has continually pushed the perimeters of her unshakable pastoral pop beginnings; volcanic electronica and harsh experimental landscapes just some of the elements forcibly constructed within 2013’s Dead Albatross Prize winning album ‘Tumult in Clouds’ – a benchmark release upon which her sixth and latest recording ‘Upper Hell’ can duly be placed.

‘Upper Hell’ as a collection carries Orleans’ yearning for her natural habitat; neglected wilderness. This terrain is incessantly given unearthly life through her prudent use of metallic, darkened sequenced progressions that entangle with dance orientated components of flickering analogue synth. ‘Dark Floor’ exemplified the fresh cinematic approach with towering, sweeping vocals bristling within the defeated messages directed through the lyrics “no tears, no pain, no talk, no light”. ‘The Sky and the Ghost’ drove this blueprint; this time its narrative set against a Hot Chip illusory routine of edgy synths and jerking rhythmic section – if Outfit had a deranged cousin, she’d share Orleans’s name.

The sinister scores reached a frantic moment through the unhinged tones of ‘River Acheron’. Misty church bells, a crackling gramophone voice that discusses anguish, labouring for breath and perilous waves, and a backing track befit for any low budget, horror film of the 90s; the levels of abnormality reached a disconcerting climax.

Throughout the remainder of ‘Upper Hell’ Orleans displays her thoroughbred thirst for genre-melding. ‘City of Dis’ – dirty within its rhythm generating harmonic distortion, an Atari Teenage Riot fierceness explodes into colourful rounds of acidic, tribal Transglobal Underground shimmers – and ‘Secret Hands’ – built centrally around more biting guitar, the grooves evolve into waving beats similar to a blackened Soft Hearted Scientists that intensify only once the home-made Mike Skinner strings bleat out from aloft the raining tinny electronics – exert their dominance; allowing brief refrains from the complexities of Orleans’ commanding voice.

‘We Are One’ begins restless; Orleans’ reflective vocals, that often tower above the disorder below, crushing any positivity that remains. However in the culminating patterns, it awakes with twisted triumphancy resolutely on parade. ‘Upon the Abysses’ retained this darkened euphoria; striking with its savage western meets horror soundtrack allure. ‘Through Me’ – glossing despondency with collective murmurs from a troubled choir – completed ‘Upper Hell’.

As a collection ‘Upper Hell’ remains purposeful to the originality of the Hassle Hound front-woman. Her commanding compositions deriving from Orleans’ burgeoning career as a film composer. Without the perturbing sound-bites of ‘River Acheron’, it wouldn’t feel as Orleans. With this coming within the moments between troubled jubilation, it was almost out of place. But, then, like her previous work, Orleans still maintains the alacrity to shock.

All words by Clive K Hammond. More from Clive can be found at his Louder Than War author’s archive.