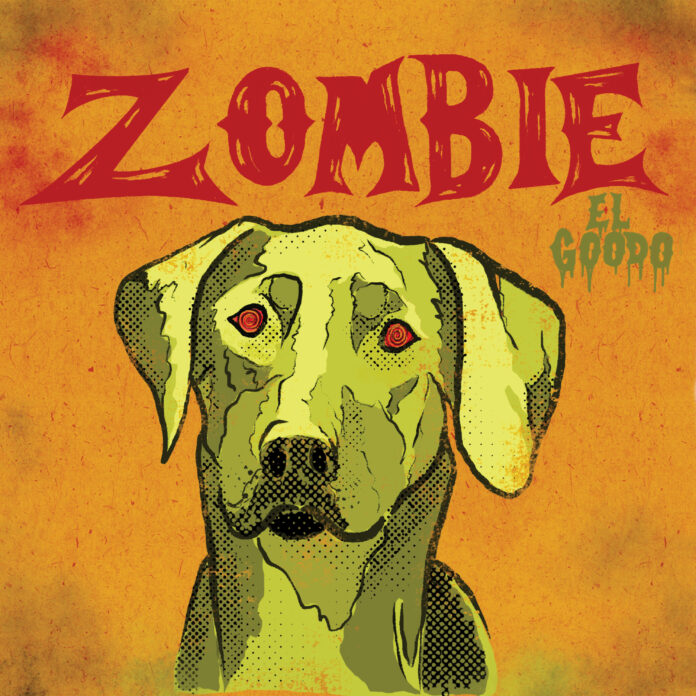 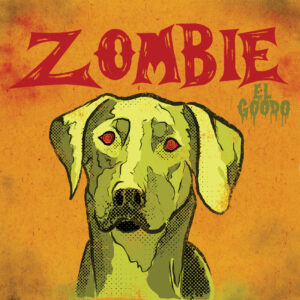 Back with more velvet harmonies, El Goodo release their fourth album. Dave Beer wanders into it for Louder Than War…

There is a thin line between being timeless and being backward-looking. El Goodo’s new album Zombie is comfortably on the right side of it. They skirt nostalgia with the sheer sparkling freshness of their endless melody-making. An unhurried cherry-picking of music’s history results in a record that doesn’t sound out of place or time.

The musical equivalent of those experts on that well-known TV show that takes worn out household items and transforms them into something new and almost unrecognisable from their original form. That is what El Goodo do with sound and melody.

Listening to Zombie brought to mind the cultural theorist Frederic Jameson’s writings on pastiche. In his celebrated essay published in 1984, Jameson wrote of a move away from parody and toward an interest in exploring and reworking the past. Cut adrift of its reference points, a pastiche brings together bits of culture to form something new. A playful and creative form of borrowing emerges. That was what Jameson was observing,  the rise of disconnected references to the past that were not parodies but knowing and deliberate recompositions.

Perhaps today’s more relentless focus on newness has distracted from the power of a good and knowingly composed pastiche. El Goodo openly deal in pastiche, they assemble together lots of bits to create there own identity. It’s the music that matters here, image and the hinting of something new do not get in the way. They stand out because of the quality, and because the references they assemble aren’t the same as others. It is the adherence to the careful crafting of sound that stands their records apart.

This is El Goodo’s fourth album and it doesn’t depart from their trademark sound. These are pieces cut from the same materials. The same texture, the same feel, the same weave. I reviewed a digital reissue of their debut LP for Louder Than War earlier this year – the seeds of this album are easily identifiable in that. And there is certainly crossover between this new release and their last LP, 2017s By Order of the Moose. Although Zombie is perhaps a little more expensive than its predecessor.

Things Turn Around is a strummed and harmonious opener, setting the tone for what then follows. The chiming Byrds style Home is one of the more upbeat and frontfoot moments. Both opening tracks represent what El Goodo do so well: subtle, warm, classy song writing. The pattern continues through the lush ahhhhhhhhs of I Can’t Leave – where they lament the overly large number of “the same sad songs”, which, they sing, “doesn’t mean a lot to me”. El Goodo the optimists perhaps, although they do their own line in reflective melancholy.

The striding Forever Casting Shadows moves by quickly, swinging into the pulsing The Grey Tower, the latter of which was a single. It’s Been a While is a velveteen stroll that takes the listener through to the country tinged You Let Me Down.  The standard continues across the thirteen tracks. The gruffer In a Daze… lurches into a more muscular part of the record which then steadies with the lullaby Oh My!. The throttle opens a final time on the album closer If the Coast is Clear. There is a style on show here, but the bits being assembled fall into lots of different patterns.

An El Goodo long-player is always a thing of beauty. This is a band with high standards. A roll-call of an unclear past, this is overtly a pastiche, but its not so much blank in the way that Jameson described but is better thought of as warm and instant. The right side of timelessness, it doesn’t feel old or jaded it just has a sense of permanency. If it were an item on one of those furniture makeover shows, it would be said that it has a bit of patina but plenty of use left in it and lots of possibilities, in the right hands.

More information on El Goodo can be found on their Facebook page.

Words by Dave Beer. More information about his writing is on his website.