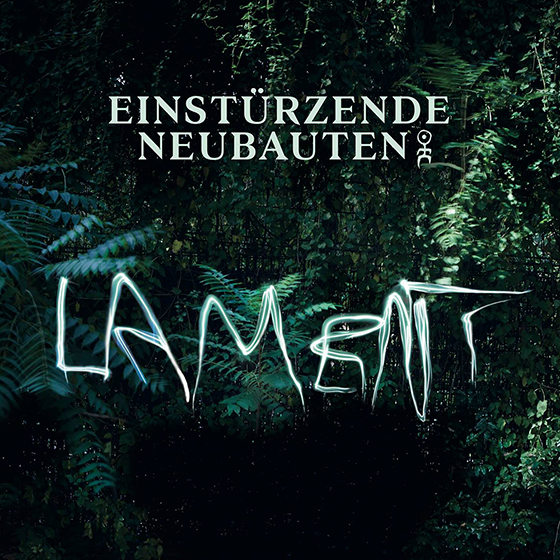 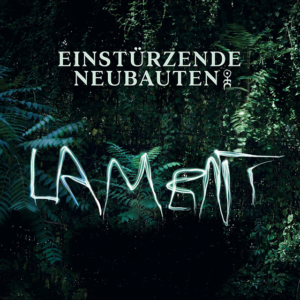 On a night when Savages were playing their remarkable joint gig with Bo Ningen and Jesus and the Mary Chain were doing one of those rare album revisits that is actually pretty good and not an exercise in rusty nostalgia, it was going to take something pretty special to stand out.

And this was pretty special.

Einsturzende Neubauten’s performance of Lament was as visceral, atmospheric, emotional and stunningly, utterly original as you would have prayed for.

The production, which was almost theatrical in its scope, was originally commissioned for a one off performance in Diksmuide in Belgium for the 100th anniversary of the First World War but has swiftly blossomed into a major European tour. It’s a measure of Neubauten’s genius that they can somehow combine their Dada approach to music and art and ideas and take them to a brilliant extreme and make them work in a live arena with all the emotional stuff in there along with the intellectual sparks and cute sensitivity and a boundless imagination.

The sold out audience was spellbound from the start as the band played through most of Lament – a recording which most people will not be familiar with yet having only been released this week. Most bands play one new song in their set and the queue to the bar and bogs is suddenly endless but Neubauten take the audience on a brilliant trip and no-one moves- standing spellbound by the magic.

It’s down to their charisma and blink and you will miss one of their roll call of brilliant musical ideas.

Ideas which include N.U. Unruh’s endless great percussion tricks which include seated tap dancing, clanking at bizarre looking chunks of metal, playing almost African rhymes on plastic tube pipes and pinging and rattling weird looking toys and pieces of metal and plastic. N.U. Unruh is the often unsung heart and soul of Neubauten – he’s been there since the star with his school friend the charismatic and brooding Blixa Bargeld. He is Blixa’s eccentric foil and his head seems to fizz with ideas and rhythm patterns and he moves around the stage providing the non-trad musical elements and the curveball clanking that gives the band such a special flavour.

Emperor Blixa is as imperious as ever, dominating the proceedings with his well over six feet of stage presence. His voice switches from growls to croons to that spooked inwards scream as he tells a set of stories about the First World War that neither document or comment but leave the listener’s mind whirring with excitement at the ideas and dark thoughts.

Stories like the all black American infantry unit and proto jazz band the Harlem Hellfighters who have two of their songs covered in the set that sees Neubauten go neo – proto – swing – jazz with crooning vocals and jive rhythms played out on their collection of Metallic KO instrument. There are moments of heartbreak sadness with backdrops of gorgeous melancholic strings with the band playing back these haunting recitals of the Prodigal Son from prisoners of war recorded after they were captured on the frontline and studied by language experts whilst in captivity. The long dead voices sound like crackling ghosts and the poignancy of the deep sadness of war echoes down through the decades and out over the PA and into the 21st century ether.

By now you can easily tell that this was no normal bombastic rock show. Neubaten may have started off being labelled industrial noise but their music always had a beauty and sensitivity and incorporated the subtle moods of classical music to it. Later period the band have explored silence and textures but they have always worked within their own framework and aesthetic.

There is no support band.

How can there be?

It would sound like some sort of weird interruption to the only reason anyone is here. The venue builds up anticipation in silence- there is no distracting indie smog background. When Neubaten arrive onstage they look like a sharp crack squad of Sicilian undertakers in sharp cut black suits with only Alexander Hacke looking slightly rock n roll in his waistcoat and tattoos combo- Alex and Blixa also do the barefoot thing as they combine togetehr with the rest of the band to build up the churning metal textures of lament’s opening piece Kriegsmachinarie with Blixa holding up the lyrics on large cards.

The album itself is a document of the live show- it’s an album I’ve lived in for a couple of weeks so I’m coming to this back to front. In a sense the record is something that should be bought after the show but being immersed in it before helps to navigate through the textures and adventures. Kriegsmachinarie is a clanking and grinding endgame of sound as it combines to soundtrack the build up to war- that industrial machine of that industrial revolution gone mad as it clanks and grinds towards the darkness of war. The coolest part is Blixa holding up those cards with the lyrics on them- with no space in the metallic textures for the singing he opted to do this instead and it’s a perfectly Dada moment.Iif the gig haf stopped here I would still be declaring genius!

Hymen is a great switch in mood and a perfectly dealt three part harmony from the band as they sing the German and British national anthems which shared the same melody at the time as they underline the stupidity of war and the closeness of the nations and especially their foul and corrupt royal families. Already the show is opening up into something very special, switching from the metallic workout of the intro to something quite opposite is a stunning and highly effective switch.

Nikki Willy Telegrams is the closest to the conventional we are going to get here as the pulsing death disco of the bass lines and stripped down backing provides the backdrop for Alex and Blixa to read out the telegrams from the kaiser to the Czar and their matter of fact delivery underling yet again the entwined links of Europe’s venereal leaders as they prepared to send millions of their own subjects to a rotten and stinking death.

In De Loopgraaf sees yet another great drole Blixa introduction as he explainsthe  song with a dead pan humour and the fact that Loopgraaf is German for trenches.

WW1 percussion pulses its strange and yet hypnotic mathematical structure built around the band playing the plastic pipes in a pulsating rhythm and Blixa with the looped backing vocals intoning the names of the countries as they enter the war and events from war itself. This is so beyond the dull bales of straw that are lobbed at us representing alternative music it’s not true and in a lesser band it would be a merely clever exercise but part of the genius of Neubauten is that they make a list piece like this drip with emotion and passion and drama without any phoney histrionics. Blixa merely wanders up to the mic and says a country’s name and wanders barefoot to the back corner of the stage and stands there with his hands crossed in front of him and oozes the ooze.

Achterland comes up next and is the first break from the recorded version’s running order. Neubauten have chosen to play Lament live in a different order than the recordings for various reasons. On Lament the next track would be On Patrol in No Mans Land breaking up the minimalist scratching and pulsing but the song is moved further into the set to create a dynamic build up. Meanwhile live we are in a deep and impenetrable zone as the band craft that near silence thing they are so good at, chime bells and hissing steam machines create the backing for Blixa’s stark barbed wire poetry and it’s totally spell binding.

They even slip in a piece of the hauntingly beautiful Armenia from Zeichnungen des Patienten O.T  album because it’s one of the older songs fits perfectly in the current Neubauten set dripping with historical reference and the same melancholic darkness. It’s eastern drone melodies and dark hearted strings are like what classical music should and would have sounded like if pop culture had not got in the way and are at the heart of a long lost European aesthetic- it also features Blixa’s brilliant, throat shredding, inward scream over the menacing yet emotive drone.

On Patrol In No Mans Land pops up next in the set breaking the long and haunting stripped down section. The cover of the Harlem Hellfighters song is sung by the band in harmony and its proto jazz structure and the story of the Hellfighters themselves and the way they were treated at the time by the American army for being black men fighting for a country that had grudgingly only just granted them a freedom is shocking to hear to this day.

The Lament track is as haunting as it gets with a drone holding the background for the droning vocals that swirl around the venue like the mist on an autumn day in the trenches.

How did I die ends the set with it’s moving elegy to death in the trenches aimed at the German high command and gives Blixa a chance to prove he has an idiosyncratic and affecting croon all of his own.

The band return to a standing ovation for a version of Pete Seeger’s Where Have All The Flowers Gone, before pulling out another of their older songs- the anthemiclly powerful Do It A Dada which sounds like a brooding monster tonight and even more powerful than on the recorded version. Again it fits into the concept of the show detailing meeting the key figures of the Dada movement as they formed in 1916 as a reaction the madness of World War One. The band then return for a final couple of songs with the Harlem Hellfighters poignant No Mans land then iche Gehe Jetzt from Perpetuum Mobile.

Blixa Bargeld likes to say they are in the business of entertainment and they certainly score maximum points in that context but it’s all the other stuff like musical imagination, stark and brilliant ideas and waves of emotion found in the unlikeliest of places like long forgotten old songs or lumps of metal that make gigs and a band like this so damn magical.