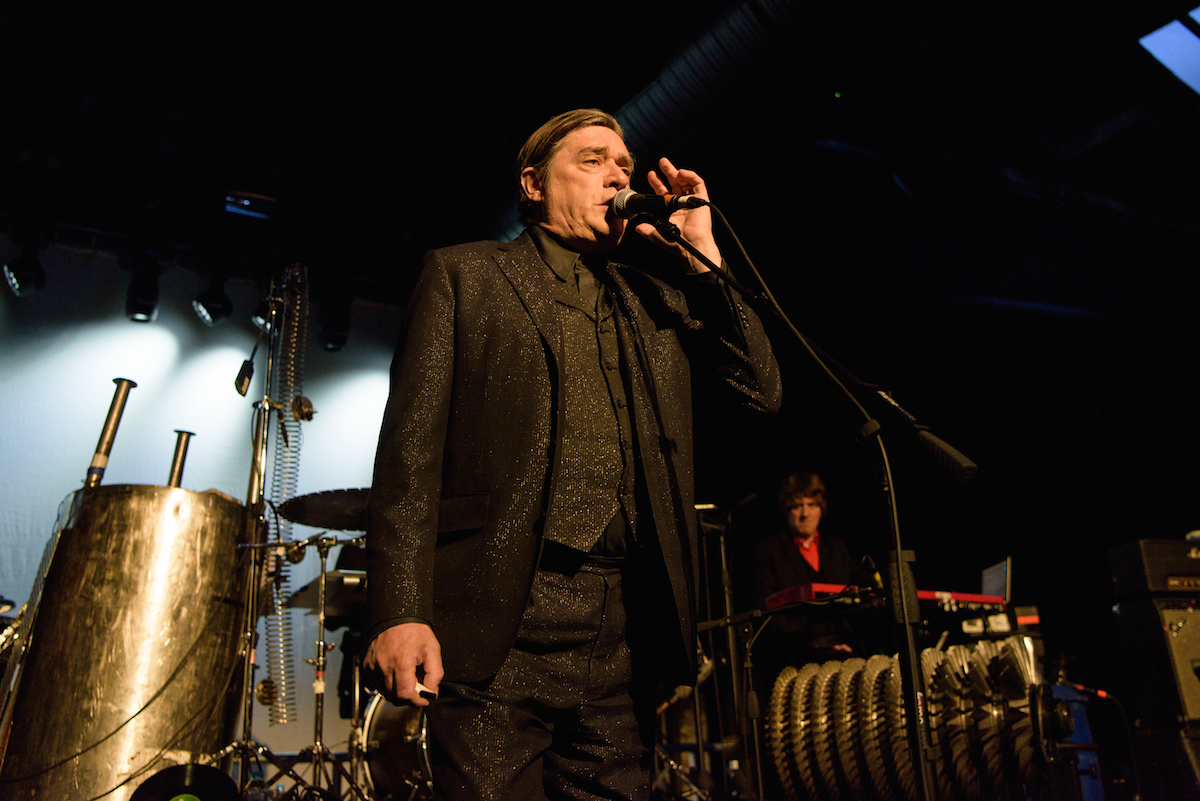 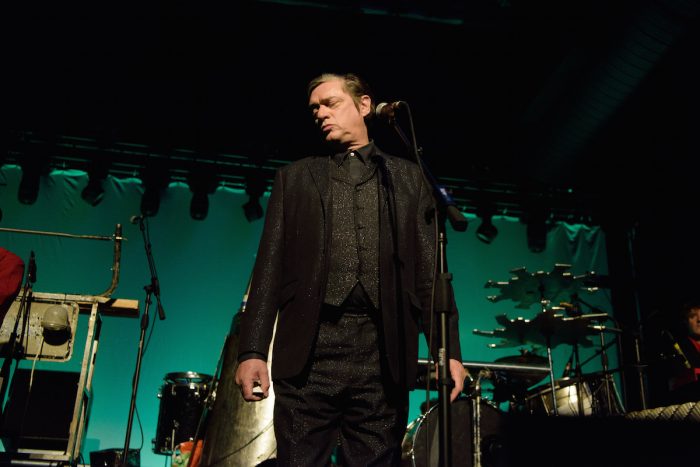 A beguiling and brilliant set from German Industrial pioneers Einstürzende Neubauten in a venue which couldn’t have been anymore suited to them.

Newcastle’s newest venue tonight plays host to one of our favourite bands for the first time ever in the city, currently touring their greatest hits Einstürzende Neubauten are, to put it lightly, living legends. Add to this the grandeur and history of the Boiler Shop and it is already going to go down as a special evening, the Boiler Shop itself is part of the Stephenson Locomotive works dating back to the 1820’s. There are few venues any more suited to the German industrial titans, and having been refurbished very carefully the venue still retains its industrial charms. 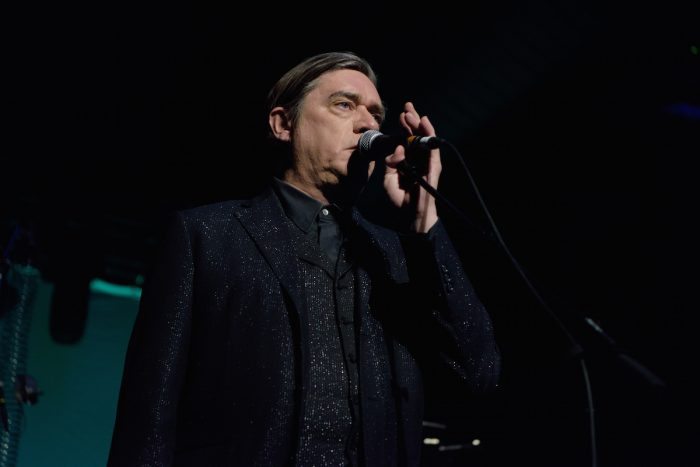 Without support or even any music before the band take to the stage, people are left to mill around with the excitement building. They receive a raucous welcome as they file on to the stage, opening on a sombre and somewhat soothing note with The Garden it’s a subdued start. That is quickly rectified with a rousing rendition of Haus der Luge, Bargeld crooning through each track as the band provide the thunderous backing track. Einstürzende Neubauten are rightfully known for their intense live performances, fortunately tonight is no different.

There is a power and authority that befalls Bargeld unlike any other front man, his intimidating presence cut with his dry humour making him the perfect leader. They move between sparse and haunting to forceful and brash within an instant, Youme & Meyou sees Bargeld at his most sinister early on as the darkness emanates from the track only to be enforced by his sneering delivery. Whereas Die Befindlichkeit des Landes elevates the set to a whole new level with it’s heavy bass and higher tempo, the percussive elements heightening the track. 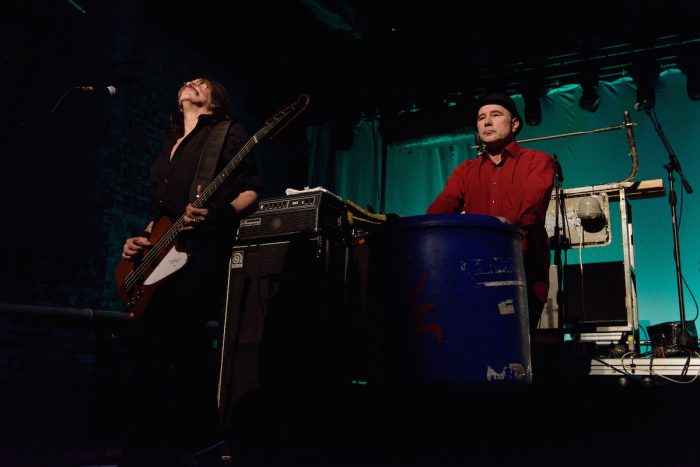 However, this is true throughout the bands set and something that they have become undoubtedly known for, the variety of diverse implements used to create these beguiling tracks is exceptionally impressive. Sabrina provides another facet to tonight’s set with its ferocity and harsh subject matter, once again Bargeld’s aggressive delivery takes to the fore as the slow and deliberate track takes a backseat. As they close out their main set with How Did I Die? It provides a fitting end to an astounding set.

As the band return for the first of two encores the veil of intensity has dropped somewhat as Bargeld deals with a heckler asking for a song that has already been played in an amusing fashion. Followed by a particularly sultry rendition of Silence Is Sexy that has the crowd going wild at every one of Bargeld’s cigarette breaks as the crackle of the cigarette emanates throughout the venue. This first encore is ended by the rather graceful tones of Total Eclipse Of The Sun. 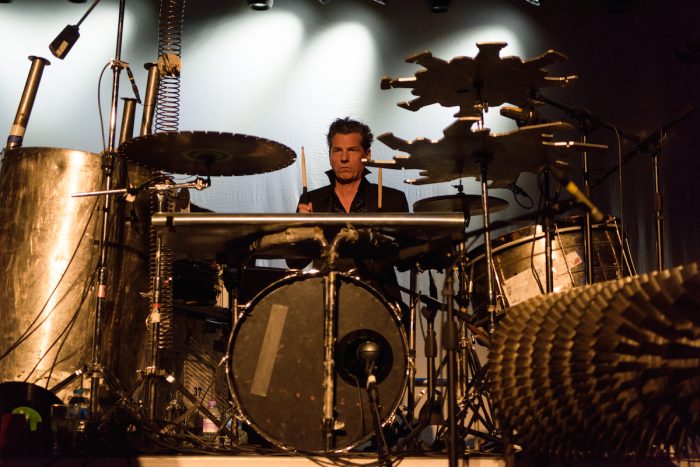 This delicacy is short lived though as the band return for one final hurrah with the exceptionally fervent Salamandrina and Redukt. Both of which benefit from the venues incredible soundsystem, as the set reaches it’s final crescendo you cannot help but be awe-struck by these astounding musicians. Redukt is the perfect ending to this incredible trip through the bands back catalogue. Tonight Einstürzende Neubauten were out of this world, couple that with an equally breath-taking venue and perfect sound and you really cannot go wrong.