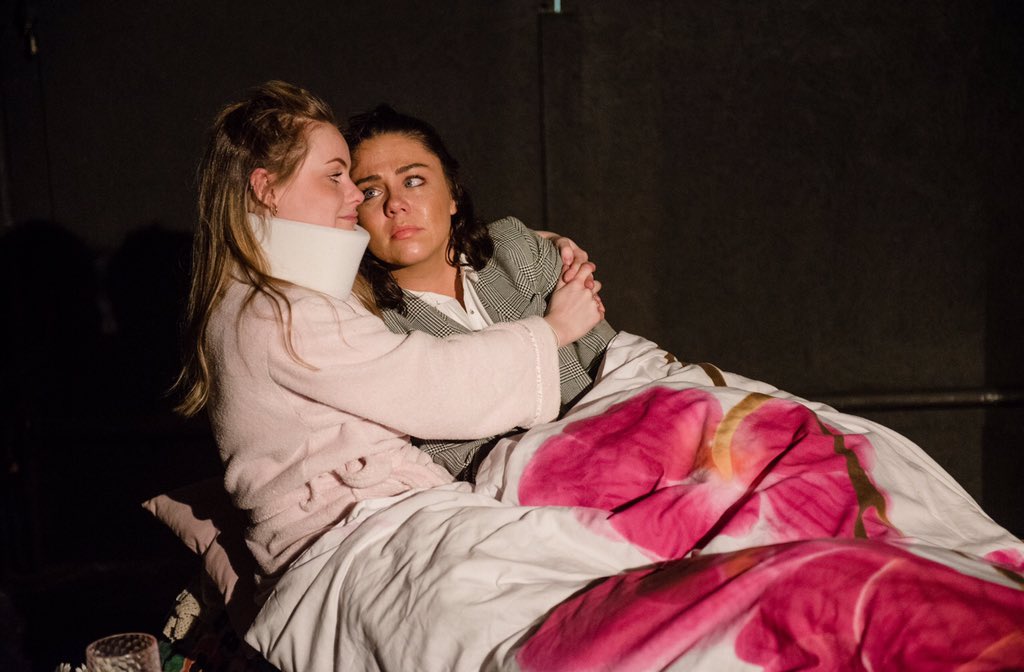 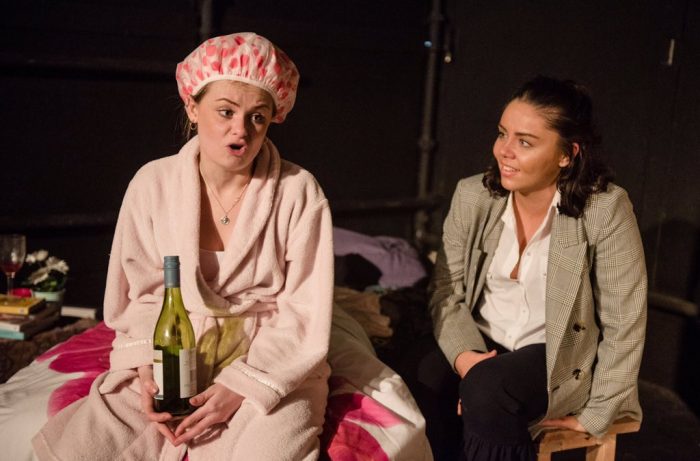 Friendships – can start to crack under strain, but ultimately when pressure is applied to the ends, there is an inner strength that endures –  like an egg. This concept of endurance against the odds – and in that, hope – was one of the profound themes behind Florence Keith-Roach’s hour-long dark comedy EGGS.

Watched under the arches at Manchester’s innovative theatre space 53two, a day after International Women’s Day, there seemed something particularly fitting about EGGS’ exploration of female friendship, femininity and feeling.

Set at a point in life where a pair of friends played by Emily Curtis and Lauren-Nicole Mayes are confronting adulthood head on; these two nineties kids are faced with life’s expectations of enjoyment, sexual success, employment. Sounds easy? It isn’t.

In fact, this is a complex, well-constructed dark comedy which handles a profound subject with searing emotional resonance – the place of women in society and the associated pressures. We see two friends cracking at various extremes; Curtis playing a compulsive ex-arts student with a passion for 90s anthems and apparent existentialism, Mayes conveying a woman driven by her career… and her desire to have a baby …and the doubt.

Doubt is a difficult and oft dubious concept which throws into disarray the standards of simple satisfaction – and is a theme that EGGS does not shy away from engaging with.
This is very much a two-character hour-long tour de force, testament to a binding emulsion of skilful acing which still had the raw resonance of adaptability on the stage – the characters moulding and shifting according to their experiences – brought together with punchy, powerful direction from Chantell Walker.

An egg after all could be seen as a symbol of female potential – full of life, that needs to be nurtured and also fragile. The form of the play provides this ‘balancing act’ so to speak – like the yolk and the white – delving into deep subjects such as abortion and emotional craving, baked with the bathos of brilliant rave-dancing and resonant wit. Themes such as female sexuality were shown and celebrated.

With Mayes’ insightful exploration of character 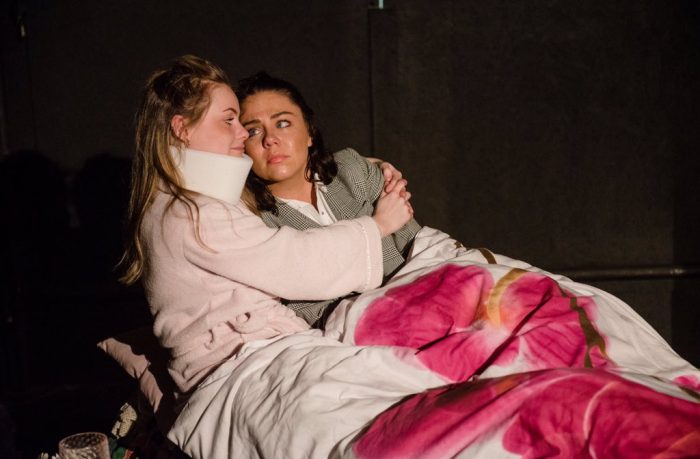 , revealing the professional with a ‘party’ side, brought together with a frenzied yet philosophical artist acted with expertly channelled-energy and emotional warmth from Curtis, we recognise the capacity we all have to grow, to change, but also to love.

After all, it is the bubbles created by eggs in cake mixture which contribute to its rise. EGGS is a brilliant mixture of life’s questions through the lens of female experience, layered through with laughs and rose to a peak of sold-out status during its stint in Manchester. Sweet.

Photographs – with thanks to Liz Baker