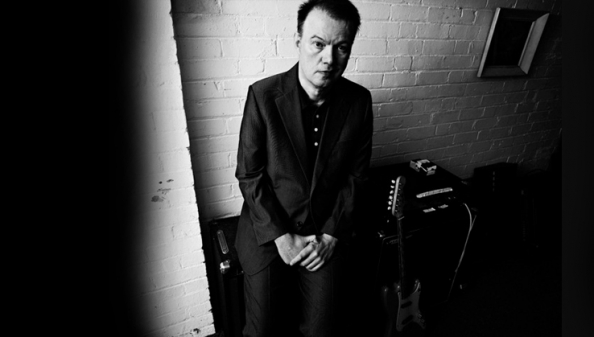 The Ex-Orange Juice frontman performs a great gig at The Roundhouse as a part of their “In The Round” series of intimate concerts. Louder Than War’s Craig Chaligne reviews.

The Roundhouse was in an all seated configuration to welcome Edwyn Collins and his band. Having seen many gigs here over the years in this venue, I found that it’s probably this kind of intimate setting that suit the venue best (The Bert Jansch gig I saw there in 2008 was fantastic). Having made it too late to the venue to catch Shao Hao‘s opening set, I can only encourage you to check out his tunes.

Collins debuted his set with “Losing Sleep”, the title track from his 2010 LP, a punchy northern soul stomper that provided a perfect start for a celebration of the Scotsman’s back catalogue. The setlist was generous in tracks from his Orange Juice days with great versions of “Falling and Laughing”, “What Presence”,”Dying Day” and “Felicity”. Nevertheless Edwyn’s latest albums have all been uniformly great as “Understated” from his 2013 LP of the same name proved. His earlier solo albums weren’t forgotten with a soulful “The Wheels Of Love” from 1989’s “Hope and Despair”. Edwyn seemed to greatly value the performance of his band introducing them several times and gently chiding them when they fluffed the intro on one of the songs. A duo with his son Willliam on “In Your Eyes” provided a touching moment. The bluesy “I Got It Bad” was introduced by a weary Edwyn claiming that one was a new addition to the setlist and that he would try his best, he then proceeded to sing a great version of it. The main part of show finished with three of Edwyn’s most famous tunes, Orange Juice’s enduring “Rip It Up”,  the jangly “Don’t Shilly Sally” (first issued as a single in 1987 but re-recorded for the soundtrack to “The Possibilities Are Endless”) and of course “A Girl Like You”, possibly one of the greatest pop single of the nineties.

A great encore started with just Edwyn and bass/guitar player Carwyn Ellis on “Home Again”. Lead guitar player Dave joined them for a cover of Python Lee Jackson’s “In a Broken Dream”. The Saxophone player played a great solo on “Quite Like Silver” and the whole band joined again to finish on the uplifting “Blue Boy”